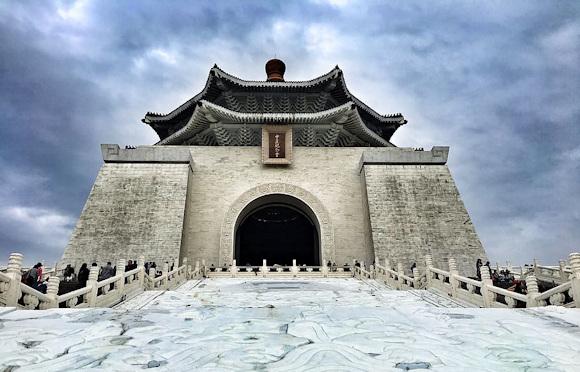 Talk about the Republic of China (ROC), or simply Taiwan, it is also understanding how history could have evolved in the People's Republic of China (PRC) if Mao's Communists had not won the civil war against Khiang Kai-shek's nationalists in 1950.

On the one hand, a modern, economically advanced democracy based on the rule of law; on the other, an autocracy, in which the communist party apparatus decides on the lives of 1 billion citizens.

This is one of the impressions that Difesa Online drew from the meeting with the head of the Taipei Representative Office in Italy, amb. Andrea SY Lee, held in recent days, on the sidelines of the evening dedicated to him by the Atlantic Club of Bologna.

Ambassador, he also came to talk about the economic opportunities that Taiwan offers to Italy and to the world.

Taiwan is a high-tech country, with a great research and development (R&D) capacity, in continuous technological innovation and with a great capacity to respond to the challenges of the present. Just think of the efficiency with which we have responded to the Covid problem. We are, in short, a country that believes in the power of innovation.

He mentioned Covid. The experience of SARS in 2003 certainly facilitated you in the knowledge of the procedures to be adopted, but we were all struck by the speed with which you contained the pandemic, shown by only 500 positive individuals out of a population of 23 million inhabitants.

Of course, just think that of the 500 cases, 8 out of 9 of the positive individuals came from abroad. You are right, we have had seven deaths in seven months, which is equivalent to one death for every three million inhabitants. With you, in Italy, one death for every two thousand Italians has so far been recorded, and we are talking about one of the countries in the world that has best dealt with the pandemic.

However, Taiwan has shown that it can capitalize on past experience, with a sense of discipline and using technology. Knowledge of China's opaque modes of action also played a part in our victory against this terrible scourge.

A success achieved despite the fact that the World Health Organization (WHO) did not provide you with the data you needed.

WHO omitted the importance of informing Taiwan and forced us to act alone. And so we did, playing in advance. Just to cite an example, with over thirty assembly lines, we have managed to increase, in one month, the production of masks from 300 thousand pieces per day, to over 20 million.

A precious commodity that has also become an export.

Just think that we have donated 15 million masks to the EU, 500 thousand of which to Italy, further demonstrating how the Taiwanese are able to combine discipline with innovation and rapid reaction. And we have produced quality masks, unlike the many in circulation provided by some other "donor nation", which then turned out to be of dubious workmanship.Ours was a coordinated humanitarian action, at European level, with the EU. With that, I would not like to talk about our “mask diplomacy”.

When at the beginning of the emergency our government closed air connections with China, it also included Taiwan and Hong Kong: did this decision create problems for you?

I'll tell you, the inclusion of Taiwan had only a political motivation, which we immediately challenged. From our point of view it was, by Rome, an incorrect evaluation of health policy.

Returning to the economic theme, you are a great regional economic power, one of the four Asian tigers, which like few others is riding the digital revolution underway, and, at the same time, you are an important economic partner of China, a country in which you have numerous sites. productive. How do you manage to harmonize the ups and downs of political and diplomatic relations with Beijing, with the needs of a commercial nature that require decision times and familiarity with the customer?

This happens for two reasons. The first is that China recognizes the importance of having Taiwan's investment and technology input, and therefore receiving our products is in its best interests. The Taiwanese have brought their experience in organizing production lines and in relations with foreign customers. If it is true that China produces the iPhone for the whole world, it is equally true that it does so thanks to Taiwanese industries, such as Foxconn, located on its territory.

Therefore it is important for Beijing to have good relations with us: it is in its best interest. That's why it welcomes millions of tourists and students from Taiwan every year. Closing this flow would not make sense and would be against Chinese national interests. On the other hand, China is also important to us as it is our largest market. The Chinese buy our technology and our products. Just to give an example, we - not them - are capable of producing high-tech microprocessors.

We should not be surprised, then, if China has never closed its connections with our Republic, even when governments and presidents, like the present ones, have taken office in Taipei, fighting for autonomy and de facto independence. A sign that both States agree that such a situation remains unchanged.

The Romans spoke of the "status quo", I understand that this is precisely the wish of both sides.

Of course, it is the same reason why China did not shut down Hong Kong despite the dissidents and centrifugal forces present. It doesn't suit him because the city is too important economically and financially, and Beijing cannot deprive itself of the fruits that this opening produces.

The current president of Taiwan, a woman, recently reconfirmed with a great popular consensus, is pushing the political line of independence. The Reuters news agency, some time ago announced a major acquisition of weapons and military equipment from the US. I then ask you if autonomy and independence remain the only possible prospect for your country in the context of relations with the "bulky" neighbor.

You see, as I told you, we want the status quo. In other words, we are convinced that in reality there is only one China, historical, cultural, ethnic. We think that there is only one Chinese civilization, but that, at the same time, there are two political realities. This is not the fault of Taiwan, which indeed recognizes itself as the real China, whose official name is still "Republic of China", the original one. On the other hand, it is necessary to be practical: the reality of the facts is the only possible truth, which can never and must be neglected.

China and Taiwan are two states, this is a fact. It is therefore necessary to find a formula that allows a peaceful and prosperous coexistence between the Republic of China and the People's Republic.

We certainly do not pretend to reconquer the Chinese mainland, but, on the other hand, they cannot expect us to open the doors of our house and "surrender" to their will, becoming their province. We have our own republic, with our own president, our own parliament, our own foreign policy and a judicial system based on the rule of law.

We do not want to change our name, we are the Republic of China, free, democratic, prosperous, which respects the rule of law, and which so far has exercised direct universal suffrage five times.

We claim to be respected and treated for what we are: a country proud of its history, its present and its country system, with an economy that has started growing again by 2%, when the rest of the EU is growing negative by ten. points.

Taiwan works for dialogue, but China does not want to dialogue. We think that the formula "one country, two systems" does not work: just think of Tibet or Hong Kong ...

This is because autonomy is seen by Beijing as a danger. And we cannot renounce our autonomy and independence.

During the visit to Varignano, Difesa Online had the opportunity to interview Rear Admiral Massimiliano Rossi ...
8160
Read