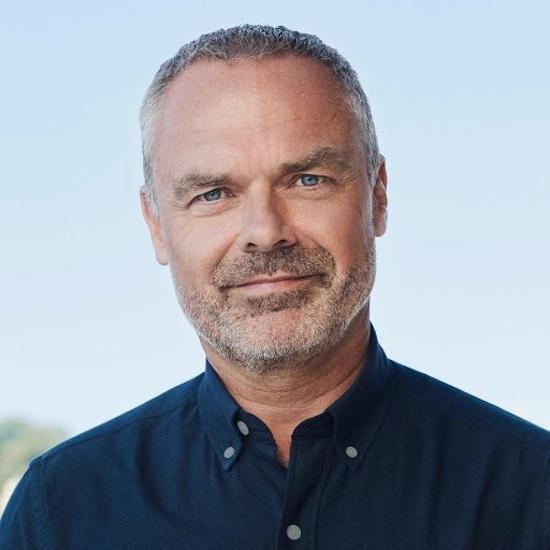 "Whoever loves his life loses it" (Jn 12,25:XNUMX) recites the Gospel of St. John. To what extent can we wish to preserve ourselves, even at the cost of losing freedom and values ​​that were considered non-negotiable up to eight months ago?

Italy, France and even, after the initial reluctance, the United Kingdom last spring followed China's lead by imposing severe lockdown, in order to "save our lives". This autumn they are starting, more or less, on the same path. Beyond the economic and social damage, all this represented an enormous and threatening historical precedent: in the future, whenever public health imposes it, the constitutions can be suspended by administrative means.

In this disturbing trend, one country in particular has not followed suit: Sweden. As Ambassador Jan Björklund says in the course of this interview granted to us in recent days, his country has chosen to "take the right measures at the right time", listening to internal and international experts, but in the end letting the government be making decisions, without hiding behind the fig leaf of the committees of scientists. In doing so, Stockholm has not joined the Communist China imitator club, whose responsibilities for the damage of the pandemic may eventually be assessed in the near future.

The press of many countries, including Italy, have presented the Swedish approach to the COVID-19 epidemic as an attempt to achieve herd immunity. Last May, your Ministry of Health stated in an interview with us that you could not have done otherwise since "the Swedish constitution does not allow the government to declare a state of emergency ... and the limitation of these rights (freedom of movement, etc. .) requires a decision by the Swedish parliament. ”Why has so many media been so biased?

The Swedish government has put forward many different measures in different areas to combat the coronavirus. Relevant independent government agencies make recommendations, government makes decisions. Each decision is based on what is deemed best for the nation and people of Sweden. The decisions aim to limit the spread of the infection in the country, ensure the availability of health resources, limit the impact on critical services, mitigate the effects on people and businesses, and alleviate concerns, for example by providing information.

Sweden's response to the coronavirus pandemic is about taking the right measures at the right time, because different measures are effective at different times. The country's response is also partly based on voluntary action, for example: authorities recommend people with symptoms and over 70 to stay home rather than impose a nationwide lockdown.

In Sweden, crisis management is based on the principle of responsibility. This means that the government agency responsible for a specific area under normal circumstances is responsible for the same area even in a crisis situation.

Is the Swedish government fully satisfied with the positions and actions of the World Health Organization in this crisis?

The Swedish public health agency is carefully studying WHO recommendations, but each country makes its own decisions.

Would you say that the economic and social impact of the COVID-19 crisis in Sweden was less than that of most European countries?

As in all countries, the COVID-19 pandemic in Sweden has had a serious impact on economic growth. We can see signs of recovery even though Sweden's economic situation remains very serious. There is a lot of uncertainty about how the pandemic will develop and the recovery may be delayed. The government is now starting to move from temporary crisis response policies to investments to make the country's system spin again and create new jobs. To get Sweden out of recession as quickly as possible, we need to get our economy up and running.

What is the position of the Swedish government, as one of the so-called four frugal countries, regarding the European Recovery Fund and other attempts to reduce the impact of COVID-19 in the Union?

We support the Recovery Fund and Sweden will continue to play an active role in the European Union. At a time when we face many common challenges and one Member State even decides to leave the EU (the reference is to BREXIT, ed), we want to see more transnational cooperation. For more and better jobs, for an ambitious climate policy and for the safety and protection of all who live here.

What was the role of the Swedish military in tackling the COVID-19 crisis last spring? Military or not, did you have an emergency plan ready?

No country in the world had a ready-made contingency plan for this type of situation: all countries, including Sweden, are now better prepared for the second wave. In Sweden, emergency preparedness is intended to protect the life and health of the population, the ability of society to function and the ability to uphold fundamental values ​​such as democracy, the rule of law and human rights.

Could the Chinese government have done something more and better a year ago when the pandemic was first identified?

With the knowledge we have today it is too early to comment on this.

When you are lucky and have the opportunity to interview a Middle East expert such as prof. Uzi Rabi would be ...
1153
Read

NATO Defense College (NDC) celebrates its 70th anniversary. On November 19, 1951 it was officially established in ...
578
Read

During the visit to Varignano, Difesa Online had the opportunity to interview Rear Admiral Massimiliano Rossi ...
8152
Read