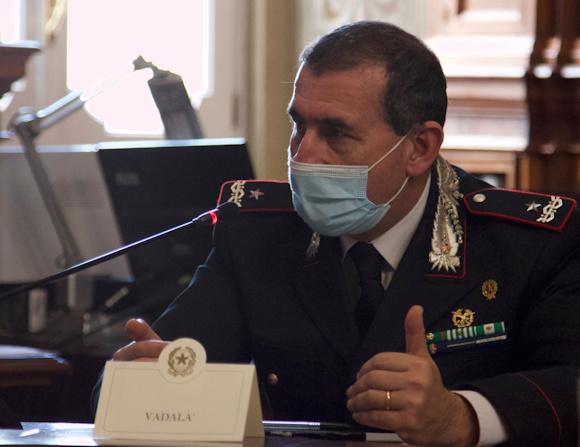 On March 31, the council of ministers confirmed the brigadier general of the carabinieri, Giuseppe Vadalà, in the role of sole commissioner for the implementation of landfill remediation measures following the Italian infringement sanctioned by the European Union.

The general had already been appointed extraordinary commissioner by the council of ministers of 24 March 2017, by the then Gentiloni government, following the sentence of 2 December 2014, inflicted on Italy by the Court of Justice of the European Union, for failing to execute a 2007 ruling, which found non-compliance with the waste directives. This ruling obliged Italy to pay a sum equal to 42.800.000 euros for each semester of delay in implementing the necessary measures.

General Vadalà, is Italy still under the sanction of the European Union?

As regards landfills, Italy received a first sanction in 2003, the second in 2007, the last in 2014 which affected 200 national landfills not reclaimed. Since 2014, Italy has begun to pay 42.800.000 euros every six months, however, thanks to the Ministry of the Environment first and, from 2017, to the intervention of the carabinieri, the penalty has been significantly reduced and reached the current figure of 6.600.000. 200 euros. Of the previous 30 illegal landfills, 2024 remain and will be made safe by XNUMX.

What is the procedure for securing landfills?

In the case of landfills dating back to the 80s / 90s of the last century, when the first waste emergency occurred, sites were prepared already lacking the characteristics required by current legislation, thus raising the first problems, moreover, a serious mistake was that they remained open and were not promptly reclaimed. Thanks to the European Union it has been possible to intervene in order to create a healthy environment, free from any type of pollution, consequently protecting the health of the population.

The carabinieri are therefore working on two levels: on the one hand, to limit economic sanctions, and on the other to guarantee the environmental sustainability of the territory.

As carabinieri we are operating within the CUFAA (Forestry, Environmental and Agri-food Unit Command), formed in 2017 within the Arma in order to prevent and combat environmental crimes, but also to "fix" or provide good coordination between carabinieri and territorial bodies. It is therefore necessary to work in synergy with the Municipalities and Regions in order to preserve the territory in the best possible way from any form of pollution.. In practice, we are an operational arm of the Ministry of the Environment and the government that carries out a work of connection between the various peripheral administrations, present in the area, and the central apparatus.

In these four years I have seen what we can define as a great team effort and the results have been very positive.

In your experience, how much does organized crime influence the creation of illegal landfills?

There is a line of organized crime that has entered the public procurement code in order to be able to manage public funds. But there are also individuals who seek to make money, or more simply seek preferential lanes, through corruption. Our job is to prevent this from happening, through the implementation of the protocol with the Ministry of the Interior, signed in 2018, which controls the sub-contractors after the award of the tender (from 9.000 euros upwards), as well as through the National Anti-Mafia and Anti-Terrorism Directorate with a mixed working group, set up thanks to the prosecutor Cafiero De Raho, which allows us to be able to prevent crimes. We also use more public contracting stations (from the municipality to those at national level), there are 50 in all and 15 different types. Therefore a further element of prevention and control of the correct management of the tender is acquired.

Did you find any particular sensitivity to these issues in the current executive?

Since 2014, increasing importance has been given to the reclamation of the territory, currently the attention is very high, especially by the Ministry of the Environment, and more economic resources have been allocated. Even the Regions are doing their part, however it is essential that the funds are made available: these are investments that are not non-repayable but which are used to restore the territory and make it available to citizens.

The European principle "polluter pays" is sometimes able to objectify other times less because the processes and procedures are lost over the years. Therefore, given the pecuniary sanction to which Italy is subjected, it is essential to act quickly, the space to be restored corresponds to 0,6% of the entire national territory, perhaps it will not be possible to restore everything but certainly there are still important remediations to be made .

Is there coordination at the international level of the police force?

As Europeans, perhaps we are discounting the fact that remediation is not a common matter for the Union, each individual nation tackles the problem according to its own regulations. According to a recent estimate, in the EU area, there are 2,2 million sites subject to landfills or contaminated, caused by the strong industrialization that took place in all European countries in the aftermath of the Second World War. Today the time has come to restore, obviously Italy is not the only European country with these environmental problems, there is a European (but also global) need to preserve the territory also through reclamation. As stated in Article 44 of the Italian Constitution dedicated to land reclamation, which prescribes the recovery of land in order to then be able to cultivate it, the same article can be interpreted for environmental reclamation in order to preserve the land from excessive industrial production.

Another similar theme is that of urban regeneration, which is essential in order to have a return to environmental sustainability for the entire population.

The increasing industrialization of Western society has led to a steady increase in the production of waste, such as that of electronic devices.

Italy is one of the countries that has given the greatest impetus to the development of clean-up technologies, even for the recovery of precious metals there have been private companies for several years that recycle this waste and transform it into something else. If we managed to minimize consumption and at the same time better manage the disposal of the most polluting waste, our society could take a big step towards greater environmental sustainability.

How important is the collaboration of citizens for greater environmental sustainability?

Users are fundamental to any environmental and social revolution. We have seen it in food, how citizens manage to guide food consumption: less quantity and more quality. The same goes for waste management, thanks to separate collection, citizens are more careful in their disposal, moreover there are many virtuous municipalities that quantify the waste system, contributing not a little to a correct management of the same.

Equally important are the ecological islands, present in all Italian cities, even if they should have more extensive accessibility than it is now.

During the visit to Varignano, Difesa Online had the opportunity to interview Rear Admiral Massimiliano Rossi ...
8160
Read