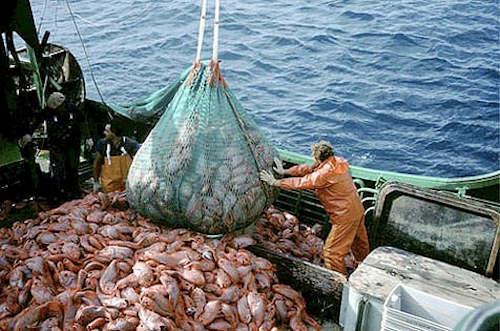 The case of the 18 seafarers from Mazara del Vallo, seized with their fishing boats 35 miles from Benghazi by General Haftar's navy on 1 September, rekindles the light on the situation of the Italian fishing sector in the Mediterranean.

We interviewed the president of Federpesca, dr. Luigi Giannini, on the matter and the current situation of our fishing.

What is your point of view on the kidnapping of the 18 seafarers?

They fished within the 74-mile belt (limit of Libyan territorial waters already declared by Colonel Gaddafi's regime). The EEZ (Exclusive Economic Zone) proclaimed in 2009 exists until it is modified. Some newspapers have not reported the news with the necessary level of detail, in fact I have read many critical notes on the EEZ that would have been self-proclaimed by Libya. The Montego Bay Convention on the Law of the Sea requires that the EEZ be declared by the coastal state that has an interest in it. Sometimes the reader is led to believe that this self-proclamation was made in a violent way or in any case outside the international rules: it is not so.

Whether Libya then does it downstream of a comparison with the neighboring or facing country also depends on whether the distance is such as to consider, in this case Italy, as the country concerned. Whole volumes of treaties on maritime law could be written on this. This does not invalidate the EEZ declaration and in fact I am not aware that any protest has been formally raised, either at the Libyan state or at the United Nations which presides over the application of the Convention. That EEZ exists, someone may have a different opinion but the truth is this: going fishing in the waters of another country should be considered an illegal act, unless authorized in advance by that country.

Regarding the kidnapping, I understand that negotiations are underway, the result of continuous contacts between our government and that of Cyrenaica to find a solution. However, we hope that we should move from the confrontation phase to a phase of collaboration with Libya, for many reasons. Libya is a friendly country and I believe we must start again in such a way as to find agreements that give way to a technical / economic collaboration between the two countries.

What are the difficulties our fishing boats encounter in the Mediterranean?

However, despite our protests, starting from 2008/2010 the situation has become heavy: the fishing fleets of the coastal countries of the southern shores of the Mediterranean and the Middle East have grown exponentially. So over the years, Federpesca has continued to highlight the fact that outside the territorial waters we are in the open sea, therefore fishing is free.

Furthermore, even if the same restrictions are applied to other fleets fishing in the North Sea - such as the stop imposed by the EU to allow cod to repopulate - it is still a sea that bathes 90% of the member states of the Union, therefore subject to the same rules.

In addition, the catch of North African boats is also sold in our fish markets at competitive prices, given the low cost of labor.

What could the government do?

This situation has been going on for a long time. For about twenty years it was quite normal that fishing activity in the Mediterranean could be regulated, also considering that other countries did not express a great fishing capacity. Over the past 10 years, the situation has changed.

In order to regulate fishing in the Mediterranean, at the same time, a policy of aggregation was initiated by all the third countries of the Mediterranean, through the General Council of Mediterranean Fisheries which is an organism of FAO. It has only one limit: what this Council issues are not regulations but recommendations, therefore not binding.

So, while our fishing boats are subjected to financial penalties that can go as far as the withdrawal of the boat license, if they violate the Union regulations, the vessels of the other countries bordering the Mediterranean can operate without any risk of sanctions.

From what emerges from the words of President Giannini, a possible solution to the problem would be to create one partnership of the Mediterranean countries with a shared and binding regulation but, at present, such an aggregation would be suitable only for Italy.