Home Recommended Events "The vision of Trump": presented to Bologn ... 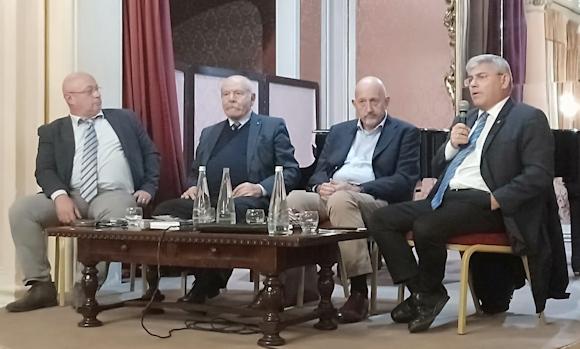 We talked about Trump, his foreign policy and much more, at the meeting organized in Bologna a few days ago to present the new book by Germano Dottori.

"Trump's vision - Goals and strategies of the new America " for editions Salerno is the last effort of the Roman professor of strategic studies of the LUISS, appreciated author of numerous books on international security policies.

Organized by the Center for Military Studies, the meeting, moderated by Antonio Li Gobbi, allowed the author to illustrate to the many speakers including Romano Prodi, the guidelines of his new work, discussing it with General Giuseppe Cucchi, formerly head of information and security department (DIS) and councilor of the head of government (Prodi and D'Alema governments) and of the Minister of Defense (Parisi); and with the director of Defense Analysis, Gianandrea Gaiani, a shrewd foreign and defense policy analyst.

Many issues were addressed during the meeting, made even more current by the visit to Rome, in the same days, by US Secretary of State Mike Pompeo.

Starting from the one that for Cucchi constitutes the diversity of Trump's leadership compared to his predecessors, especially in reference to the language of rupture and the assertiveness of his positions, including internal ones, “that tend to distance him from the Washington establishment ”.

For the general, the number of those who resigned and resigned from the current administration indeed incontrovertibly demonstrates the tensions and resistance present even within the restricted circle of the president. 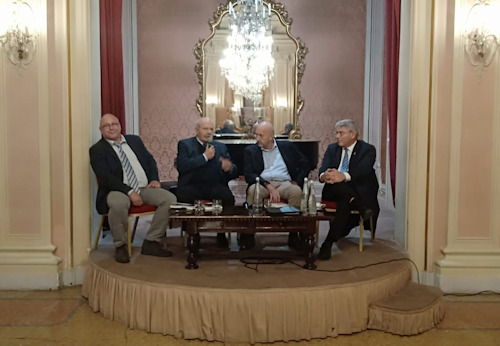 One of Trump's goals, according to Cucchi, is "replace multilateralism, established after the cold war, with a bilateral approach that allows the US to better affirm its interests (just as China can do). "

Trump, on the other hand, explained Dottori, appears as a leader as much as "reluctant to fight, above all because this is what his electoral base demands, who elected him to withdraw American soldiers from theaters of war around the world ".

This explains why it did not hit Iran, but also its attitude towards the Libyan crisis immediately delegated to the Europeans (to prove it: the endorsement made to Italy as a leading country for the solution of the Libyan conflict and the timid bombing in Syria, a few months after taking office, completely devoid of the lethality that it could have expressed if only there had been the political will to do really harm to Assad).

On the other hand, according to the LUISS professor, this aspect of the Trump presidency "offers a great opportunity to all other countries and a responsibility not just: the freedom to pursue their own national interests on their own, as long as they do not conflict with the US ones ”.

The increase in US military spending is therefore more related to the needs of national industry than to the desire to project military power; just as the sudden change of opinion on NATO, considered a useless apparatus at the beginning of the mandate, is to be considered in a mercantile key in relation to the sale of weapons and equipment to the allies, and in a geopolitical key, to the extent that it prevents the emergence of a European political reality with German-speaking traction.

For Gaiani, the book is "an analysis finally carried out in a secular way, without prejudice towards a presidency, which stands in opposition, at least at a formal level, with that of Obama ”. In fact, we tend to judge Trump with classic "right-left" schemes, without taking into account that he simply does the interests of his country.

Gaiani then invites us to acknowledge that US interests no longer coincide with European ones, as the Libyan and Ukrainian crises have recently demonstrated.

Trump declines foreign policy thinking essentially of the US trade balance, ie the need to protect American products in the world (think only of the duty policy).

Even the close relations with Prince Bin Salman of Saudi Arabia must be traced back to the great commercial interests in the kingdom, which represents one of the main purchasers of weapons and means of the Middle East (even if in this regard Doctors points out that US support occurs in a moment in which for the first time the kingdom of Saud knows policies of openness towards some individual freedoms, above all of gender).

A judgment on Trump's work - Gaiani finally argues - can only be expressed at the end of his mandate, comparing what he had declared with what he was able to accomplish.

If, for example, it has prevented Iran from becoming a hegemonic regional power without waging war on it; or if he has managed to contain the North Korean problem by obtaining some form of control over the nuclear arsenal (it is unlikely that Kim Jong-un is without it); if at least one of these two challenges will be won, then, without prejudice, it will be difficult not to express a positive judgment on his work.

Also because, paradoxically, Trump's foreign policy ends “to restore sovereignty to all friendly countries ", to the extent that it invites them to look after their own strategic interests, without relying on the help of the powerful ally.

With Trump, in fact, the internal affairs of other states and their security policies are not American affairs until they go to clash with US strategic interests (the Maduro docet case).

We are sorry to see in our current political class - and in this all the speakers of the evening agree - the great inadequacy, of depth and merit, to take full advantage of the window of opportunity offered to us by the current US presidency.

At a time when in Europe: Macron's France resumed a policy of projection of power on the continent (also from a demographic standpoint in an anti-German function), Germany redefines its international posture with the writing of a white defense book put to stung by a woman who has now become president of the European commission, and the United Kingdom resumed building ships of 70 thousand tons, Italy is struggling to express a policy consistent with the placement that would be her by rank.

And of this, with all due respect to his many detractors, Trump has no fault.

Photo: Online Defense / Presidency of the Rabbit of Ministers

"The complexity of the current strategic reference context and the risks that are looming towards security, there ...
175
Read

The celebrations of the Patroness of the Weapon, Maria Virgo Fidelis, began this morning in Rome, in the Historical Museum of ...
190
Read

Saturday 9 November 2019 will take place in Comsubin and in the territory of the municipality of Porto Venere an important event ...
368
Read 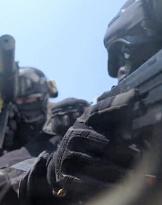 "You know what I think? Following this course, if one thinks he is not capable of doing certain things, maybe he gets to ...
2343
Read