Home Recommended Publishing Wuhan, the coronavirus and the Games of the ver ...

Wuhan, the coronavirus and the games of shame: why China lies and what it hides 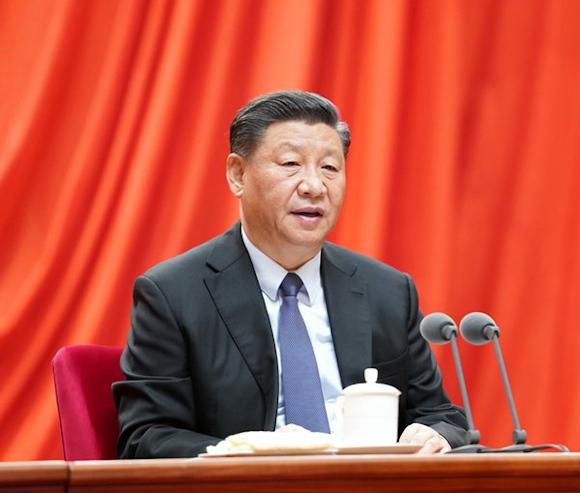 Those who know a little about the things of the Middle Kingdom, know that in Beijing nobody trembles for the fake news of the Wuhan laboratory from which the coronavirus would have escaped: whoever repeats it ends up in a dead end and loses credibility, strengthening the position of the People's Republic as simply the first victim of COVID-19. Although it is often naive anti-Communist and pro-American groups that report it, in reality it is the result of the propaganda of the socialist regime currently in power in mainland China, neither more nor less than the hoax on the American military visiting Hubei in October. Here, the latter bale has a more subtle function, so to speak ... It hides a fact unknown to most: that is, that the traces of the epidemic date back to well before last October, at least in September, at the end of a summer from the subtropical region, when the first cases of interstitial pneumonia arrive in the hospitals of Wuhan with well-known symptoms (loss of smell and taste, physical pain, etc.).

Also hides - or tries to hide - the fact that Wuhan is the site of the seventh edition of the World Military Games (following photos), namely the Olympics of men and women in uniform, 9.308 athletes from 110 countries from 18 to 27 October . Make a note of these dates, because the first case accredited by Beijing as COVID-19 would be dated November 16th2.

La fake news on the coronavirus brought from outside he is disqualified on his own because he takes this first case for granted, Yes, because the official dates are not such: now, follow our reasoning ... 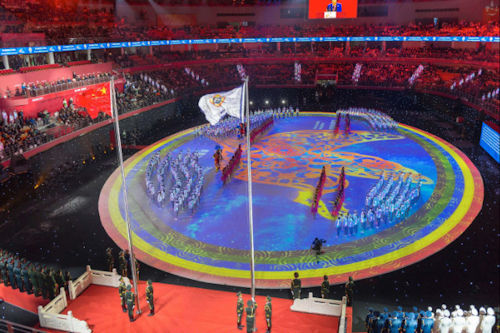 Mattia di Codogno, the patient 1 Italian is officially registered as the first case of transmission of the disease in Italy on 21 February, but even the chairs now know that between December and January family doctors and hospitals were trying to treat thousands of cases of pneumonia or a strange form of flu with symptoms uncommon.

The writer was able to hear readers - with interesting medical records - that well before the Immaculate Conception they found themselves with pneumonia, disappearance of taste and smell, unbearable pains etc.

If we want to recognize al patient 1 in Beijing the same dignity as ours, it is all too evident that the numerous cases found already in September go on par with those of Bergamasca and Milan, before New Year. So, however, things get complicated a lot, because Wuhan is not Codogno, were it not for the fact that as a number of inhabitants it is one of the top 50 metropolitan areas on the planet. And between September and October of last year it seems to have become the navel of the world, with an impressive series of sporting events. In addition to the "Military Olympics"In October, from 22 to 28 September, in fact, it hosts the Women's open tennis3, one of the Premier 5 tournaments of the WTA circuit, like the Rome Open; from August 31 to September 9 is the headquarters of group B and group J (in which Italy plays) of Basketball World Cup4.

Olympic athletes, tennis players and basketball players: what do they have in common?

They are young, healthy, and they know how to train without causing a collapse of the immune system (what Mattia did not do, finding himself overwhelmed by COVID-19 at even forty years of age). Such an aggressive and contagious coronavirus does not spare them from becoming infected, but often and willingly it does not cause too obvious symptoms, rather it even leaves them asymptomatic.

Hospitals are filled with cases in Wuhan, while thousands of athletes find their place in a modern Olympic village, the first built for the Military Games since they existed5, complete with clinic and health services. In short, one Diamond Princess on land where the infection can spread for about ten days. 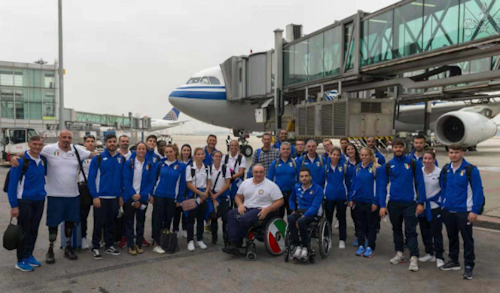 COVID-19 is a silent killer: it starts from a patient admitted to intensive care, to go through the healthcare staff, doctors, other patients and visitors to the ward, to then get to their relatives, friends, roommates, ... international guests, who come into contact with hundreds of objects touched by infected people, shake thousands of hands, are hit by myriads of saliva droplets ... And when they return they move mainly to the regions where there are the best facilities for training and for playing , because in the end they are sports: Emilia-Romagna, Lombardy, Veneto ... but also Barcelona, ​​Valencia, Madrid, Istanbul, Moscow ...

If the grandfather or father-in-law of one of them suddenly falls ill and dies of pneumonia, one does not even notice: he was old, battered ...

If you are a key when you come back, you have pain, fever and breathing problems, they blame themselves jet lag, the junk food eaten in China, the unhealthy climate, the tiredness ...

And here are the first outbreaks slowly.

At this point, the wise reader understands that he has to ignore the official statistics on COVID-19 in Italy as in all countries, because the patient 1 in reality it was not such, but perhaps it is only one of the first hundred, two hundred or three hundred thousand cases. And the COVID-19 has not followed the curves that tell us but for a long time it has grown as much and more than in Sweden, only unknown and ignored.

But let's go back to China. Are the communist authorities themselves victims of such a sneaky coronavirus? No, really. Because if this were the case, they would have done the same investigations for some time as we did, tracing the first cases well before November 16th.

The fact is that you are determined to tell a story that concerns you only when you have control of it and does not risk becoming a weapon to your disadvantage. Here, then, that a scenario materializes: since 2003, since the SARS era, Beijing has been in a state of permanent anxiety fearing the explosion of a new and more devastating epidemic. Neurasthenia is so great as to ask France to build a center for the study of coronaviruses, unless it is able to manage it as a partnership and failing to get the precious know-how transalpine. The health authorities know they have to collect all the information: hospitals and sanatoriums are obliged to report all the news about anomalous cases to the government. They also do this between August and September, in particular by reporting an epidemic of probable viral origin, which causes important pneumonia, without bacterial complications. Chinese communist leaders are not worried, because the statistics do not report a lethality comparable to SARS: patients, even the most serious ones, do not die like flies, but with ventilation they manage to survive. 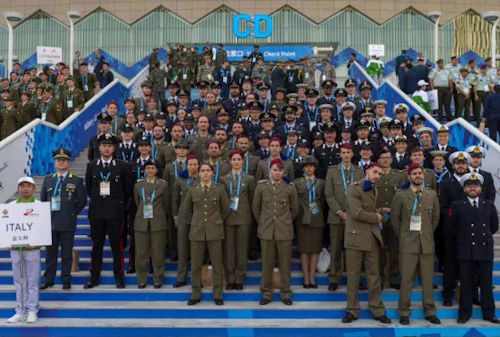 Why be alarmed? Why discredit the country and the work of the Communist Party for a small epidemic, many cases of which can be traced and hospitalized? Why move sporting events that will attract thousands of fans and athletes?

Nor does the question arise as to whether there are asymptomatic cases: on this, we do not feel like raging, given that still today there are Italian politicians who believe in the fairy tale of only symptomatic cases as contagious.

Beijing does not know that it has a new Chernobyl at home: Xi Jinping was convinced he was the new Mao Zedong and instead finds himself in the role of Gorbachev. Will he also be the liquidator of a socialist regime?

If in doubt, we ask the soldiers who have been to Wuhan to contact us (geopolitica@difesaonline.it), guaranteeing them anonymity, and to tell how they felt physically in the four weeks following their return.

Dear reader, For nine years Difesa Online has been fighting with its strength together with the help of some readers and sponsors. The...
6307
Read