Home Recommended Publishing Towards the nuclear war: mushrooms do not fan ...

Towards the nuclear war: mushrooms do not hurt anymore? 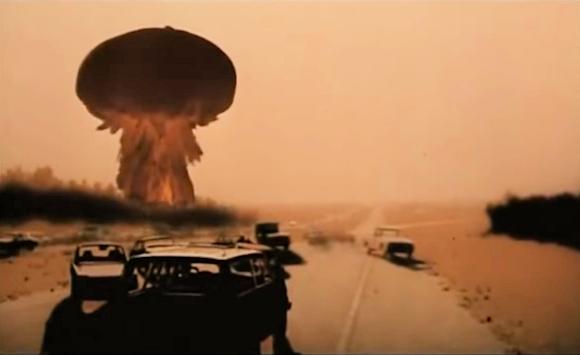 For too long, the most disparate news about programs for the rearmament or updating of nuclear equipment is dealt with comfortably. Articles are published on bombs, missiles or simple nuclear warheads as if it were an ordinary subject.

The writer has lived his adolescence during the "cold war", an era in which he was the terror of a new world confrontation to mark an insurmountable limit. We are talking about a "healthy" feeling: the awareness of the tremendous, reliable and certain consequences of a nuclear holocaust.

I am not considering modern conflicts in which the lie is the triggering factor or at least the fertilizer of the fear of something that is not understood or does not exist. I am simply remembering the truth of a recent past.

Remember "The Day After"? It had to be a television movie, so with limited ambitions. The effect was instead global and devastating.

"The Day After" represented a turning point for the global public. The film tells about the experience of atomic madness on the part of ordinary people: everyday life, the growth of international tensions, the launch of ballistic missiles, the response, the effects ...

Were (also) the realistic consequences of the use of nuclear devices shown in that feature to trigger the rethinking of nuclear programs? I like to think of it.

In the 80s there were no children of Hiroshima and Nagasaki, the grandparents had heard about them and seen the images, however veterans of a terrible war. Our parents had experienced the serious risk of the end of the world with the Cuban missile crisis: the peaceful and domocratic Kennedy had threatened the Soviet Union to use its strategic arsenal if the nuclear assets were not removed from the island. The Soviets took a step backwards, however, obtaining a greater counterpart: the dismantling of missiles Jupiter from Turkey and Italy (Gioia del Colle) ...

Today we think in terms of "tactical nuclear" or "scalable titles". It is sometimes done as kids (deficient!) In front of a video game.

Today no crowds are seen in the streets to protest against arsenals that would end their life on Earth.

Today we are working for the future use of missiles of limited or limiting power. These devices will be used operationally, unlike the previous ones they are made for this purpose. At that point an entire generation will not need to "imagine" or "fear" the consequences on the body and mind of radiation. He will live them.

(image: frame "The Day After")