Home Recommended Publishing A supercazzola (announced) at the top of ...

A supercazzola (announced) at the summit of NATO defense ministers? 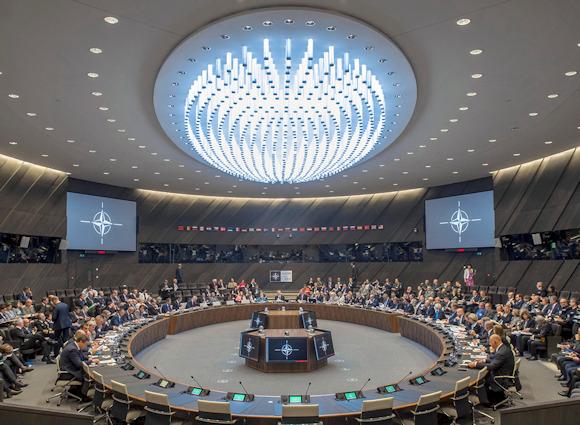 In the last interview given to Financial Times - the leading English economic-financial newspaper, one of the most authoritative and read in the world ... - Defense Minister Elisabetta Trenta illustrated a strategy for achieving the share of the 2% requested by NATO:

"There are parts of our spending that are related to the defense, but that are not included in the defense budget".

Last year, Italy spent only 1,15% of GDP on defense, an indecisive value that places our country in the low ranking of the 29 NATO countries as a percentage of GDP. Share that, however, includes a large part of the budget of the Carabinieri, then a reality destined to Territory Security involving the Ministry of the Interior (and other departments), not just the Defense. If excluded, the aforementioned percentage would fall below 1%!

The options available to Minister Trenta were different:

- to remilitarize the State Police (but in this case Minister Salvini - who may have seen more from the Viminale than from Via XX Settembre - would have torn her alive); 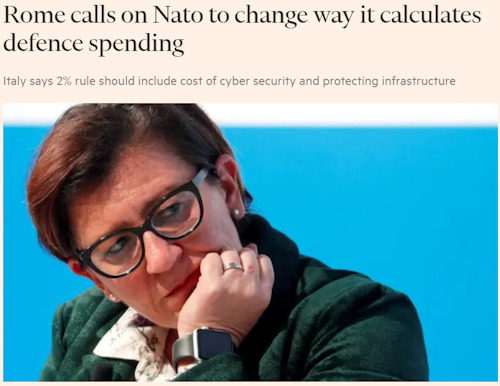 - considering health expenditure as a form of "defense" (from diseases);

- budget the coins left as a tip to the bar on the ground floor of the Ministry of Defense (the most credible);

The minister has chosen the last ...

Too bad that, once again, no one has whispered to the Thirties that it was the least suitable example: unlike serious countries, by dint of cuts and repeated underestimation, beyond the "crap", conferences, ceremonies, too many words ... Italy is daily at very serious risk with an absolutely insufficient dedicated budget. And we don't say it, the data affirm it. Then when the Italian services complain publicly risks ... the situation must be really serious (v.link).

The two days of NATO defense ministers will be held tomorrow in Brussels. All the supercazzola released to the Financial Times?