Home Recommended Publishing A new "Chinese" lockdown as in spring ... 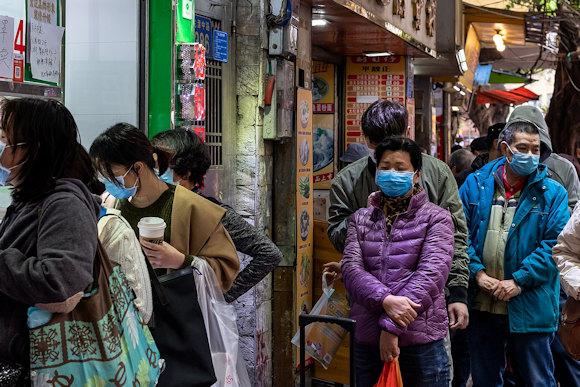 "Close the stable after the oxen have already fled" is a popular expression to indicate a measure taken when it is now completely useless to prevent damage, since it has already occurred. After the government explained to us for six months that the "Chinese-style" lockdown last spring had served to prevent the spread of the pandemic outside the North West, now a new lockdown - including the closure of the schools of the childhood and elementary schools clamored by many members of the PD - it should save us now that the coronavirus is circulating everywhere: in short, what was previously used for one thing, now should work for its opposite. I smell a rip off ... But let's take a step back.

The problem is that it is serious, but we can simplify it like this: making the choice of lockdown now made by those who brought us up to this situation is a bit like relying on the navigator to orient themselves in an unknown place where he himself has led you. Those who today would like to deny a serious education to the generation of children born between 2008 and 2014 and close entire families at home are the same ones who worked on masterpieces like these between May and September that we indicate only as an example:

The return of the public to sporting events:

"Finally, starting from the semifinals and finals of the International Tennis Championships, a thousand spectators will be able to attend all the sporting competitions that will be held outdoors and that will scrupulously respect the rules laid down regarding spacing, masks and seat reservations" (v.articolo). This happened on September 17, when in France and Spain there were already hundreds of thousands of new cases.

What about the reopening of events and shows?

"The regions and autonomous provinces, in relation to the trend of the epidemiological situation in their territories, can establish a different date of resumption of activities, as well as a different maximum number of spectators" for cinema and concerts "In consideration of the size and characteristics of the places" (v.articolo).

Il return of overcrowding in means of transport dated 31 August:

The maximum capacity of 80% up to a maximum of 100% has been set for distances covered in less than 15 minutes. As stated in a note from the Ministry of Transport: "On board public transport of local transport, regional rail transport vehicles and school buses of dedicated school transport, in consideration of the scientific evidence on the assumption of the average residence times of passengers indicated by the available data, a filling coefficient no more than 80%, providing for a greater reduction in standing places than seated ones. The ascent and descent will take place ensuring a spacing of at least one meter and taking care that the students get on the vehicle in an orderly manner, making the second passenger get on after the first has sat down. For the descent we will proceed one by one avoiding close contacts ". (v.articolo)

It will be said that the responsibilities lie above all with the Regions, which have been given the freedom to organize these activities. But can one be considered innocent if he leaves the management of a distillery to an alcoholic ?!

Politicians, it is not a mystery, often make decisions with a political logic that does not see beyond their nose and does not see the medium-long term, sometimes not even the short-medium ...

Here, these are also the proponents of the new lockdown. Lockdown which is now completely useless, since most likely the number of infected is currently over 15, perhaps even 20% of the population.

Let's stop for a moment to understand this better, because it is the essential element of my reasoning. You do not need a degree in mathematics to understand that, with an average of 14-15% positive swabs stable from the second half of October and with a virus that takes about three weeks to heal, even reducing this percentage by half conservatively, to 7%, in the last 21 days about 4 million people became infected every week, for a total of 12 million actual cases, for the most part without symptoms or with symptoms easily confused with the common cold. In conclusion, It is realistic to compare what is happening now to the great pandemic of Asian Flu which infected 26 million Italians in a few months starting from August 1957 and which killed tens of thousands of people in the following months. (v.articolo e article)

The comparison ends here because in that case most of the dead were between 20 and 25 years old: it is estimated that 20 thousand conscript soldiers lost their lives; As you well know, the average age of COVID-19 deaths exceeds 80, which doesn't make their loss any less painful.

But let's get back to the point: with one in five or six Italians infected, closing the population at home is not only useless, but harmful. Yes, because in this way the elderly are forced to spend hours and hours with grandchildren who are most likely already infected, without their knowledge, and forced to stay at home due to the closure of schools.

It does not take a genius to understand that to reduce risk, schools, not just those of the little ones, should be used to encourage distancing from elderly and / or frail relatives: far from keeping them at home, they should be busy at school from Monday to Friday, maybe even on weekends, with a "long" schedule, from after breakfast until dinner, involving volunteers in entertainment and animation. All this in order to prevent an asymptomatic teenager with a very high viral load from turning into a super diffuser to the detriment of the elderly grandfather or the obese and hypertensive parent..

The solution is not the "Chinese-style" lockdown but distancing (and hygiene): not surprisingly, the pandemic has never spread to those Asian countries, such as South Korea and Japan, where local culture hand, nose touching and other gestures that easily spread disease are taboo. Not to mention the fact that often their health personnel always follow the rules of hygiene and prevention, even far from pandemics: for example, doctors and nurses never go to the hospital cafeteria wearing a lab coat. or when they draw blood they always change their gloves regularly to avoid spreading germs while trying to protect themselves.

In those parts of the world, then, families do not dump their children at school with obvious flu symptoms and if you are an entrepreneur or worker you are not indicated as a model because you go to the factory or office even with a fever and without protection. I could list dozens of other “pearls”: what matters is the implementation (and public control) of a serious distancing and good hygiene for the substantial reduction of the spread of this and other potentially lethal viruses.

It is equally important that the authorities prevent overcrowding on public transport, postponable social activities (parties, meetings, dinners with friends, etc.) and amateur sport in general, where players have very frequent and close contact before, during and after. the match.

In short, if we do not find a way to save the training of the little ones and to impose distancing and hygiene, even three months of forced quarantine "in the Chinese style" will not help: the infection will resume.

I was already saying this in September, when I even proposed the postponement ofelection day, which has been a formidable vehicle for the spread of the disease. On closer inspection, given that according to distinguished scientists, especially among those never accused of "denial", we are now close to a new phase of decline in the spread of the virus and we have passed (or are exceeding) the "peak", a new (and useless) lockdown it will only serve to make politicians take the glory of a more or less physiological decline due to the measures already in place. And above all it will distract public opinion from the second slaughter taking place in the RSA, after that of March and April. But we'll come back to this another time ...

We have praised almost subversive the "extraordinary commissioner for the implementation and coordination of measures ...
3130
Read

After 22 months of detention, the Egyptian student Patrick Zaki was released (although he was not cleared of ...
4224
Read

The Parliamentary Commission, charged with shedding light on the case of Giulio Regeni, found lifeless in Cairo on 3 ...
500
Read

The new commander of the MIASIT mission and the related support staff will reach Libya but have not been ...
6759
Read