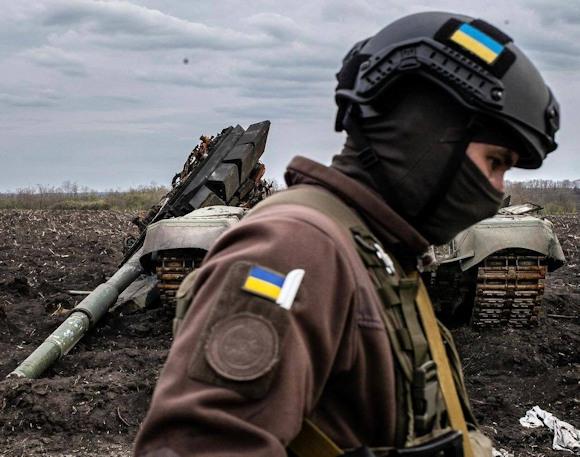 Readers of Online Defense I am often asked whether it would be less painful for Ukraine to surrender and accept any peace with Russia. It is the question of those who, let's face it, are disturbed by the images of war and death on the news no more and no less than advertisements for hemorrhoid ointments or menstrual pads during lunch or dinner. In short, they disturb our comfortable life: after all, we would like to go back to talking about taxes, illegal immigration and football. Indeed, it is better not to talk about football and the national team in this period.

But is it really possible for Ukraine to reach an agreement with Russia now? Leaving aside the question of exclusion from alliances and demilitarization, which obviously can be imposed on a capitulated country, which is not the case in Ukraine, the question deserves to be detailed, to be better understood.

Let's try to do it: a transaction between the attacked and currently partly occupied Ukrainian state and the Russian Federation, which currently has more than two thirds of its battalions deployed in Ukraine in an offensive phase, is sustainable internally and in terms of security, which provides for the legitimate sale of territories and populations from Ukraine to Russia in exchange for the cessation of this offensive? Here, placed like this is another thing, do you think? There are at least points that characterize this blessed "transaction", because this is what it is about, which cannot be overlooked:

The transaction must be internally sustainable, that is, it must be placed within the Ukrainian constitutional framework, not in contrast with the popular will and above all not in opposition to Ukraine's international obligations. In light of the constitutional provisions of Kiev, a referendum extended to all populations would be necessary and not valid only at the level of individual oblasts, but nationally. Then, there are the problems, probably insolvent, of the territories subjected to military occupation and / or government, of the freedom of expression of the populations transferred to Russia, of refugees, etc. In short, we are in the thickest fog, no matter what the "pasdaran" of peace may say, immediately and at any cost.

The transaction must be sustainable in terms of security. First of all, it must start with a ceasefire that involves not only the cessation of hostilities by the attacker, but also the withdrawal of his forces to non-offensive positions. But whether this means the end of the aggression remains to be seen: with Russian troops present on a part of its territory and the Kremlin's missile systems aimed at every single city in Ukraine, Kiev needs not gossip but guarantees. And the guarantees we are talking about are mechanisms for rapid reaction to possible future aggressions. In short, far from deploying only blue helmets, countries such as Italy, the United States, Turkey, etc. they will be required to become Ukraine's defenders in the event of a new Russian attack. The supporters of the "peace not to fall into the Third World War" did not realize that this mechanism would make a huge conflict inevitable and that without this mechanism no agreement is possible.

The transaction must provide for a legitimate passage of territories and populations from one side to the other. In practice, Ukraine is being asked to "cede" to those who already have them in possession of the territories stolen in defiance of international law, in whatever way it is seen. Yes, the conquest of a territory by force in 2022 must be legitimized in whole or in part. The beautiful souls who think that "Americans did it" in Iraq and Afghanistan should perhaps push the button sign out from social media every now and then: both countries have never been on the verge of becoming US states or dependencies, as has happened to Crimea and could happen to Kherson and Donbass. Then, we are talking about abandoning populations and territories to the control of the "butchers" of Bucha, Chernihiv and Mariupol. In short, how to give prisoners to Stalin ... Which, among other things, we have done in the past ...

The settlement must provide for the complete cessation of the state of war. Let's be clear: the state of war has ceased between Japan and the USSR or between the two Koreas for three generations without the two sides signing a formal treaty, but merely maintaining a very long truce. But this is not the goal of our "men of peace": they would like Russia to be "satisfied" and above all "not humiliated" enough to abandon further aggressive ambitions and ambitions. Instead, the recent bills in the Duma, the Russian parliament, which provide for the withdrawal of recognition of the independence of Ukraine, Latvia, Lithuania and Estonia say the opposite. But we often refuse to see this, not to admit that a peace agreement is beyond what is possible.

In the end, a question arises: if instead of Ukraine there had been Italy, which regions or provinces would each of us have been willing to yield to France, Germany or Austria in order not to suffer anymore? How much pain and how much injustice towards other Italians would we have been willing to tolerate? Would they have felt like "heroes" and "peacemakers" if in the autumn of 1917 they had ceded the North East to the Habsburgs or Trieste to Yugoslavia in 1945?

Maybe yes, but I, in my small way, would have defined them in another way.

Since the prime minister seems, in principle, to have broken the long tradition in ...
1895
Read

With the appointment of Guido Crosetto, to the defense department, after many years, Italy has a minister competent for this ...
3195
Read

The first "international" meeting of the Prime Minister Giorgia Meloni was with the president of ...
3436
Read

With today's oath, in front of the President of the Italian Republic, Sergio Mattarella, the Meloni government ...
6272
Read

In these days the mayor of Pennabilli, a small town in the province of ...
7510
Read