Home Recommended Publishing Ladies and gentlemen, welcome to the war ...

Ladies and gentlemen, welcome to the war! Could it turn out to be a trap? 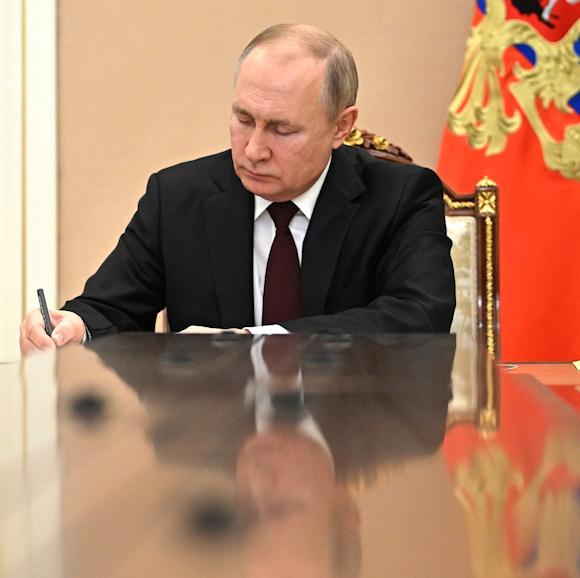 The die is cast. We hoped that Russian history (and its "party" in the Kremlin) would count, but a different faction prevailed, the interventionist one.

Let's try to clarify some aspects ...

1) The decision is neither today nor yesterday, it was made many months, if not years in advance, including the date.

2) To speak therefore of "teasing" by the Russian president as announcements or speeches would have been made days before the broadcast is simply ridiculous. An Armed Forces Chief cannot waste time with a speech - even if it is destined (like it or not) to make history - at the most critical moment: it must be perfectly packaged in advance.

We then remind ministers de noantri who do not even want to hear the term, the teaching of one of the best strategists of our continent, von Clausevitz: "War is nothing but the continuation of politics by other means". So is it up to our policy? That of dialogue and the repudiation of the use of force? God help us ...

Russian actions on the ground, as they appear at the moment, are impeccable military strategy and tactics.

What is not convincing is the ease with which Ukraine was served on a silver platter, seasoned with a substantial "lack of assertiveness" in terms of deterrence: no insurmountable red line that would have led to "kinetic" consequences was marked in months of petty politics and childish diplomacy.

The Russians are masters of many tactical, operational and strategic "games" such as the "Maskirovka", of which we have written (see article), but also traditional like that of chess ...
Well, do you know what the greatest danger is for a professional? Excessive self-confidence! It can lead to errors pilots, engineers, doctors and workers at every level and in every professional field ... and the tragedies of history teach us that politicians are not immune.

The scenario until a few days ago was this:
• the greatest military power on the planet and its Allenza ready to unleash ... "sanctions";
• the Ukrainian prey in resigned expectation and no longer Atlantic ambitions;
• NATO and Europe divided;
• independence (de facto) of the separatist republics achieved.

The scenario today is:
• "The US and its allies will respond in a united and decisive way";
• the Ukrainian prey is preparing for a long resistance, a sure future member of NATO;
• NATO and the European Union reunited;
• independence of the separatist republics in the background

The government of a power again in the limelight like the Russian one could never be overthrown by elections. Could it be due to an unexpected and unforgivable defeat?
So what if it were a (brilliant) trap?

Let me paraphrase Rhett Butler and state that, unlike other analysts, I believe that of ...
10369
Read

Online Defense readers often ask me if it would be no less painful for Ukraine to give up and accept a ...
5425
Read

102 days of war brought to light many aspects of our country that were easily imaginable or we had ...
5245
Read

"The West has grasped the desire to create peace plans that should lead to a solution to the crisis in ...
2266
Read

Dear reader, For nine years Difesa Online has been fighting with its strength together with the help of some readers and sponsors. The...
6309
Read

These days Ukrainian fighters are receiving arms supplies from NATO and other countries of the ...
10924
Read