Seafuture 2018: excellent start. Some perplexities on the undersecretary of state Raffaele Volpi ... 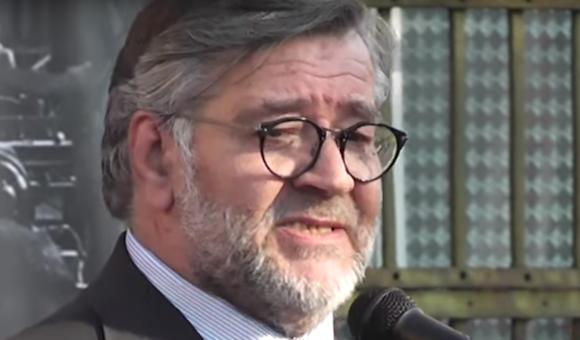 Amazing debut for the sixth edition of Seafuture in La Spezia: in a country where the term "bayonet" was practically inhibited, we finally talk about the production of excellence in shipbuilding (military!) And in weapon systems. Faced with the representatives of dozens of foreign managers such as Alessandro Profumo, managing director of Leonardo, they have realized the most rosy hopes of many Italians, asserting without fear that we are capable of producing weapons and systems for defense. Of course, some do it now ... and in front of hundreds of representatives of foreign marines. But it is a promising signal, because sooner or later you can be like the remaining countries of the planet Earth, without complexes or ideological taboos.

In the next days we will talk about an event that promises to be truly extraordinary.

Today, however, we tell you about the public debut of the new Undersecretary for Defense ...

Hon. Raffaele Volpi representing the government thanked the “general” Girardelli, who transformed a biennial appointment into an annual one and finally participated in a confidential meeting between the Navy Chief of Staff and trade union representatives.

The question is simple. The Minister of Defense gave a briefing to prepare for the post of Undersecretary of Defense to the Hon. Volpi?

The advice we give is to use some puppets in uniform and explain that the white ones are ... or traffic cops or ...? "Sailors!" (to the Defense, except for fines, these are of interest) 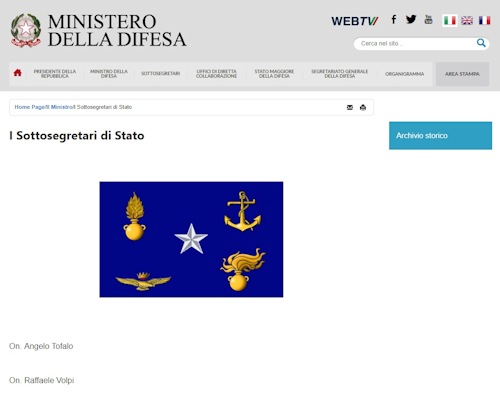 The blue, brown and black ones are instead - those yes - "GENERAL!"

There would be gray ones too, but if someone calls them "admirals", they do not pretend to pretend anything and they are madly angry. And they're trouble. But with those, for some reason, you're never wrong ...

As a reference politician of the League the Hon. Volpi will then surely have the (indirect) power to anticipate the cadence held by Seafuture in the last 12 years, but we would advise against it: the main world trade fairs are held every two years, if that's how you make a valid reason abroad it will be.

The last note we do again to Minister Trenta: if the undersecretary Volpi has the delegation to "relations with the trade unions", because it is not yet indicated on the institutional portal of the Ministry of Defense?

At this point, not wanting to join the hundreds of foreign officers invited to "learn from us" if they want to be "our friends", we really believe not to be - and after this article can not even become - friends dell'on. Raffaele Volpi, Undersecretary of State for Defense.