Home Recommended Publishing Quirinale: check on the anti-euro government in ...

Quirinale: check at the anti-euro government in two steps 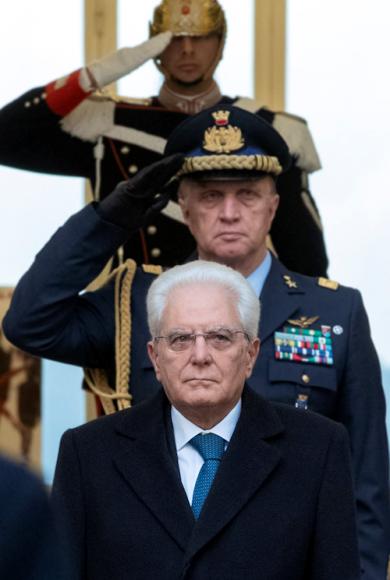 The Scriptures tell us that the prophet Jeremiah was thrown into the bottom of a cistern as a punishment for inviting King Sedecia and his compatriots to surrender to the overwhelming forces of Nebuchadnezzar: he claimed neither Egypt nor other so-called allies intervened to help Judah and The Great King's vengeance on Jerusalem would have been atrocious, as evidenced by the fate of other peoples and cities in the region.

Who knows if the atheist Alexis Tsipras, the Greek prime minister, has read the Old Testament. And who knows if someone from the parts of the Viminale and Via Vittorio Veneto wanted to throw it in an empty cistern on Sunday morning, reading Corriere della Sera:

"I can not do anything because I would be the first to arouse suspicion", Said Tsipras, who no doubt remembers how Italy did nothing when he desperately tried to soften the conditions - then draconian - placed by the eurozone to Greece. But then Tsipras, mindful of the retreat that he improvised in July 2015 after blocking the bank accounts of voters to avoid the collapse of the system, offered advice to Italy. "It is better that you do today what they will do tomorrow", He noted. "If you have another idea instead - he added, perhaps alluding to the euro exit option that he refused - well, then good luck". Good luck.

We do not enter into the merit of the Budget Law, which seems to have opened a deep furrow between Italy and Europe. We ask only one thing: we are really sure that there will be this conflict, feared by Tsipras, and that the two main shareholders of the yellow-green majority, League and Movement 5 Stars, in the next election will really make the flag of anti-Europeanism and defense of the country by the Euroburocrats? Yes, because one thing is certain: the 10 article of the Constitution - in any way you want to read it - tells another story: "The Italian legal system conforms to the generally recognized norms of international law".

Now, in Brussels for institutional reasons they met the Prime Minister Giuseppe Conte, but last month from Frankfurt Mario Draghi, president of the ECB, preferred to go to the Quirinale, where he resides who actually has the last blow. Because beyond all the dribbling of accusations between the Commission and the Government, the Budget Law will remain in the history of possible measures but will never become enforceable if the Head of State, as guardian of the Constitution, will refuse to sign it, preferring to open a internal political crisis - after the even more serious one already managed at the end of last May - rather than violating the Charter in this, the article 10, which is even one of the fundamental principles.

In short, what was born as an international crisis and that the protagonists (Salvini, Di Maio etc.) would like to remain so, in the end could spill all within the country, as a conflict between the Presidency of the Republic and the majority of Government . That lame duck that American and French presidents fear more than anything: a hostile Parliament; in this case it is represented for the Government yellow-green by a President, Sergio Mattarella, who is not easily frightened. They tell the news that he took his dying Piersanti brother in his arms, struck by Cosa Nostra. Do you think that, like this, you will be scrupulous to shoulder an institutional crisis?

To the writer, it seems that Tsipras has been thrown into the cistern (or simply send to that country) for nothing: it is not said that this geopolitical crisis between Italy and Europe should erupt. Too bad: we would have liked to find out if Russia, Qatar and the United States would run to help the Government of change. Or even just to see if any other ruling sovereign party would have supported them at least a little.

Let me paraphrase Rhett Butler and state that, unlike other analysts, I believe that of ...
9704
Read

Online Defense readers often ask me if it would be no less painful for Ukraine to give up and accept a ...
5162
Read