When a government doesn't understand the ABCs of war, who cares about the two FREMMs in Egypt? 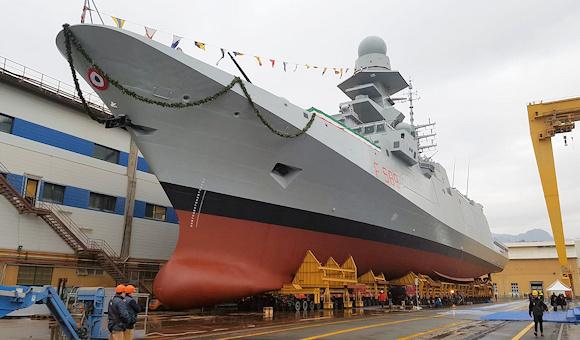 For several months, with an acceleration in the last few days, the last Italian mandrakata has been discussed: the sale to Egypt of two units close to delivery to the Italian Navy.

And for many months, as usual, factions have been created ...

"Or Franza or Spain, as long as it is magna ”

The industrialists' party is pressing for the sale and underlines that the North African deal (worth over 1 billion euros) could prelude to orders for Italian defense companies for many other assets, primarily naval and airborne, for 10-15 times that figure.

How to blame such a prospect in a country accustomed to being ashamed and whispering victories in the field of arms supplies (historically miserable compared to international competition)?

The sailors' party obviously can barely hold back the disappointment of the affront immediately. 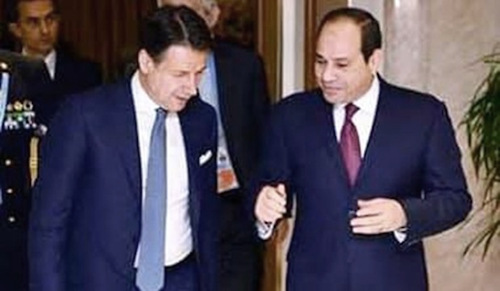 But how? Just a few years ago we obtained a (half) naval law because even the slightest operation of the armed force was destined to go to be blessed ... and now do you even sell our ships for delivery? !!!

The Navy in fact has no margins and is in a (dangerous) crisis of means and men. Naviglio with almost 40 years behind it involves high costs but also accidents on board of varying severity that are not adequately advertised.

Similar situation (sometimes worse) in other Weapons ... But woe to break the lines (to say the least) since defense ministers are lawyers De Marchis convinced that the best way to make your "Soldatino" win is not to give him the oats ...

How then to blame soldiers who underfunded risk their skin on old means? And there are also those who have the courage to accuse them of spending almost all the "good things" in salaries ...

Are they both right then? Exact. On the one hand, enthusiasm for the prospect of a new era for the Defense Industry is legitimate. On the other, will the awareness arise that in the next calls for arms destined for the Armed Forces it will be better to involve and evaluate more carefully the guarantees of delivery of foreign suppliers?

So where is the problem? Maybe watching the FREMM too long, we forgot that there is a war going on beyond our southern border, a beautiful land (which we loved and loved us) called ... Libya!

Over there, when we were asked for military help, we sent (in a city with full healthcare facilities) a small field hospital that worked a little (a little bit to tell the truth). v.articolo) to then become a container of ... human shields!

With the advance of General Haftar in recent years, what better occasion to enhance our military if not to use them as "targets", even if to be avoided.

But the infamy would have been minimal if the nobility had not regained the upper hand in the Republic: given that the Italians "They are always ready to go to the winner's rescue", in the moment in which the puppet government (but internationally recognized) of Tripoli seemed to have the hours counted, the Conte government decided to bet - out of maximum time - on an already full wagon (Egypt, Saudi Arabia, United Arab Emirates, Russia , Syria ...), leaving its former "protégé" to its bitter fate.

Did Levantino al-Sarraj get around again? Not even a bit: knowing us for many years (or perhaps remembering what we managed to do with Gaddafi), the Libyan president knocked on the door of the Turkish consaguineo. Erdogan, notoriously generous, in exchange for "very few" maritime, industrial, oil concessions and a few billion (in advance) for his engagement did what he was asked to do: fight.

Who opposes Turkey today on the ground with men and vehicles in heaven, earth and ... sea? Mainly Egypt. With the sale of the ships, therefore, we help the opponents of the government that we have supported until last year. 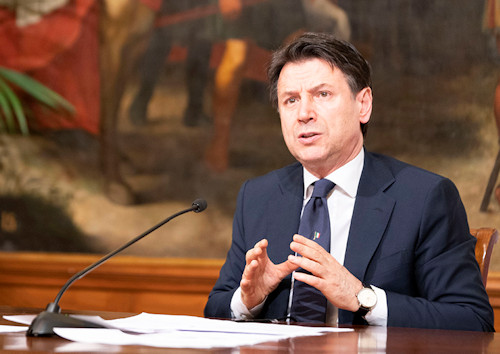 But after all who cares if the Italian industry earns billions and maybe the Navy grits its teeth (but also other) for a few years?

Fool the 300 poor people - hostages now frowned upon by both belligerents - that we forgot to evacuate from Libya before engaging in madness. Because before making certain choices or quacking about something else, one must take the life (or at least the decorum of death) of one's military to heart.

If the deal is made official, our contingent in Libya will not be avoided by the artillery of the coup coupler Haftar, but could be hit by a couple of shells from yet another betrayed ally.

We pray to the Lord and also to Allah that this does not happen but, in case, we will not accept "notes of reprimand" from the Farnesina: our soldiers will have been killed by those who have forgotten them.