President Conte ask the Turks how to free our fishermen 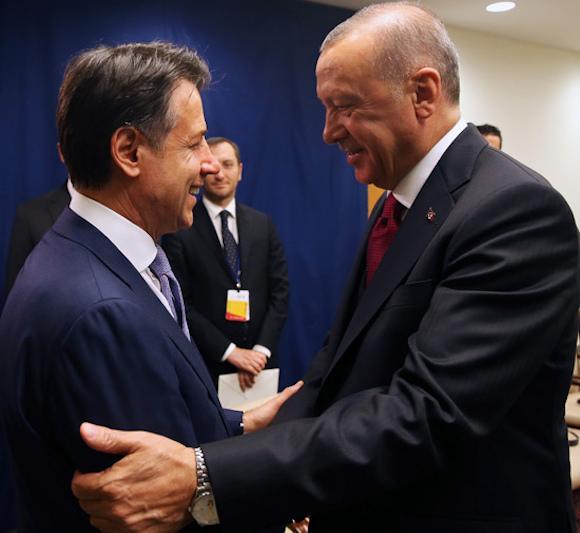 After more than 100 days from the kidnapping - which took place on 1 September last - the families of the 18 fishermen of Mazara del Vallo are still waiting to know what actions our government is taking to bring them back home.

In recent days, another kidnapping by militias loyal to General Haftar (whose government, we recall, is not internationally recognized), took place: on Monday 7 December a Turkish cargo bound for the port of Misurata (controlled by Ankara) was blocked by armed men and forced to head towards the port of Ras al Hilal, in Cyrenaica.

Ankara, of course, does not recognize the authority of "the strong man of Cyrenaica". As our readers will recall, in the recent past, the Turkish military made a significant contribution to the liberation of Tripoli from the forces of the LNA (Libyan National Army). President Erdoğan has always considered Haftar's militias as a gang of criminals - according to the principles of International Law - thus refusing any form of dialogue with the pseudo-government of Tobruk.

The Turkish foreign minister has strongly condemned the arrest of the ship, adding that there will be serious consequences for the architects of this action. Just to refresh Haftar's memory, fighters of the Turkish Air Force flew over the city of Sirte, where the ceasefire line passes between the forces confronting Libya.

Returning to our fishermen, the government appears blocked, unable to find a diplomatic side with Tobruk, it is entrusting itself to the Emirates which support Haftar, even militarily.

The malaise of the whole Mazara del Vallo community continues to grow, strongly linked to the fish market, and which for years has been forced to suffer attacks by armed boats, not only Libyan ones. The same bishop of Mazara, Domenico Mogavero, on the day of the Immaculate Conception, supported the request of the fishermen's families to send the special forces to free them.

We have praised almost subversive the "extraordinary commissioner for the implementation and coordination of measures ...
3168
Read