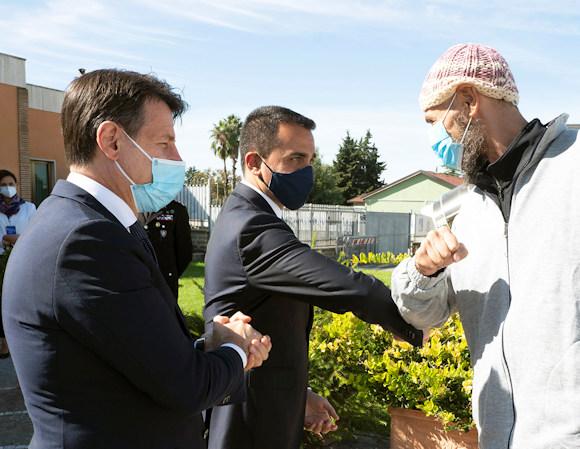 While the Prime Minister Conte thanks AISE and the Farnesina for the release of Maccalli and Chiacchio (in exchange for the release of about 200 jihadists), kidnapped in Niger in 2018 and 2019 respectively by jihadist militias, the 18 seafarers of Mazara del Vallo, under seizure by the Haftar coast guard for 40 days now, risk becoming a new case marò.

From the first hours of the kidnapping, as is the practice of this executive (but also of the previous ones), any military action to free them was immediately excluded, preferring to exploit the diplomatic weapon resulting from the usual equidistant policy (but officially in support of Sarraj), much heralded in recent years by Italy in the Libyan question.

Recall that in 1985, just became aware of the hijacking of the passenger ship Achilles Laurel by Palestinian terrorists, the Craxi government had 60 men of the GOS of the SISMI (Special Operations Group), composed of Col Moschin and GOI raiders, transported by plane to the British base of Akrotiri on the island of Cyprus, and then embarked on the 'cruiser Vittorio Veneto, waiting to receive the order to storm the ship to free the hostages. But before giving the green light to the military operation, Prime Minister Craxi tried the diplomatic card, exploiting Italy's excellent relations with the PLO, and the attempt gave the desired results.

Instead, in the current crisis, the government has no preferential lanes. After a few days, at the Farnesina they understood that the strong man from Cyrenaica would not give in so easily, as he would like to exploit this kidnapping to give his followers a show of strength.

Then only the card of Haftar's foreign sponsors remains, first of all Egypt, Russia and the Emirates. In recent weeks, attempts have been made to involve the Kremlin and Egyptian President al-Sisi in order to exert pressure on the general and force him to free the 18 fishermen: unfortunately the results have been unsatisfactory. Haftar is now out of control, a sort of maverick who has understood that he does not have a political future in tomorrow's Libya.

It remains a very last diplomatic option constituted by France which still has some influence in Cyrenaica. The problem is that the transalpines do nothing for nothing (like everyone else) and, if their help were decisive for the liberation of the fishermen, they would certainly make us pay dearly for it.

In the hijacking ofAchille Lauro, despite the enormous difficulties that would have arisen in the case of a force action (it was the first time that a ship of this size had been hijacked), he could count on two options: the aforementioned military action and our network of contacts.

Today, however, we have to rely on a foreign country to protect the safety of our citizens.