Home Recommended Publishing No tax extension: and the mafias celebrate ...

No tax extension: and the mafias celebrate 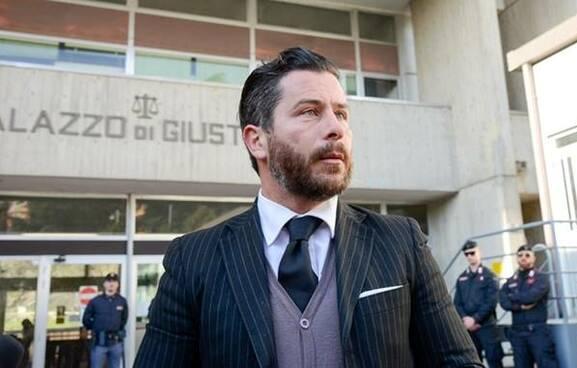 While in Brussels, the complicated European summit on the Recovery Fund, in Italy the government decided not to extend the tax deadline scheduled for today, and which had been hoped, in addition to the opposition, also by a large group of business and professional categories, already exhausted by the post-crisislockdown, which has folded a national economic system already in difficulty, marked, in 2019, by a marked slowdown characterized by a GDP that grew by only 0,2 percentage points compared to the previous year.

A risky move that could contribute, certainly involuntarily, to favoring the mafias (as unfortunately happened, perhaps, also with the granting of home detention, instead of the prison one, in the hands of important boss, which took place during the pandemic, which was only attempted to take shelter posthumously, with the Decree Law 10 May 2020, n. 291) just the day after, however, of the many ritual proclamations following the anniversary of the massacre in via D'Amelio, in which the judge Paolo Borsellino and the agents of his escort were tragically killed.

If, in some ways, the need of the State to collect is understandable (the expected revenue, for the deadline under discussion, would be about 8,4 billion euros), although, on the one hand, the question of the enormous tax burden remains unfinished existing in our country, and on the other, the important critical issues that have characterized, in concrete terms, the instruments of economic support implemented by the government to face the emergency following the pandemic, in other ways, it is not a mystery that, for some time now, the various criminal organizations have set their eyes and, in some cases, even their hands, on companies and families in financial liquidity crisis.

Just as it is not a mystery that, if no more effective action is taken (certainly, much will also depend on the world economic situation), all this will only get worse: as highlighted in the "Report of the Minister of the Interior to Parliament on the activity turning point and results achieved by the anti-mafia investigative direction "2, in fact, just taking advantage of the scenario of economic paralysis, "Which in this case has taken on a macro dimension, and which can open up to the mafias prospects of expansion and enrichment comparable to the growth rates that only a post-war context can offer"on the one hand, the mafias will tend to consolidate their social consensus on the territory, especially in the areas of the South, through forms of assistance to be capitalized in future electoral competitions, while, on the other, they will want to further stress their role as player reliable and effective also on a global scale.

From the first point of view, which will concern more the short term, the criminal action will also pass through the granting of loans of money to small and medium-sized business owners, that is, to that social and commercial network on which the economy of many urban centers, with the prospect of engulfing the weaker businesses, making them an instrument for laundering and re-using illicit capital.

Under the second, which will develop more in the medium and long term, it (criminal action) will develop with the introduction of huge injections of liquidity into the international circuits.

All this, unfortunately, with evident, probable, social repercussions on the maintenance of public order and safety, since the interest of criminal organizations in fomenting episodes of urban intolerance is evident, exploiting the situation of economic hardship to transform it in social protest.

That the government, therefore, runs for cover, also to prevent the financial protection measures already put in place, or rather the reinforcements, perfections and, perhaps, intact (for example, precisely with the suspension of current tax deadlines, postponing them all to next year, with a possible multi-annual installment), so that the shock social and economic as an important part, now more than ever necessary, in contrast to the mafias.

1 This decree concerns "Urgent measures regarding home detention or deferment of the execution of the sentence, as well as the replacement of pre-trial detention in prison with the measure of house arrest, for reasons connected with the health emergency from COVID-19, of persons detained or interned for organized crime of a mafia, terrorist and mafia type, or for crimes associated with crimes associated with the trafficking of narcotic substances or for crimes committed using the conditions or in order to facilitate the mafia association, as well as prisoners and internees subject to the regime provided for by article 41-bis of the law of 26 July 1975, n. 354, as well as, finally, on the matter of interviews with relatives or other persons to whom the condemned, interned and accused persons are entitled".