Home Recommended Publishing Military stranded in Libya: a doubt ... not ... 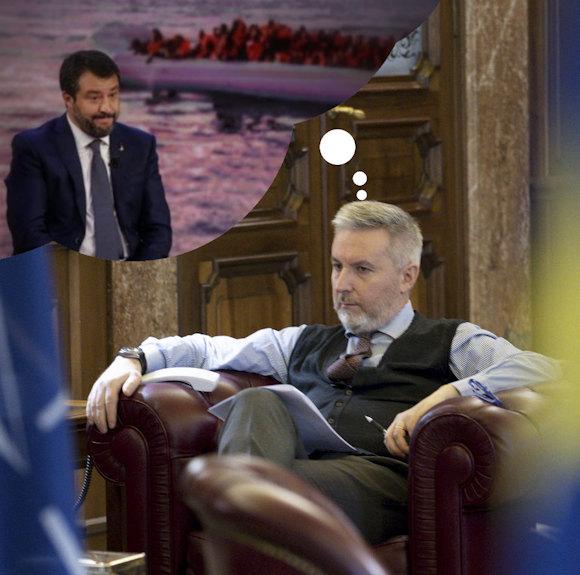 Our men and women of the MIASIT mission entered the ninth. No, we are not talking about moving to the Distribution of the special forces, but of the months of stay in the operational theater. Of these, 3 are substantially abandoned by the motherland.

As anticipated in the previous ones Articles, the underlying problem is the non-issue by the Libyan authorities of visas to the contingent waiting in Italy to be able to change.

A dilemma arises by browsing the web for the documentation necessary to obtain the "passes": is not that ... not only are visas not granted, but that the previous ones have expired? !!!

This is because, logically, a 6-month visa will be issued for a 6-month commitment. If necessary, permits can be extended on site. However, since we have long been faced with one total North African unavailability, the visas of our military in Libya may no longer be valid for months?

In this case it would be understandable the total indolence of the holder of the Defense: for the minister of via XX Settembre it would no longer be simple compatriots under his direct dependencies... As a good experienced politician, always careful to avoid headaches, how could he tell Salvini, a colleague who supports the current government, that he was committed to bringing in Italy some ... "CLANDESTINI" ???

If this is the point, Minister of Defense Lorenzo Guerini, do as the Arditi of the last century do: don't care! (it is not a "fascist" expression ...). And take them home.

We will all come to the streets to defend it, with banners, choirs and news reports. We will not leave EVER an innocent fed up with the political consequences of his courageous decisions and above all correct.

"The West has grasped the desire to create peace plans that should lead to a solution to the crisis in ...
1597
Read

Dear reader, For nine years Difesa Online has been fighting with its strength together with the help of some readers and sponsors. The...
5390
Read

Last week there was a controversy over the downsizing (decided by the previous government) of the military ...
3473
Read

These days Ukrainian fighters are receiving arms supplies from NATO and other countries of the ...
10006
Read

The Italian rhetoric of "with all the problems that exist, this is not the right time" is electorally understandable but ...
1953
Read

Let's take a deep breath and try to analyze the events and the harbingers of the ongoing War in a way, to ...
8885
Read