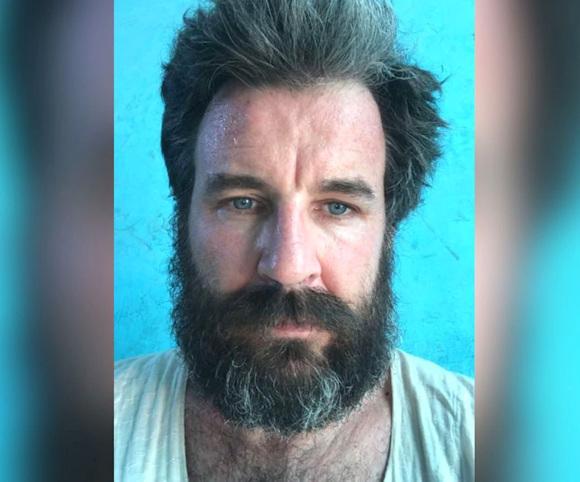 After 22 months of detention, the Egyptian student Patrick Zaki was released (although he was not cleared of the charge of subversive propaganda). Throughout the period in which Italian public opinion was imprisoned, the humanitarian associations and the MAECI urged the government of Al-Sisi to intervene in favor of the boy.

For the record, Zaki does not have Italian citizenship but was attending a master's in gender studies at the University of Bologna.

A situation similar to the story of Zaki is still in existence in the Republic of Sudan, in Khartoum, where the Italian Marco Zennaro is de facto Prisoner, for nine months, of the military junta that governs the country. He cannot leave Sudan, where he has been held under house arrest since last June, because he is accused of selling faulty electrical transformers

Marco Zennaro is 47 years old, the father of three children and manages the family business that produces electrical materials in the industrial area of ​​Marghera, in the municipality of Venice.

In March 2021, a consignment of goods shipped to Sudan is contested. He then decides to leave to resolve the diatribe, he certainly does not imagine that he will end up in a prison. Once in Khartoum he meets his business partner who accuses him of fraud and asks for compensation in money. Zennaro tries to negotiate but is kidnapped and locked in a hotel room for a week.

The family in Italy manages to raise 400 thousand euros to give to an intermediary in Sudan, a certain Ayman Gallabi, who was a signatory of the fraud report (in practice it is the payment of a ransom). A few days later, at the end of March, Gallabi was rescued from the river Nile who had drowned and Marco Zennaro was arrested by the militias of the military regime when he was already at the airport for his return, it was 1 April 2021. With the assistance of a airport attendant managed to prevent the Italian businessman from taking the plane.

At that point his exit visa was illegally canceled and he was taken to a room in the departures area where he was held until the arrival at the airport of the Italian ambassador in Khartoum Gianluigi Vassallo, his deputy Dr. Mangiola and 'interpreter and collaborator of the Roberto Viganò embassy.

The repeated requests for clarification addressed to the airport authorities on the reasons for the illegal detention of Zennaro were replied that they were decisions "received from above via WhatsApp".
No written document had been provided justifying the arrest.

At that point it was evident that a real one was in progress kidnapping. Unfortunately, the kidnapping was not evident to the ambassador who kept repeating to Marco Zennaro not to worry and that, on his word, he would still take the next plane to Istanbul. During those next seven hours, the ambassador underestimated the situation and, at the cost of a diplomatic incident, instead of transferring Marco Zennaro to his embassy by authority and reporting to those responsible in Rome (Minister Luigi Di Maio perhaps?) That he was a kidnapping in progress, remained passive to await events, in the best tradition of Italian officials.

Zennaro is then thrown into a cell of a police station in Khartoum and imprisoned for 75 days, together with 30 other inmates, without the possibility of using the toilets and with the possibility of speaking with the family lawyer for a few minutes. per week.

After two months of negotiations, the criminal charges are dropped and, in mid-June, Zennaro is moved to a hotel in the central area of ​​the capital. Convinced that he can return to Italy, Zennaro is assisted by his father, as the detention has greatly weakened him physically. However, the Sudanese Civil Court orders the passport to be withdrawn and produces four new counts of fraud that start a new trial.

He is asked to pay one million euros in compensation if he does not want to risk a new incarceration. The Venetian entrepreneur stops eating and sleeping, he is afraid for his own life. The father is contacted by the regime militiamen who order him to pay the sum requested to avoid a new kidnapping.

At this point, the Italian foreign ministry finally intervenes and orders that Zennaro be moved to the Italian embassy in Khartoum. In the meantime, the new trial begins which, however, has been postponed from mid-June to early October.

The European Union also comes into play, with its usual ineffectiveness. In June, MEP Brando Benifei filed a question to increase political attention on the case. A month later, the High Representative of the European Union for Foreign Affairs and Security Policy, Josep Borrell (practically the absolute void) replies: “The charge d'affaires of the EU delegation in Sudan worked closely with Dr. Luigi Vignali (Director General for Italians Abroad of the Farnesina, NdA) in the last expedition at the end of June to defend the case of Mr. Zennaro before the Ministry of Foreign Affairs of Sudan ".

All very encouraging but Marco Zennaro's family cannot pay the sum requested by the Sudanese court, which would be "satisfied" with 700 thousand euros. The latter opened the trial in mid-June but there were several postponements for various reasons (twice the absence of the judge, the absence of the prosecutor's lawyer).

Marco Zennaro's father, a few days ago, on the eve of the new year, sent a video message to President Mario Draghi so that the Italian government undertakes to bring his son back to Italy.
In the next few days there should be another appeal but, given the previous ones, it will hardly be decisive.

Marco Zennaro is yet another compatriot victim of the oppression of a criminal state. The pattern is always the same: overpaid officials who are unable to make decisions and the Farnesina which tries to activate completely ineffective diplomatic channels. We could come up with the usual comparisons with other countries and assert that if Zennaro were an American, Russian, French citizen…, but it would be useless.

What would be needed is to finally understand that in certain geographical contexts the protection of civil rights is pure utopia and that the only right that matters is that of force.

Net of the "winds of war" that blow from the east, Italian public opinion is totally focused on the elections ...
4967
Read

On January 19, the handover for the national contingent, which has been involved for over 6 months, should have taken place ...
4813
Read

We have praised almost subversive the "extraordinary commissioner for the implementation and coordination of measures ...
3552
Read

"I work only for myself" thus, between laughter and grunts, the protagonist of the animated film says at one point ...
1193
Read

The new commander of the MIASIT mission and the related support staff will reach Libya but have not been ...
6943
Read

Never, as this year, does the anniversary of September 11 take on a celebratory value, but also a mocking one. On that date the ...
1199
Read