Italy and the Libyan crisis: Di Maio returns without "selfie" 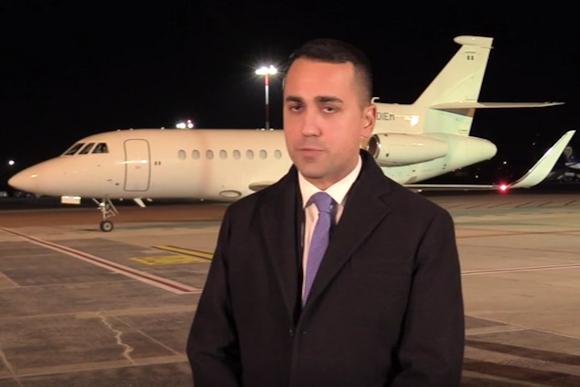 "I met both Sarraj and Haftar and I was very clear and frank with them: we are not interested and we are also a little tired of the photo-opportunities, also applies to European ones, there is only one solution and it is the diplomatic solution to the Libyan crisis. "

Already from the first words of our foreign minister returning from the overseas mission we can understand how much the need to compensate for the absolute lack of the slightest winning strategy goes through a click to share on social media.

To listen to those who represent us before the world one also thinks about how much effort the two bitter Libyan "friends" must have made to convince the Prime Minister Giuseppe Conte last year in Palermo at the Libya conference to take a shot together.

"Thank you but my concern is to resolve a conflict that has devastated your country, which has created huge holes in the legality and compromised the economy of my beloved Italy." - will have been the answer? 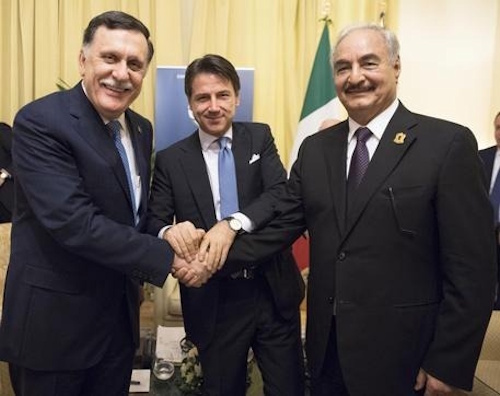 "Maddai! We are superficial and Levantine men who base their political action on trivial thoughts and tweets of few words, but you, who are a true and beloved European leader, follow our littleness and take a snap while shaking hands ... Come on ! You can't imagine HOW we care! " - will they have insisted?

"I'm sorry. But the Palermo Peace Conference must deliver results, not selfies! If it were a joke in a few months, you'd shoot at yourself showing my pathetic failure ..." - will he have closed?

"It is enough that we keep it for ourselves as a reminder of your brotherly love. But, I RECOMMEND we don't publish it!" - the reply?

If Minister Di Maio says he is "tired of photo opportunities", will this be the dynamics of last year?

There is another aspect: when I take my son to Mass on Sunday morning, towards the end, there are children who in front of the microphone pray to the Lord or the Holy Father for peace in the world, the end of war, poverty, drugs ... Now, they're age-appropriate little things. If a baby were to say: "Please Lord that my government will stop financing criminals and by force, if necessary, allow the end of the war, violence, anarchy in Libya", I would worry because it would be almost disturbing.

No less disconcerting, however, is to hear a grown up boy, let's say by now almost a little man, who makes speeches as a child. 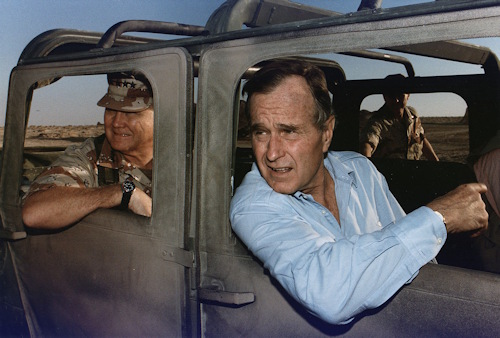 Hear for days repeating that the "solution of the crisis cannot be military" it makes us miss the lack of our minister at crucial events in history where he could certainly have been decisive (in at least a couple of occasions for himself).

Can you imagine telling Dunkirk in 1940 that the "crisis solution cannot be military"?

Can you imagine saying in the Berlin bunker in 1945 that the "solution to the crisis cannot be military"?

Can you imagine telling Golda Meir in 1973 that the "solution to the crisis cannot be military"?

Can you imagine telling Margaret Thatcher in 1982 that the "solution to the crisis cannot be military"?

Can you imagine telling Bush in 1990 with the occupation of Kuwait that the "crisis solution cannot be military"?

Can you imagine saying in Libya in 2019 that the "solution to the crisis cannot be military"?

All of a sudden I feel like praying: Lord, protect Italy from its great-grandchildren and, if necessary thanks to the military, brings Peace and Freedom where it is lacking. 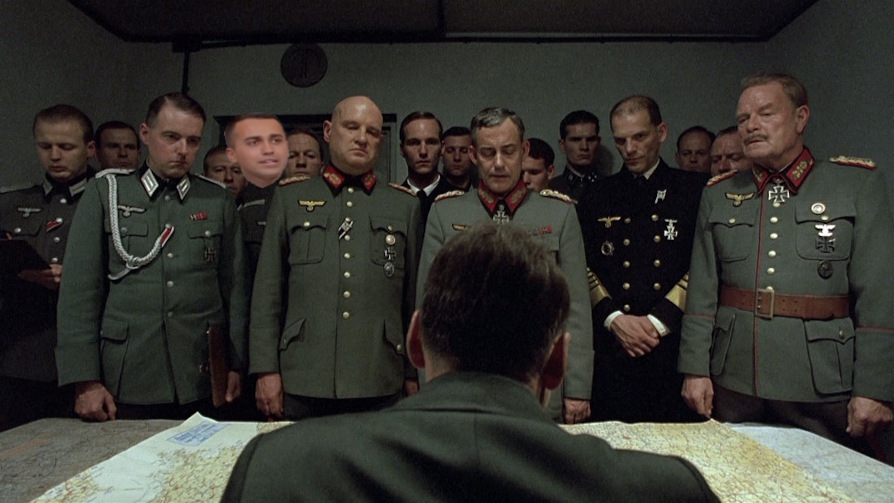 Photo: Twitter / Presidency of the Council of Ministers / web / (photo retouching of the image taken from the movie "The Fall")