Italy hanging from the five stars 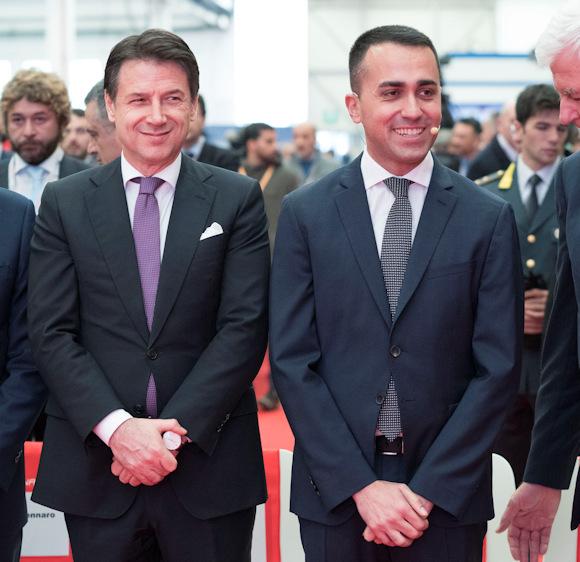 Dear Editor, in recent days I did not want to deepen too much my reflection on the foreign and security policy of the government yellow-green, in delivering the editorial with the contributions of readers (more), not to intervene in the political debate this week. Now, when the electoral ball stops, I feel like throwing a stone into the henhouse.

The current government, of which I do not deny the good intentions, now has a ballast that is slowing down to stop it, a bit 'as happened to that of Enrico Letta after the expulsion of Berlusconi from the Senate: the Five stars have not understood that the 4 March 2018 was only a vote of protest, not the principle of a revolution. And that the voters, however, have understood well, now, to have taken a colossal cantonata. Yes, because - after the cases of Turin and Rome - once again the politicians under contract with the Casaleggio & Associates they confirmed their total ineptitude in managing power in complex realities. Not surprisingly, last week, speaking at the inauguration of the LUISS Guido Carli academic year, President Sergio Mattarella highlighted how our country is in great need of "ability to understand reality, to study, to deepen ... and (above all) to avoid improvisation and approximation".

It is useless that we hide behind a finger: as the block of the TAV serves as a fig leaf for a political action of government to say the least disappointing, so the protection - in words - of the military victims during the service barely covers the cuts to the budget, "symbolic" investments in cyber security and the disparaging campaigns against the union representatives of the Armed Forces.

The positions taken by our country on Venezuela, then, do not hide just a damn thing: it is the defense of a satrap that according to Amnesty International makes a massive use of "Extrajudicial executions, arbitrary arrests, lethal violence against the poorest". I fully subscribe to this statement and add, under my responsibility, that having removed Italy from the shared line of the great Western democracies constitutes a dangerous precedent. Suffice it to say that in the past, as at the time of the crisis in the Balkans and Lebanon, the various center-left governments - without the support of the Communist Refoundation - had always turned to the responsible opposition, in order not to derail Italy.

Director, Spain, a brother country whose democracy is perhaps more complete and serious than ours, in June, 2016 returned to the vote after just six months, because the voters were wrong, they had elected an ungovernable Parliament and had to be consulted again. Now, with the government hanging on one or two majority votes in the Senate, maybe it's going to sound the hour of rationality for the most responsible grillini. Or, like last spring, President Mattarella will soon be called to an act of courage.

This, as they say, was left in the goiter.