Ignorance is the common good 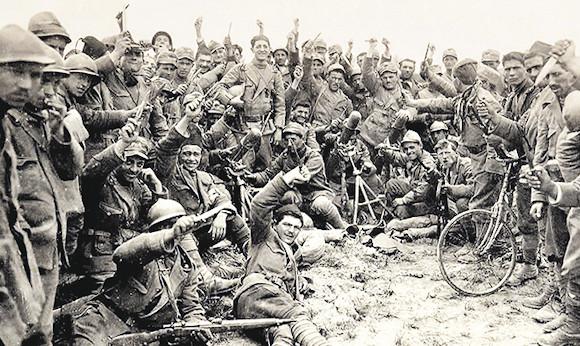 Leafing through the electronic pages of Repubblica, in the Turin section, seven photos were dedicated to an exemplary replica of the dagger of the braves of the First World War, sold by a shopkeeper from Turin. The thing, in itself, would not make any sensation except for the fact that such an object, displayed in a showcase of an elegant shop in Turin, has caused a sensation with many passersby, so as to bother a national newspaper making a "case" to be investigated.

The newspaper cites: Someone has turned his nose seeing that dagger in a window in the center of Turin, lying next to a photo of the early years of '900 with the motto "To whom the honor? To us "and thinking of the gesture of a nostalgic shopkeeper started the indignant report.

Fortunately, the shopkeeper has been able to use the right words to clarify that it is not a fascist object, much less nostalgic, giving a sensible explanation of the value of the object sold. But what is most striking is the now unstoppable "ignorance" that devastates the mind of Italians: it is an ignorance without political color, which comes from both the right and left and tends to pulverize, with phrases made, all that it is not clear: a knife becomes a fascist symbol, while a colored boy immediately becomes a probable drug dealer. Ignorance yes, but above all superficiality and no desire to know, know, study or thoroughly investigate the different issues that arise before our eyes every day.

We are not all required to know the story, in the same way we are faced with an increasingly faster, superficial information, which requires the reader to take an interest subsequent to the reading that, theoretically, should complete the news. It happens instead that most of the readers shy away from any kind of study, preferring to read only the lines that interest them, especially when they label or infam someone or something. This is why it happens that a mere replica of the dagger of the brave suddenly turns into an unwelcome nostalgic emblem, impudently exposed by a merchant who was immediately put in the pillory as "right-wing extremist". 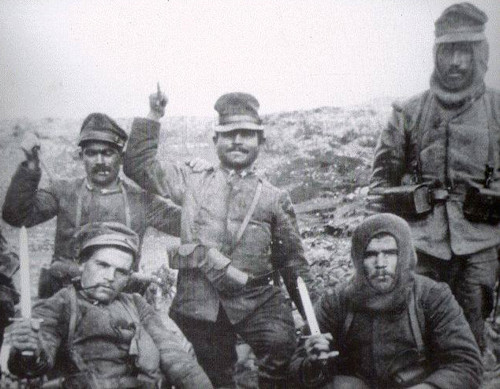 In this circumstance the word "nostalgic" could assume a different value, especially if we think of who, brandishing that blade, has completed the Italian geography making it - coincidentally - just for a ruling dynasty that had its historical roots in Turin.

What is the purpose of history? What happened to its value? Right and left are now distant from an era in which the two ideologies had a clear, distinct profile, which summarized two values ​​in antithesis for which the Italians went down in the streets angry and ready to slap hands. Nostalgia - little but sure - of men like the brave ones who on the Col Moschin defended the honor of the Italians by rejecting a superior and fierce enemy, only to conquer a miserable piece of patrician soil. The sacrifice of those soldiers helps us to reflect on what it meant to "defend the country", an attitude that today is flagged as a banner by men who have no perception about what it means to take a rifle, facing the enemy, playing the life. The problem is that we assist defenseless to the crumbling of a "trivial" generation that does not know its past, but that imitates everything and longs to live "lives of others" more fortunate and perhaps more beautiful. A blind Italy, with an inadequate ruling class and unable to understand how the only possible investment is the national cultural heritage.

For several years now the term "culture" seems to have become synonymous with weakness, a thing to stay away from. To label culture as a leftist prerogative has, alas, the same value of the dagger as an emblem of the right: a senseless idiocy. Ignorance (both for the right and for the left) has risen to the only viable value to enjoy a better life, quiet without asking too many because, while the slogans are the maximum expression of those seeking simple and direct explanations.

Melancholy of the bold? And how. All men should hold a dagger in their hand as it embodies a proud and proud gesture of an Italy that is no more, that did not hide behind the defenseless to make its own political manifesto. The brave, fearless, looked their own destiny in the face, but today the masks and gorges behind which hide themselves are fashionable.

We conclude with a bitter note, but that should raise the head to those in their hands - instead of the dagger - they hold a book, also an object that seems destined to become "nostalgic". In 2019 we enter the year in which we remember the figure of Leonardo da Vinci, a universal representation of genius, but above all an Italian who has enchanted the world with his mind, leaving an eternal sign in art and science. Today the Leonardo are no longer there, but the name of Italians in the world is held high by those who, with courage and sacrifice, have been forced out of national borders to study in efficient structures, where the merit and investment rule applies. on who produces knowledge.

The question we ask ourselves is whether today, a man like Leonardo - likewise a genius in the military field - would have found space in this Italy, where he would probably have been banned by the envious and suffocated by a perennial lack of funds for his studies.