Libya: a week of political theater to please the "comrade" Qatar 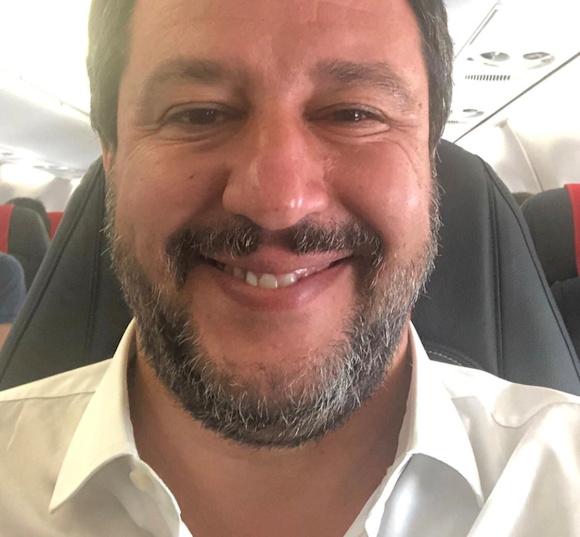 On Monday, July 1, in the prefecture of Milan, the self-styled president of the Government of National Accord (GNA) and in fact mayor of Tripoli Fayez al-Sarraj met Matteo Salvini. To unite them, the amorous relationship between the yellow-green government and the gas emirate of Qatar.

According to sources close to the Minister of the Interior, the face-to-face meeting during the "fruitful meeting" talked about the situation in Libya. Sarraj has officially requested a resolute intervention of Italy for pacification and unofficially a robust supply of arms "as Turkey already does". According to the same sources, other topics that closely link Libya and Italy have also been treated: immigration, energy, economy.

Oh well, we pretend to believe that apart from immigration and oil, the two have found other topics of conversation that were not time and football ... Salvini would have "guaranteed commitment, pleased with the central role of our country which is a serious interlocutor" and he would have heard al-Sarraj criticize "the strategies of other countries starting from France". In short, the Tripolitan leader has achieved little more than a questionable venue (the prefecture of Milan, not even the Interior Ministry ... just to avoid meeting him in via Bellerio) and the results are nothing short of evanescent: in Rome, not even the friendly government has tripe for the GNA cats ...

Question and answer, on Wednesday 3 July the GNA announced that the Libyan national army (that of Khalifa Haftar, with the support of Washington, Moscow, Paris, Riyadh and Cairo, to understand each other ...) bombed a detention center for "refugees rejected "In Tajoura, a facility containing 600 of approximately 6.000 individuals held in hangars and former Libyan prisons. Note well that he would do it with only one aircraft1, first hitting a garage and then, after a few bursts of machine guns fired from the ground, the hangar in question. 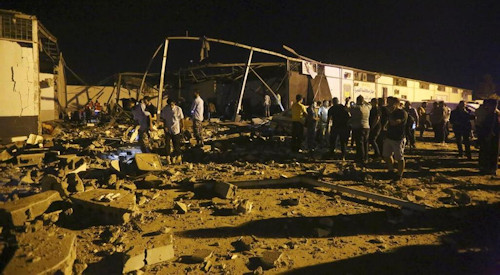 Judging by the photos always spread from Tripoli, the only blow would have caused a damage, to say the least, geometric: the gash has produced what from the aerial photos looks like a perfect square but has left intact a white car parked immediately outside. When it is said that one is a lucky driver ... Worst luck, instead, it would have fallen to the 40-120 victims (there are no certain numbers). The protests of the Qatar-Turkey front have turned against Haftar: it does not appear that anyone has proposed investigations into the status of these centers and their guests.

It was enough to send a message to Rome: guys, or give us a hand with weapons or free the beast that most frightens you, that is to say the tens of thousands of refugees driven back into Libya or simply rounded up to justify Italian investments. There is no scandal: it is given by Muhammar Gheddafi that those who are in Tripoli try to steal money from us with boats or dinghies of illegal immigrants. Only now we have against four fifths of Libya (the part controlled by Haftar) and those who should be friends (GNA) blackmail us.

Salvini and Trenta, meanwhile, delight us with another political theater: instead of allowing the Italians to ask themselves if by chance in Libya we have lined up on the wrong side, they divide us with issues of goat wool such as the opening / closing of ports to NGOs and the role of the FF.AA. in this policy. There's no denying: Qatar has chosen them well, its friends.

1 Emirati, to listen to Tripoli.

Let me paraphrase Rhett Butler and state that, unlike other analysts, I believe that of ...
9706
Read