Home Recommended Publishing Libya: we are too distracted by the ephemeral ...

Libya: we are too distracted by the ephemeral to realize we have been taken for a ride 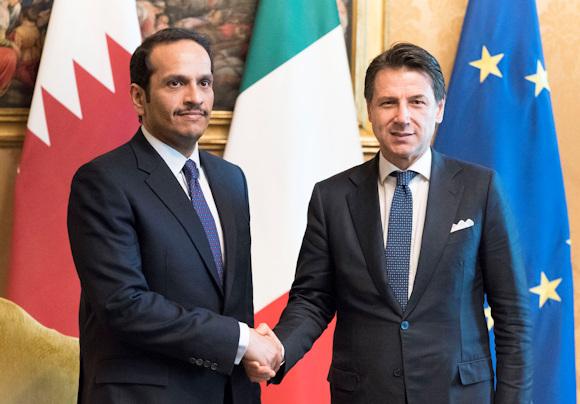 Have you wondered how much the Italians are interested in the safety and continuity of hydrocarbon flows from our suppliers to the national territory? Little or nothing: apart from the cases, like the TAP in Puglia, where the logic of the NIMBY "triggers" (English acronym that we could translate as "not in my backyard"), in reality our fellow citizens are not interested in an import that It "weighs" on average two points of GDP and has enormous geopolitical implications. To understand each other, out of twenty thousand euros of annual salary, Azerbaijan is collecting approximately 80, Russia, Iraq and Iran about 40-45 each, Saudi Arabia 40, Libya thirty and Kuwait about 25. Every year we work at least a whole week to keep these gentlemen, but we don't care, because in the end we already throw away so much money between direct and indirect taxes, pension contributions and so many services that sometimes we don't even perceive the effects. It will be for this - because we care little for every single waste since we throw away so much wealth - that the idea of ​​losing our "treasure" in Libya does not scare us that much. We are more concerned about the uncontrolled flows of hundreds or even thousands of individuals with unfamiliar features than financial flows, of raw materials, etc. This, let the term pass, those who have a refined mind know it1 and so much wealth: every day, as a proverb says, the smart and the stupid awaken in the same way, but they do good business only when they meet. And we, wary of geopolitical, geostrategic and geo-financial issues, are the ones with the ring on the nose that the very rich "crafty ones" willingly meet, because we are very pleased, we settle for the egg today, we have a short-term vision. The others, after all, are not even very refined minds: they are just shrewd and cunning, "shrewd like snakes" someone would have said. 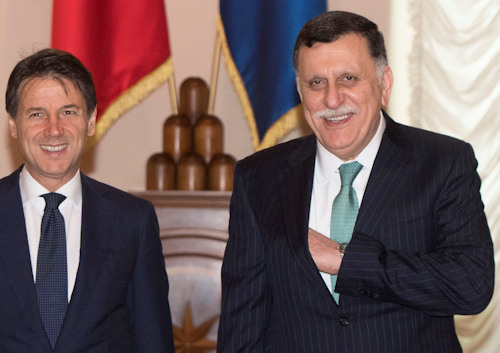 To please the simpleton does not take much: usually, they are so predictable that it is enough to prepare a few beads and mirrors (for the larks) to make them rejoice like children (fools). Suffice it to say that there are not six thousand immigrants ready to leave but "800.000 !!!" And here the Main Stream press and the “popular-populist” press take the bait. Eight hundred thousand "tanned", as a former prime minister would have said, or "poor men", as the writer prefers to say.

Did the Italian intelligence services count them badly? Did two zeros escape because of the automatic corrector? Or simply those six thousand are visibly present around the ports, looking for a better job after a few years in the service of middleclasser and the Libyan lords, people who do not go lightly with the sub-Saharan "servants" and who have no politically correct scruples in treating them as slaves?

Where do the eight hundred thousand come from? They are, more or less, all the colored people present in the Tripolitania managed by the Sarraj government. People without whom the Libyans would not have agriculture, transport, house cleaning ... In short, people who will be held tight until the end, because North Africans and Arabs still cultivate the "otium" as a virtue.

Aren't they leaving? No. Perhaps, those four fifths of a million "expat" will not go away even if Haftar will occupy Piazza dei Martiri in Tripoli, because ... even if you run away, the "Filipino" will bring it with you.

But please explain to the Italians, who are not carers. This week the two smiling Ahmed Maiteeq, one who knows Italy, to tell us about his studies two decades ago before going on to deepen his studies in London, and Mohammed al Thani, Qatar's foreign minister, came to tell us this story. one who graduated from 232 years under the house and at 25 years he was already director of the agency that manages the affairs of the emir family (his). These are two old friends who know each other and appreciate each other in private. 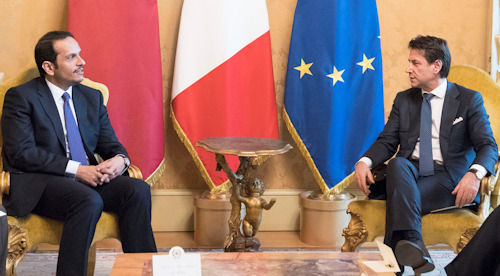 Here, the puppet show for the public (the Italians) began: pity that the threads can be seen very well. The Qatar "puppeteer" didn't even bother to hide it. On the other hand, Italy - in the sense of the government with the grillina foreign policy - plays too much open cards, offering a bank, which is even more valid as a member of the European Union, but above all it has a cost - in terms of international relations - which we still struggle to quantify.

How much is willing to pay Doha for this "help"? The just 2,6 billion interchange does not tell a story of investments such as to justify so much ostentation of the wires by the puppeteer. Unless the ostentation of the "puppeteer" does not serve itself to indulge the spectators. Yes, because superficial observers like the Italians to see the "sheikh" in their eyes think not already of the skilled manipulators of public opinion with the TV Al Jazeera and the sponsors of political Islam with Ikhwan, the Muslim Brotherhood, but at most they cultivate a some envy of Doha's investment in football.

Matteo Salvini likes to think according to the Italians' belly to the minister and deputy prime minister. For this reason, he let himself go to hasty statements: "We are working because there is no war, we hope that the worst is over, the Haftar blitz has failed and we are at work to stop the missiles". Yes, this is what media and citizens mean: as if Haftar had forgotten Gaddafi's lesson of 2011, that is that Tripoli is impossible to keep and not very convenient to take. The real game if you have to play with Misurata: taking the capital would be a useless waste of resources. Or perhaps we should say, to be understood by the Italians, as the 4-3 victory against Germany in the 1970: beautiful, but good only to present us exhausted to the decisive confrontation, the final with Brazil.

1A term dear to the late Giovanni Falcone ...

2Italian readers should not be deceived: graduating from the 23 years in an Anglo-Saxon system is tantamount to going off course ...