Home Recommended Publishing Libya: why the world treats us like a ...

Libya: Why does the world treat us like a "banana republic"? 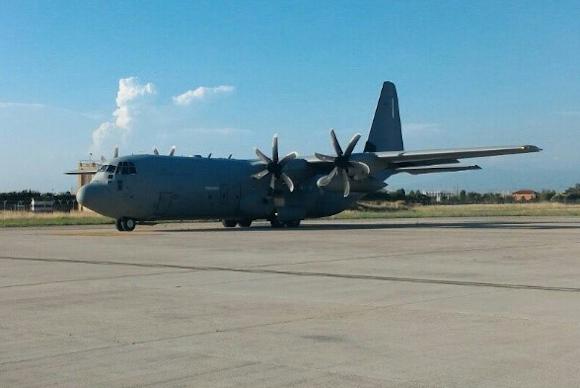 The agency LaPresse yesterday took a statement by the group leader of Forza Italia in the Foreign Commission, Senator Enrico Aimi.

Yesterday afternoon (July 30, ndd) an Italian military plane, a Hercules C-130 coming from Pisa with 40 soldiers on board, called to carry out support operations on site, landed in Misurata at 17.30. However, some soldiers from the Celio and the Julia Brigade were denied permission to land by the Libyan authorities because the entry visa was missing from their passport. A case of unscrupulous "rejection", ridiculous and at the same time humiliating for them and for us. Returned home after a few hours, with the same plane, back to Pisa. The news is unbelievable and shows that internationally our country no longer matters. Let's try to imagine what would have happened if an "accident" of this type had involved the American Marines who arrived in any friendly country. While in fact thousands of illegal immigrants arrive from the same coasts at an increasingly fast pace and end up financing human traffickers, from Libya they require us to go back to where we came from. It is shameful that international respect is no longer due. Now they are making fun of us. If we had a modicum of dignity we would have to start countering the arrival of illegal immigrants, who are not only visa-free, but also with identity documents. This gesture mocks Italy and legitimizes the world to treat us as a "Banana Republic". I will present a question to the relevant ministers to ask for clarification. The government has a duty to immediately give explanations on this unacceptable story.

The harsh words of Senator Aimi may seem impeccable and justified, however, in asking for clarification, we hope to reconsider some "hot" evaluations. This is for the following reasons:

In our opinion, the military did well to be fooled and to return to Pisa. The applause therefore goes to those responsible in Libya: General Fronda (commander of the bilateral Assistance and Support Mission in Libya) and Colonel Tinelli (commander of the Hippocrates Task Force). The day we have government politicians who have peace at heart and not an endless agony to be watched helpless or - worse - accomplices, then they can be soldiers and seriously help to end the conflict. For now there is no need to make "masculine" decisions which could also involve stabbing (to say the least ...) in the back.

As the Afghan ambassador to Rome told me during an interview nine years ago: “War is abuse, violence and abuse. The best thing you can do is win it. To stop it! ". We in Libya do not fight, do not see and probably do not even understand what is happening. And in doing so we act paradoxically as warmongers.

Perhaps it is time for someone to have the courage to admit the most honest and banal answer to the usual question: why does the world treat us as a "Republic of bananas"?

The first "international" meeting of the Prime Minister Giorgia Meloni was with the president of ...
3435
Read

With today's oath, in front of the President of the Italian Republic, Sergio Mattarella, the Meloni government ...
6270
Read

Potentially he is the best defense minister of the last century: shrewd and prepared he will not need people who ...
9446
Read

In these days the mayor of Pennabilli, a small town in the province of ...
7508
Read