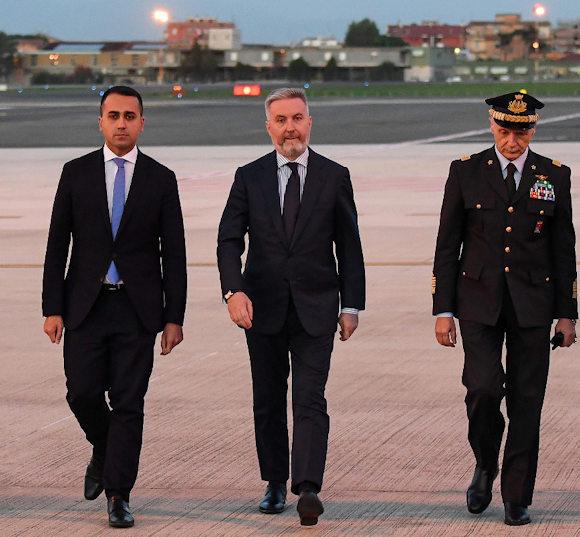 Over 200 soldiers from the Bilateral Assistance and Support Mission in Libya (MIASIT) are STILL stuck in Libya.

Most of them in April reached 6 months of stay in the theater but there are those who had already exceeded them by a lot at the time.

The problem? Visas are not issued to the contingent that must change.

At the end of May, the Minister of Foreign Affairs and International Cooperation, Luigi Di Maioproudly tweeted “Just got back from #Libia. Peace, political stability and economic recovery are the cornerstones on which we stand sensitizing Europe too ... "

Because the Minister of Foreign Affairs and International Cooperation, Luigi Di Maio, does not see of "Raise awareness" also his ambassador to Tripoli?

Why does the Minister of Foreign Affairs and International Cooperation Luigi Di Maio not "raises awareness" his colleague Minister of Defense, Lorenzo Guerini, and take a tour in Libya, maybe even in Misrata? Why is the food bad and the meal not fresh? (v.articolo)

Why, since the attitude of the government of national unity Libyan is a clear INSULT to our country, do we not close our mission? "Why would we go to lose"? Do you remember what the national position was in Libya before the war and what is the current one? Let's not joke, we have nothing left to be stolen, if not dignity ...

There are 200 families on hold who have not been able to mark a date on the calendar for months.

Those who must return for "serious reasons" are belatedly satisfied through justifications such as health ones ... It is however aberrant that a soldier must be forced to resort to these artifices when the "serious reasons" are other and clear: the inability and / or the indifference of those who should take care of our men and women.

At least the Libyans do the Levantines with foreigners, we do it between Italians.

"The West has grasped the desire to create peace plans that should lead to a solution to the crisis in ...
1560
Read

Dear reader, For nine years Difesa Online has been fighting with its strength together with the help of some readers and sponsors. The...
5375
Read

These days Ukrainian fighters are receiving arms supplies from NATO and other countries of the ...
9999
Read

Russia can only win given its superiority. This mantra - self-evident for the historical mission of ...
7793
Read

For almost a month, Italy has been facing its worst nightmare: the word "war". For historical reasons that term is ...
8435
Read