Home Recommended Publishing Election day will be in the middle of the peak of ...

The election day will be at the height of the peak of the second wave in Italy: does the government realize this? 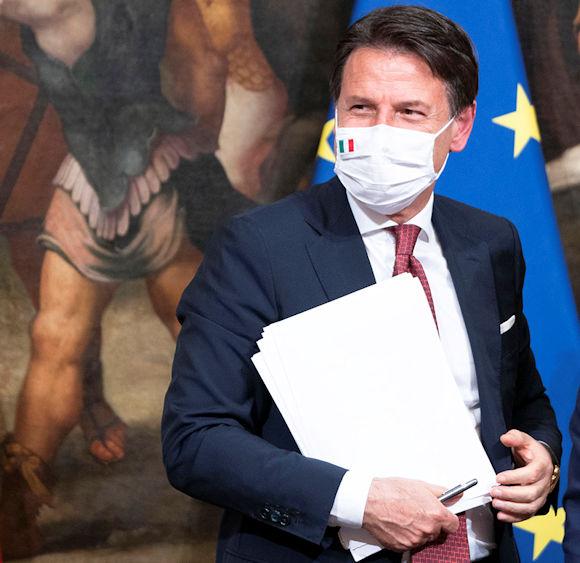 If we want to tell the truth, the diagnostic swabs for Sars-Cov-2 imposed on vacationers returning from Croatia, Spain, Malta and Greece are more or less useful as the temperature scan was for millions of people who arrived in Italy with the plane last February: these and that are only modest warm panicelli. The same goes for the clumsy attempts to quarantine asylum seekers and plans to contain the nightlife among young people in a summer of 35-40 degrees.

Did it not occur to the premier and the interior minister to resort to the same deployment of policemen, carabinieri and financiers used to impose quarantine on our country in the streets of entertainment and in the clubs of the buzz? What happened to the drones used to keep an eye on runners and mothers with prams?

The truth is that swabs and serological tests carried out by the National Health System have been in sharp decline for months: many readers report with dismay that they had to pay even 50 euros out of their own pockets to make sure not to infect frail and elderly relatives. Other readers report the cases of relatives with “parainfluenza” symptoms employed by freight forwarders, restaurants and service companies.

Yes, the coronavirus did not go on vacation, it only travels under the radar, as we wrote a month ago (v.articolo). Yet, the numbers of Italy, albeit strongly increasing, "out of tune" a lot compared to those of all the surrounding countries: Spain and France have been traveling for days between two and three thousand cases a day, Germany often exceeds a thousand, Brussels and The Hague together report more than double the number of newly infected in Rome every day (although we have far fewer inhabitants).

The impression is that the Government and the Regions do not want, so to speak, to disturb the holidays for Italians, or to further damage the tourism sector, already heavily affected by the lockdown of last spring. The very fact that the authorities accept that they profit heavily on tests means that they do not want to favor monitoring the spread of the pandemic in recent months.

Even net of VAT and management costs, the € 50 above means an increase of over thirty times the cost of the kit for a single pad.

Do you remember the state interventions against those who profited from Amuchina and masks in recent months? How come now the "guardians" have turned away?

Apart from tourism and the desire to "distract" the Italians a little, it will not be until September 20-21 that an institutional referendum is scheduled which will inevitably represent a personal "triumph" for the premier and the Movement 5 Stars and nobody wants to cancel it "only" because it is a risk to bring fifty million people to the polls in full pandemic? Isn't it that you are trying to keep it going, avoiding a second wave that is already very evident?

Frankly, we do not think that this "second wave" will be as devastating as the first, at least not for our country: the cases of Israel, Australia and Japan that we had monitored in our previous article, seem to confirm what we have written, namely that lethality it is modest. Warning: we said modest (compared to the massacre of March / April in Europe), not nothing, on the contrary ... in Israel, COVID-19 represents over 5% of the causes of death every day.

Above all, the observation of these three cases seems to make it clear that (1) most of the infected will have mild symptoms or will be asymptomatic, (2) the "second cycle" will be in the order of duration of the previous one and that (3) the peak will be higher, perhaps much higher than in the first wave, which, although many patients will be symptom-free, will in any case entail an important stress for the entire country system and in particular the health sector.

That said, we believe that the second wave is already underway and that the scarcity of diagnostic swabs, as already in late February-early March, does not allow us now to grasp its size, almost certainly comparable to those of France and Spain as it was happened on time last spring: this leads us to the easy conclusion that in four to five weeks the scenario ofelection day will be that of the peak of the second wave.

Everyone is talking about the risk, actually modest, posed by the reopening of schools: who remembers that for the referendum tens of millions of people will move from all over the country and of these most will be elderly? Perhaps we still have time to think about it, so as not to have to compare the elections of 20-21 September with Atalanta-Valencia… which also moved only 50 people, not 50 million.