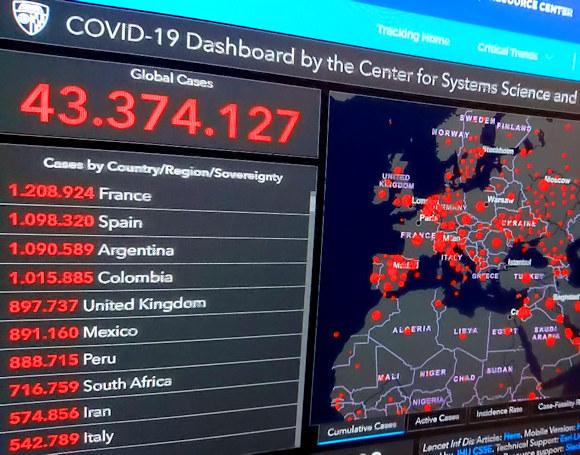 For several weeks the average age1 of infected with Sars-cov-2 in Italy oscillates between 43 and 46 years: we can say that the pandemic is hitting all age groups in full and in a more or less proportionate way, given that the average age of the country is 45,6 ,35 years. All of this is very different from what happened last March, when the pandemic crept into hospitals and nursing homes, affecting especially the elderly and the most vulnerable and causing the largest peacetime massacre in Italy since the time of the Spanish flu. : almost 21 thousand deaths in one hundred days, between 31 February and XNUMX May, net of those who lost their lives due to lack of care because the whole health system was engaged only in the war against the coronavirus.

To get an idea of ​​what happened, it is enough to recall just a few figures from Lombardy, the epicenter of the cataclysm:

• one in ten dialysis patients were infected and one third of those who contracted the disease died;

• 15% of infected cancer patients died, compared to a national average of 4,5%.

It must be said that, however, the scarcity of tampons has determined the monstrous figure of mortality, 51 times the normal one, of the 233.000 positives2 last spring: not even the most naïve, by now, believe that just 0,39% of Italians were infected in the first and second quarter of 2020. If countries with serious statistical offices, such as Germany and Switzerland, have registered a mortality oscillating between 1 and 2%, then it is probable that the number of cases in Italy has been between 1,7 and 3,5 million, most of them in Northern Italy, between March and May.

Now, the same authorities, national and regional, which fed us the figures in the spring, have created another statistical monster, which we will analyze briefly and simply, and then understand the reasons.

We will do this, initially, with two comparative analyzes:

In both, we will consider a distance of thirteen days between the first positive swab and death in patients who have died and will often round up the figures, so as not to bore the reader too much.

Italy vs. Spain and France 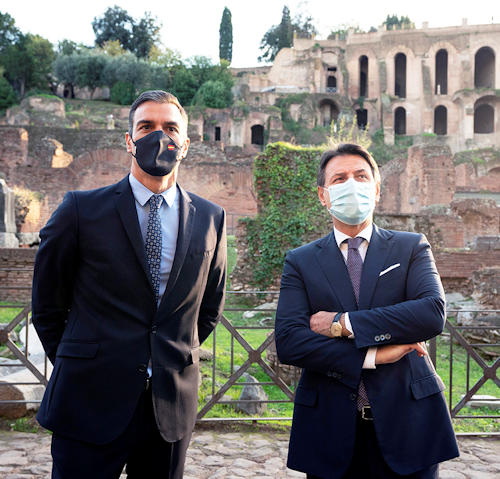 In the time span between September 12st and October XNUMXth, the tracing of new positive cases in the three countries gave these results:

The difference immediately stands out: on the other hand, as I had anticipated on Online Defense in summer (v.articolo), in Paris and Madrid the pandemic regained force 4-6 weeks earlier than in Italy, if it is true as it is true that the peaks of last spring were exceeded on September 5st by the Spaniards, on the 14th of the same month by the French and only October XNUMX with us. The difference becomes strange when we compare the mortality of the pandemic in the same country:

The accounts do not even add up in percentage: on the one hand, Madrid did worse than Paris only because the Spanish country system is less efficient, while Italy, on the other hand, seems to be on the ropes again, even with many fewer cases:

To understand each other even better, here is how much, in the period under analysis, the pandemic killed more than the normal situation in these countries:

If the first two data, 7 and 10, are physiological so to speak in a framework like this, with a new infection without vaccine and truly effective antiviral drugs, the data for our country does not add up at all. And our "feeling" is confirmed by the second comparison 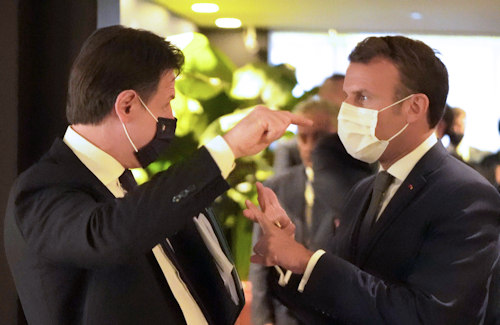 Some might object that, apparently being the spread of the pandemic in different phases, it is not correct to compare the Bel Paese with the other two: this objection is true, but it should be based on an Italian data that is better than the others, as their health systems are subjected to enormously greater pressure. Anyway, let's compare Italy and France for similar quantities of new cases but in different periods. By force of circumstances, we have to go far back in time in the case of the Transalpines. Thus, the current phase of Italy finds its French twin in the period between mid-July and the first ten days of September:

Here it is again, the monster appears before our eyes again: the difference in mortality between the two countries is even more evident:

In short, in our country, according to the figures, people die two and a half times more than in France, even half of the cases. This does not add up, also because this is the situation of the intensive care admissions on October 25:

On closer inspection, our mortality should be, to say the least, half that of France. Given that the number of deaths is not in question and assuming a mortality of 1% in Italy (compared to less than one in France), the "official" cases should be more than double those announced. Therefore, I don't think we are faced with reliable statistics: the Italian positive figure is simply distorted by the fact that we do not do (or do not want to do) more than 800 thousand / one million tampons per week, while France administers more than twice as much. 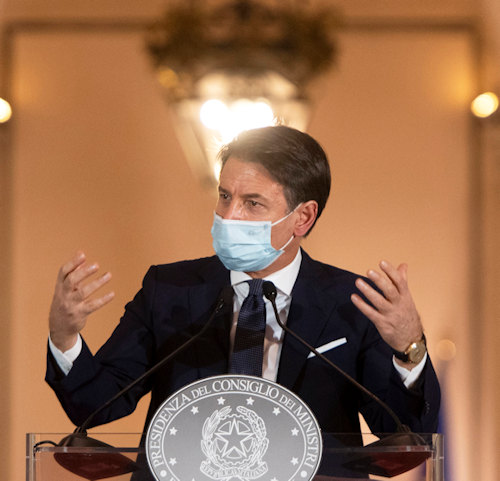 In Italy, if you do not have important symptoms, they do not try to understand if you have COVID-19: all this happens in spite of the fact that, according to leading scientists, more than 95% of cases are asymptomatic and often contagious. Now, as in spring, the completely unscientific line prevails here: symptoms = coronavirus; asymptomatic = always healthy. In short, we must avoid frightening the Italians by telling them that the cases are not 100, 200 or 300 thousand, but millions, indeed several millions. This because if the pandemic figures were already huge it would lose the "coronavirus-only-if-symptomatic" policy line it would prove to be a bestiality - to say the least - and the lockdown it would cease to be a useful stick to influence the behavior of Italians in a "more judicious" (and less rebellious) way.

Even now, this threat has little effect: on the one hand, because a majority portion of the country fears tomorrow's socio-economic consequences more than today's health risks; on the other hand because even the naïve understand that the coronavirus is now so widespread and rampant that even closing Italians at home would be useless. Indeed, it would transform condominiums and terraced houses into outbreaks of indignant infected.

Then, the fact remains that those who close, bars, restaurants, gyms and swimming pools - all categories of "dirty tax evaders" to be punished for the yellow-reds in the government - are the same ones who had placed the seal on anti- contagion less than four months ago and that should have supervised compliance with hygiene and distancing. By the way, what happened to the police with the drones that in April were chasing mothers with strollers and runners? It is also the same who does not understand, or rather refuses to understand in order not to lose the political merit of the reopening of the classrooms, that high schools and universities are an excellent vehicle for contagion, for the mobility of children of that age, and that students in those classes could do well to study remotely.

In short, the referee is no longer credible, in this match between the socio-economic danger and the health one. Who knows if President Mattarella did not think about this today when he said: "The other diseases did not end up in lockdown", highlighting the limits of the current government action.

You cannot put citizens in captivity to tackle one problem at a time: tell the dialysis or cancer patient that his illness is of secondary importance or, as a political class has done, to bartenders and restaurateurs who deserve a bit of a crisis.

1 In this article, we will improperly talk about average age instead of median, mortality rather than lethality, to facilitate understanding by all readers.

Let me paraphrase Rhett Butler and state that, unlike other analysts, I believe that of ...
10235
Read

Dear reader, For nine years Difesa Online has been fighting with its strength together with the help of some readers and sponsors. The...
6261
Read

These days Ukrainian fighters are receiving arms supplies from NATO and other countries of the ...
10885
Read