Turkey takes Misrata. When is Lampedusa? 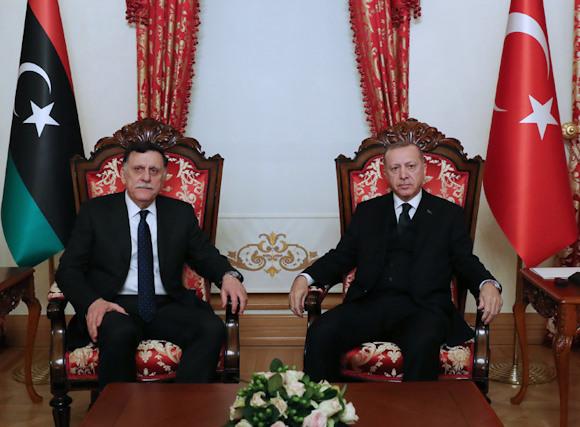 Our readers are aware that, for some years now, an Italian hospital has been “operational” in the city of Misurata, the structure is located near the airport.

Well, according to the agreement signed in Tripoli, last Monday, between the Turkish defense minister Akar, that of Qatar al-Attyha and the premier al-Sarraj, Turkey will have a part of the Misrata port concession for 99 years. Also based on the same agreement, the Ankara Air Force will be able to use the al-Watya air base, in western Tripolitania. Qatar will finance, together with the Turks, the reorganization of the Libyan army.

Obviously now the Italians are too many in Misurata, in fact, already last week, there was a request (or rather the diktat) to move the hospital structure, with the contingent in tow, to the capital Tripoli (since now they are not needed more like human shields (v.articolo) against the attacks of Haftar's militias).

The Turks will thus be able to extend their influence also in the western Mediterranean and will be able to control migratory flows directed towards Italy. In fact, Tripolitania becomes a Turkish-Qatari protectorate but above all a suitable space for the proliferation of Muslim brothers.

With this agreement, Italy is, after more than a century, officially ousted from Libya. The Conte governments (one and two) have not been able to set up a minimum of political / military initiative, instead seeking useless help from international organizations and conferences.

The question we are asking now is this: if Erdoğan were to consider the island of Lampedusa to be of strategic interest for Turkey, what would prevent him from occupying it?

Let me paraphrase Rhett Butler and state that, unlike other analysts, I believe that of ...
8700
Read

Online Defense readers often ask me if it would be no less painful for Ukraine to give up and accept a ...
5051
Read

102 days of war brought to light many aspects of our country that were easily imaginable or we had ...
4979
Read

"The West has grasped the desire to create peace plans that should lead to a solution to the crisis in ...
2174
Read

Dear reader, For nine years Difesa Online has been fighting with its strength together with the help of some readers and sponsors. The...
6083
Read

For over a month the news concerning Fincantieri, the most important shipbuilding group in Europe, ...
14002
Read

These days Ukrainian fighters are receiving arms supplies from NATO and other countries of the ...
10629
Read

The Italian rhetoric of "with all the problems that exist, this is not the right time" is electorally understandable but ...
2017
Read