Home Recommended Publishing The third wave is already underway: we must use ...

The third wave is already underway: we must get out of an emergency logic and think like a military 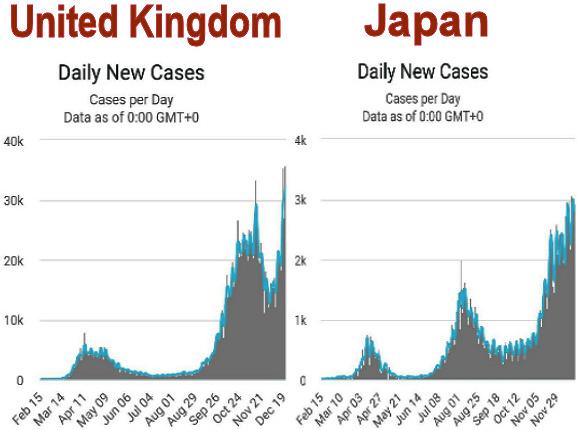 You know what happens when you hold your breath to keep your belly from showing?

After some time your overly well fed abdomen pops out and your prominent tripe appears in front of everyone.

Here is what is happening with the so-called "third wave": after a new cycle of lockdown, which I would not define useless but at least not very effective and not very lasting, now a third phase of spread of the pandemic is already in place in countries like the UK and Japan, as you can see from these graphs.

This does not concern only these but also - albeit with a slight delay - the Czech Republic, Spain and Israel, all countries with respect to which the so-called second wave had started earlier than Italy.

The graphs below are eloquent ... 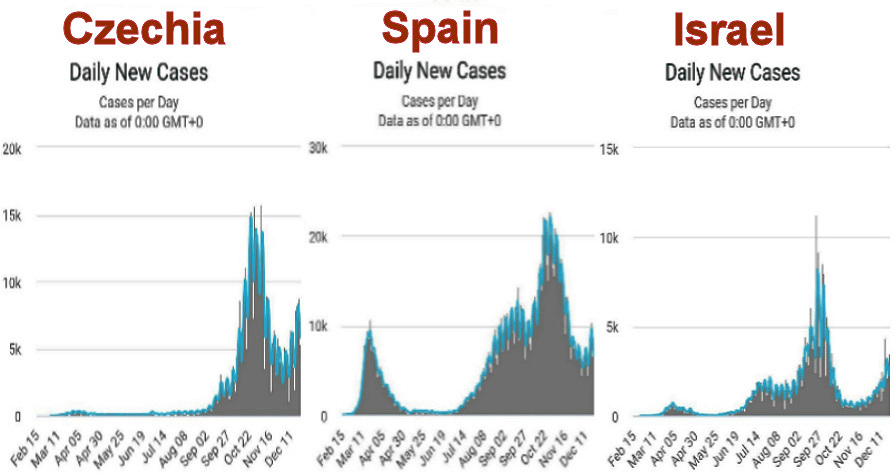 In Italy, the figures will perhaps jump over 100.000 cases detected per day between March and April. This, of course, net of the purely political decision to manage tampon data in such a way as not to alarm the public opinion. For example, so did Turkey, until the spread of evil forced them to tell the truth. 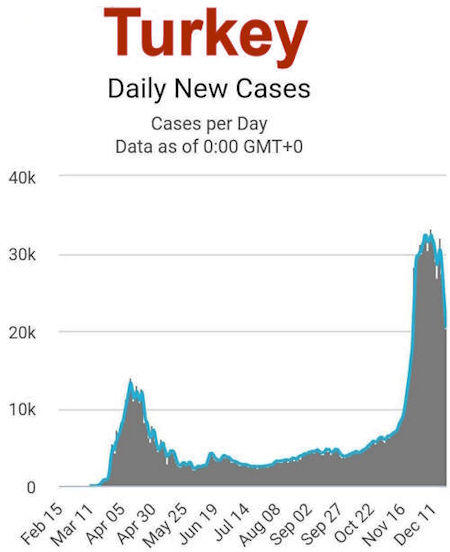 Therefore, the pandemic chart in that country is absurd to say the least ...

What does it mean? That COVID-19, net of the scientific and media debate on the so-called "English variant", is not canceled by means of quarantines but takes advantage of every small failure to return to spread in an accelerated way.

Ladies and gentlemen, we have lost not the battle, but the war: this is because we have hidden behind the Maginot line of an immobile defense, rather than multiplying and moving troops quickly. Let me explain. In no country, perhaps except Communist China, have governments approached this emergency with the logic of a "real war". On the other hand, the truth is that no country is prepared today for a long war, over several theaters and with many losses, but only for lightning conflicts, in one country at a time or at most for operations of peace enforcing in two countries of the same region.

Thus, medicine - military but also civilian - cannot even conceive the idea of ​​passing in a few weeks from the ordinary care of uniformed personnel in peacetime to the treatment - with extraordinary means and methods - of tens of thousands of infected reserves. , maimed or wounded in wartime. Of a real war, like World War II, Viet Nam in the 60s and 70s or Afghanistan in the 80s, to be understood. Yet, this is the logic to which we must submit to learn how to manage this which is no longer an emergency but a historical cycle and which probably will not be defeated even with vaccines, given that we do not know the duration of protection but certainly does not exceed the six months in the clinical trial setting. Therefore, we need to develop the ability to multiply beds and staff very quickly, to cope with the need to hospitalize 10-20% of detected cases, that is probably 1-2% of actual cases. 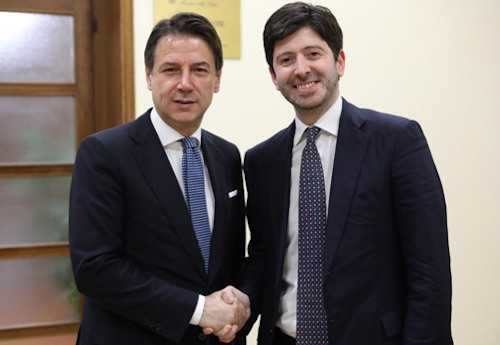 In short, we must act as if we had two or three million reserves committed to fighting on a very broad front and with an important number of wounded to be treated every day.

Have you ever wondered how they managed until a few decades ago to go from - let's say - half a million men in uniform in peacetime to rotating five million reserves on a couple of fronts in wartime wars?

They did it because military health was a bit like a bagpipe, which stayed limp when it was necessary to manage the ordinary administration (appendicitis, injuries, etc.) but that when you began to fight seriously you could swell beyond any waiting. To do this, you need money, human and material means, but above all the honesty to get out of a crazy emergency logic and to admit to public opinion that this scenario will not change for years.

We have praised almost subversive the "extraordinary commissioner for the implementation and coordination of measures ...
3201
Read

The new commander of the MIASIT mission and the related support staff will reach Libya but have not been ...
6789
Read