Home Recommended Publishing The death of our compatriots in Congo: ...

The death of our compatriots in Congo: whose responsibility is it? 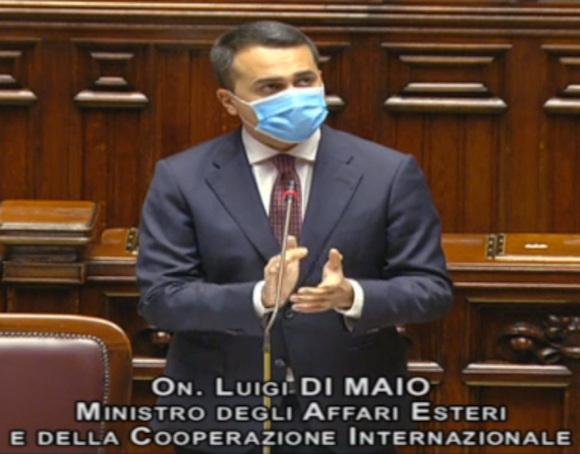 The bloody deaths of Ambassador Attanasio and Carabiniere Iacovacci open the delicate question of how diplomatic offices are managed, from the point of view of the security of all personnel, by the Farnesina, especially in countries high risk.

First of all, we must give a picture - albeit concise - of the situation in the Democratic Republic of Congo.

The country at the center of the African continent represents the greatest failure of Western colonialist policy, as well as an example of how the imposition of artificial borders can give life to a weak and fragmented state entity, oppressed by civil war, and whose wealth of precious minerals makes it a prey of any industrialized nation.

Congo is the most neglected war zone in the world (the conflict that broke out in 1997 has so far caused more than 6 million deaths, from disease and malnutrition). Its vast territory contains a population of about 75 million people, however, given the situation, it is not easy to make precise censuses. The population is divided into more than 200 ethnic groups (the most numerous is called Bantu), the most widespread language is French, a legacy of the Belgian domination which lasted more than half a century (1908-1960). When King Leopold's subjects left the Congo, they left behind a country with very little infrastructure and difficult to unify under a single political leadership.

The civil conflict, of course, broke out almost immediately and was then embedded in the greater strategic framework of the Cold War. In fact, the central government of Kinshasa supported the Angolan rebels (UNITA), thus earning the support of Washington, which supported the anti-Communist rebels fighting against the Angolan pro-Soviet group (MPLA). The two Superpowers provided equipment and armaments to the insurgents. 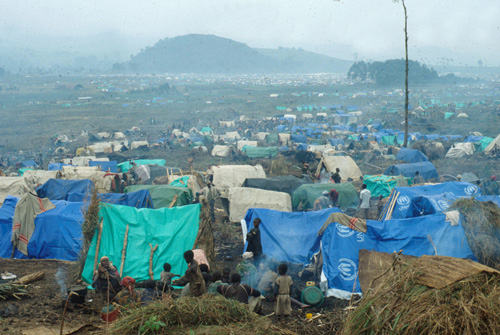 After the Cold War, the Powers lost interest in what was then called Zaire, becoming even more unstable even if it managed to remain standing thanks to the immense natural resources: its subsoil is rich in cobalt, gold, diamonds, zinc, coal but above all coltan (v.articolo), which is used to build smartphones.

So, since the Congo is so rich in resources, everyone wants a share, by whatever means.

Congo borders on nine states, which have contributed in varying degrees to destabilizing it: the Congo war, in fact, is called the "First African World War".

The bloodiest is certainly that of Rwanda, triggered by the mass extermination of the Tutsis by the Hutu ethnic group in 1994. After the genocide, the surviving Tutsis and moderate Hutus formed a government, headed by the former. The Hutu extremists, on the other hand, took refuge in the eastern region of the Congo but continued to carry out attacks along the border line and, together with the Congolese regular forces, also began to exterminate the Tutsis of the Congo. The subsequent invasion of the Rwandan, Eritrean, Ugandan and Burundi armies overthrew the government of Kinshasa, eventually coming to control much of the country's wealth (Rwanda seized hundreds of tons of coltan).

However, the government troops did not surrender and, with the further involvement of Namibia, Zimbabwe and Angola, the Congolese territory was transformed into a huge battlefield, with more than twenty factions engaged in the fighting. 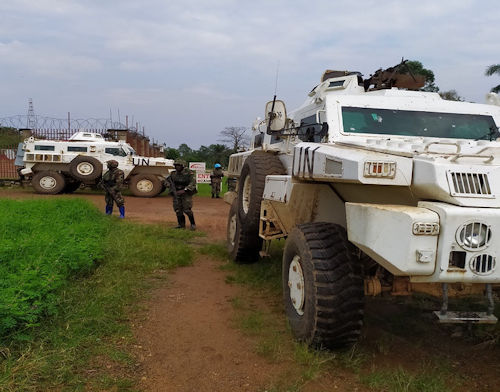 Currently the Congolese territory sees the most important mission of peacekeeping of the UN, called MONUSCO. This mission is intended to keep the factions separate as a reunification under a central power now appears impossible.

We therefore arrive at the day of 22 February when the Italian ambassador to the Democratic Republic of Congo Luca Attanasio, together with his escort constituted by the carabiniere Vittorio Iacovacci, are killed in an ambush while traveling inside a convoy of the World Food Program, on the street called Kamango Road, which starts from Goma.

The operator Iacovacci was part of the 13th regiment of the Friuli Venezia Giulia, of the 2nd mobile brigade. The staff of this department - along with that of the 7th - in recent years supports the 1st parachute carabinieri regiment Tuscania in escort activities, even in high-risk diplomatic posts (such as those in Tripoli and Baghdad).

Therefore, although the Foreign Ministry considers - from the information in our possession - the Democratic Republic of Congo at a level 3 out of 4 (therefore at medium / high risk) of danger, why Attanasio's escort was made up of a single operator, while it should have been supplemented by other elements, perhaps belonging to the Tuscania?

Regarding the lack of armored vehicles, Foreign Minister Di Maio said in today's hearing in Parliament that the responsibility of the ambassador's security was with the humanitarian organization who were accompanying him and that the Italian delegation in Kinshasa had two armored cars.

Goma could not be reached by land, as it was considered too dangerous. The ambassador, therefore, had to get on a plane to get to his destination. To get to take this plane he would have had to move in a protected car, given the high risk that one runs along that road. Attanasio has been described as an attentive person and not accustomed to taking unnecessary risks. If the Congolese forces were not able to provide adequate protection, the security protocol precisely provides for the use of vehicles, assigned to the diplomatic headquarters, adequately protected. 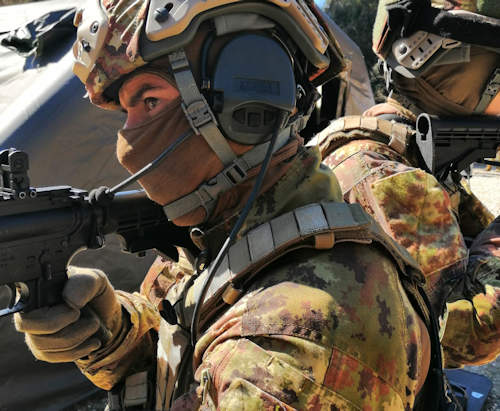 There is no doubt that the security level of our embassy in Kinshasa has dropped significantly over the past few years, due to spending cuts for the protection of embassies in countries deemed not of primary economic interest for Italy.

In practice, Attanasio had to operate in a country that had been in turmoil for two decades now, full of out-of-control armed gangs, with only two carabinieri (while less than ten years ago he could have used 8 operators of the Tuscania) responsible for its security. In the specific circumstance, the journey of the Italian ambassador, from departure to arrival, had in any case to be prepared by the protective device of the diplomatic office, which also includes the secret service cell (AISE), which however, inexplicably, operates from the diplomatic headquarters in Angola.

In conclusion, unloading the responsibilities of the two Italian deaths on the humanitarian organization appears very pretext. So much so that in 2019 Attanasio had asked the Farnesina to double his escort (from two to four carabinieri), a request that apparently fell on deaf ears, it is not clear whether due to economic cuts or inability to understand the real situation on the ground.

If Attanasio had been escorted by a greater number of operators (perhaps del Tuscania), perhaps he would have died anyway or, lifeless on the ground, there would have been the attackers.

We have praised almost subversive the "extraordinary commissioner for the implementation and coordination of measures ...
3203
Read

The new commander of the MIASIT mission and the related support staff will reach Libya but have not been ...
6790
Read