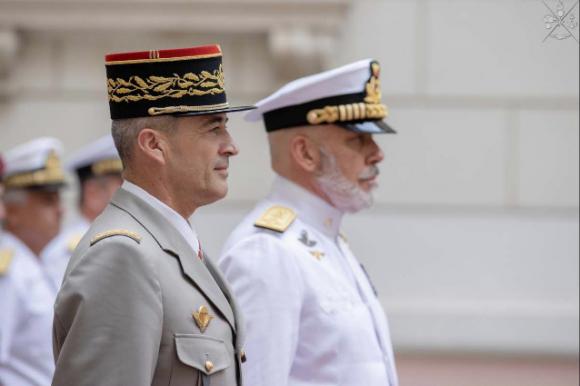 The press release released by Via XX Settembre reports:

The objective of the meeting was the strengthening and expansion of the cooperation relations between the two staffs and the signing of the framework document for bi-lateral cooperation between Italy and France (ITA - FRA Military Cooperation Framework), descending from the Treaty of Quirinale.

"It was an important day for our Armed Forces and for our defense: we signed a document of strategic importance, the Military Cooperation Framework, or rather the conceptual framework within which the future areas of collaboration between France and Italy will develop." Admiral Cavo Dragone declared at the end of the meeting.

The two chiefs of defense (CHOD) also discussed the situation in the Sahel, a region of strategic importance for the security of the Mediterranean area; the strategic compass of the European Union, to which both nations want to give substance in the shortest possible time; finally, they addressed an important issue for the strategic concept of NATO, which according to the two Chiefs of Staff needs a revision for a more structured approach that takes into account not only the three traditional operational domains, land, sea and air, but also of the cyber, space and cognitive. 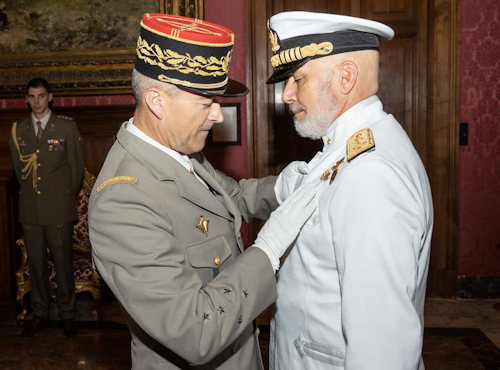 ifesa with a French one should listen and learn 90%. Before dealing with maximum systems, such as the "cognitive domain", why don't we start from the ABC and - as happens in Paris and in the light of the Quirinale Treaty - even our Defense does not organize a simple weekly press conference?

However, it could be a small start, probably strongly opposed (not being flatus vocis on the crap but of civil rights) by the political minister on duty. The honor of officer of the Legion of Honor, delivered yesterday to Admiral Cavo Dragone by General Thierry Burkhard, could at that point really not shine only with its own light.

If Italy worthily honored its soldiers this would be a different country; if instead of celebrating false myths, ...
4535
Read

Today's visit to Taipei, first canceled then confirmed, by the speaker of the House of Representatives, Nancy Pelosi ...
5698
Read

Summer has arrived: it's time to have fun using geopolitics, a "scientific" discipline and not a toy ...
5738
Read

Umberto Eco said, not the last gun at the bottom left (or right in via bipartisan) university graduate ...
2420
Read

Hagiographies are not suited to politicians; the saints are something else, given their exclusive relationship with a ...
2053
Read

Let me paraphrase Rhett Butler and state that, unlike other analysts, I believe that of ...
11220
Read

Online Defense readers often ask me if it would be no less painful for Ukraine to give up and accept a ...
5878
Read

102 days of war brought to light many aspects of our country that were easily imaginable or we had ...
5440
Read

"The West has grasped the desire to create peace plans that should lead to a solution to the crisis in ...
2345
Read