France honors its fallen, despite the vulgar satire 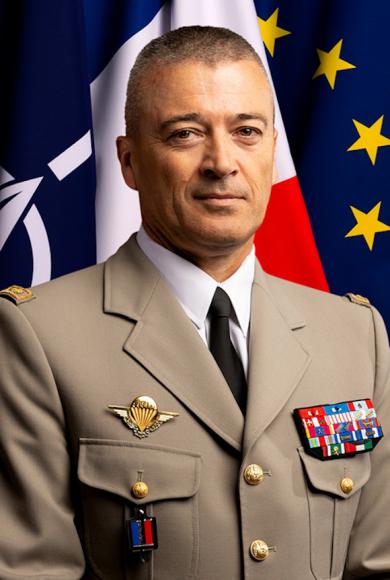 The November 25 died in northern Mali, following a collision in flight between a combat helicopter Tiger and one for transport Cougar, 13 French soldiers. The incident was caused by poor visibility (the mission was at night) and low flight altitude.

From the beginning of the operation Barkhane, in the 2014, 41 are the fallen French soldiers. The purpose of Paris is to secure all the G5 countries of the Sahel - essentially Niger, Mali, Chad and Burkina Faso - by fighting the Boko Haram jihadist terrorist networks but also the internal anti-government movements.

Unfortunately, the French military commitment in Mali has been the subject of satirical attacks of little taste. In fact, the satirical newspaper Charlie Hebdo published some caricatured vignettes, seasoned with phrases of black humor, depicting the French soldiers who died in Mali.

However, unlike what would happen in Italy, the Chief of Staff of the Armée de Terre, General Thierry Burkhard, promptly replied, defending the honor of his soldiers.

Below is your open letter to the Charlie Hebdo newspaper.

Thirteen French families are in mourning after the tragic incident in full combat in northern Mali, Monday 25 November.

Thirteen families who mourn a son, a brother, a husband, a companion, a father. But among the French affected at heart there are also 13 children (one of whom is still to be born) so their fathers will remain illustrious unknowns; when the age of reason allows it, they will venerate the sense of honor of their dead fathers, but they will always suffer for not having known better the man who held them in his arms, affectionately, for the last time, before leaving for combat.

Despite all this, the time of mourning for their families has been tainted by terribly outrageous caricatures, of which your newspaper has allowed the diffusion.

If at first the indignation attacked me, then I was invaded by an immense penalty, in thinking about the new pain you would have inflicted on these already suffering families.

A penalty doubled due to profound misunderstanding.

What have we soldiers of the Army done to deserve such indignation?

In what sense did I go wrong, Chief of Staff, in divulging the profound meaning of our commitment, for which, with such ease, we make fun of those who have given their lives to defend our fundamental freedoms rightly?

Army soldiers are at the service of all the French, of all those who believe in the sovereign good that is our freedom. They love deeply - they desire - peace, which they likewise wish their compatriots. They want it so much that they have chosen to risk everything to defend it, to the extreme sacrifice.

We owe our respect to him. We owe their families our compassion.

Monday 2 December we will pay them a last homage and we will say goodbye in the courtyard of Invalides, receptacle of so much suffering, endured so that our French soul and our freedom lived.

I sincerely and humbly invite you to join us, to testify to you too, that you have suffered on your skin the fanaticism and terror, the gratitude that they deserve.

General Burkhard, with these few lines, claims the honor of his soldiers as well as the role of the military in defending the values ​​of the French nation and Western civilization. Italy is separated from France only by the chain of the Alps, however, reading these words, a universe seems to separate us.