The (devastating) global economic crisis caused by the coronavirus: what they don't tell you (or what you are afraid of knowing) 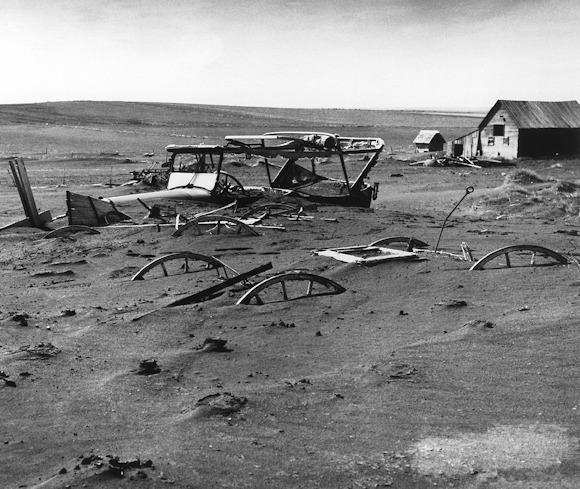 “At present, it is almost impossible to make reliable predictions… The coronavirus pandemic presents us with unknown operational and financial challenges. At the same time, there are concerns about a sustained economic impact. ", said Volkswagen Group chief financial officer Frank Witter1. "In this picture - according to the monthly Quattroruote - the decision to suspend operations in most European plants for at least two weeks is part of it ", for the purpose, in the words of CEO Herbet Diess, of "Slow down the spread of the virus". The group therefore closed its factories in Italy (Lamborghini and Ducati), Portugal, Slovakia and Spain. Always according to Quattroruote, the group "Attributed the lockout to the significant worsening of market demand and the interruption of supply chains". All this happens to a company that launched two years ago - word of the Sole 24 Ore2 - "A great investment program, 46 billion euros for the entire group over the next five years, of which 30 for the Vw brand and its subsidiaries only". And to think that 2019 ended with the leadership of the Volkswagen-Audi duo in the Dragon market with almost 4 million cars sold (almost two fifths of the group's global sales ...) on 21 million registrations in China. Said market in February 2020 fell by 77% due to COVID-19 and in March it does not promise to make a great performance: China still lives in the nightmare of the "return infection", reported by Chinese residents abroad and foreign travelers.

Are there many of you, readers, who after April 3 will want to rush to sign a contract for the delivery of a brand new car? Here, there is no doubt that the Chinese are less cautious and worried than you. According to Ferdinand Dudenhöffer, an industry veteran who is now responsible for automotive analysis at the University of St. Gallen in Switzerland, reported by Fortune3, "The prospects are bleak for a sector that is already crushed by the costs of technological change and the trade wars of the President of the United States Donald Trump. Even in an optimistic scenario, which does not presuppose bankruptcies and the start of a recovery for the European economy after about three months, something similar to a lost decade is observed: the Western European car market will return to the levels of 2019 only in 2030 ". Definitely, "If people don't have money they won't buy any cars"he said to Fortune. This opens up many questions about the very survival of large companies, not only automotive ones, but above all about the impact of this unprecedented and unpredictable crisis on the banking system.

The New York Times, speaking of Italy4 (but could have extended the speech to Spain, Germany, etc.), he wrote that with the whole nation "Effectively quarantined, its industry closed and consumer spending reduced to nothing more than food and medicine, the economy is expected to shrink by 3% this year, according to a recent forecast by Oxford Economics".

Are the terrapiattist readers about to throw their shoes at us for our catastrophism? Well, learn English and read that this scenario (the 3% drop in GDP in 2020), has a good chance of being even optimistic, according to the same research institute. "Measures to stop the spread of coronavirus - both in Italy and worldwide - could further depress economic activity, making a global recession more likely".

The New York Times also clearly points out that if the COVID-19 crisis continues, “Many Italian companies may find themselves running out of funds to repay their loans. This could weaken bank balance sheets to the point of crisis ". "Banks are likely to be bailed out"Nicola Borri, professor of finance at the LUISS university in Rome, told the American newspaper. “The economy has basically been stopped. We will probably see big bankruptcies. Clearly, Italian banks will be hit hard ". We would have to discuss the conditions of a predictable European aid, if the crisis did not affect all 27 countries in the same way, with France, Spain etc. stopped for weeks on a par with Italy, often with borders barred even to goods and with customs officers likely to seize.

About Italy, we let the New York newspaper say that neither Prime Minister Conte nor political leaders have the courage to tell us: the 25 billion euro package of expenses to help the health system, businesses and families support the economic costs of the pandemic probably it is totally insufficient and it will be “A much more robust package, perhaps 10 times larger, is needed. But the Italian government is afraid of spending more for fear of losing (the trust of) international investors, who could sell government bonds and increase the cost of financing public debt ".

Not that elsewhere things are better than here: even if you still hear journalists main stream talk about a Chinese economy falling by a few tenths of a percentage point, the most realistic prospect for 2020 is that the first recession / contraction of GDP will occur since 1976 and that the blow will not be soft.

At the same time, the New York Times said Cao Heping, an economist from the University of Beijing5. "People cannot be convinced to start spending again: the shock of demand could spread to East Asia and then to Europe and the United States - and the world could face a disaster". This happens because “Stopping the world's second largest economy has proved easier than restarting it… It could take months, if not more, before the country is up and running again. According to official statistics, most of the factories in China have been reopened after being closed after the lunar New Year holidays. But they are operating at two thirds of their capacity. ". And it's not just a production problem: cheap stores like the luxury boutiques of Beijing and Shanghai are desolately empty, even if the COVID-19 is no longer circulating as before.

Not that the crisis in the rest of the Far East won't hit hard: the central bank of Japan has said it intends to double its share purchases and help companies get loans in response to the coronavirus pandemic, "But the move failed to impress investors", according to the Wall Street Journal6.

For the rest of the world, the collapse of economic activity could affect all sectors, as happened to the second largest economy on the planet, since “The draconian measures designed to contain it - so writes CNN - have produced an unprecedented shock ... We are in a truly unparalleled period of time ". In China, compared to an expected drop of 5% of GDP in the best scenario of the first quarter of 2020, there has been worrying growth in unemployment: from 5,2 to 6,3%, a tragedy for a country that must feed 1,4 billion people. But Europe also has over half a billion mouths to feed and could suffer a terrible shock: "The spread of COVID-19 in almost all countries means that global demand will stop abruptly and global supply chains will still be stopped when factories around the world suspend operations" ING chief economist Iris Pang told CNN.

Deutsche Bank in a note7 announced that US GDP could drop - it is appropriate to say - by 13% in the second quarter, that is to say one and a half times the most marked contraction during the financial crisis of 2008-2009. There is no collapse of these proportions in the time series of the American economy. The contemporary - and probably record-breaking - fall in the economies of the three largest economies in the world is a fact that truly does not allow for making predictions because it never happened.

What is a tragedy for large companies - the lack of liquidity due first to the freeze of the economy and then to the collapse of private spending - for small and medium-sized companies means bankruptcy, without hope: you can sit still for a month, but only if there is the prospect of starting to sell and buy again in the very short term. And do not think, if you are a trinariciuti statist, that public spending can replace private spending: the States - also thanks to a long cycle of low or negative inflation that at this point will only be able to continue - have become fearfully indebted and probably to help health care, the productive sectors and families will increase their sovereign debt by at least half in the next 12-24 months. If not double. They themselves will soon find themselves with the case empty.

The only solution will be to increase indebtedness, perhaps moving it - in the case of Europe - from governments to the European Union itself. But there will always be debt. And not billions but thousands of billions.

In the next 2-3 years, the world will have to go through an unknown land moving in the dark and with its lights off: how much the great statesmen of the twentieth century are missing ...

Let me paraphrase Rhett Butler and state that, unlike other analysts, I believe that of ...
10235
Read

Dear reader, For nine years Difesa Online has been fighting with its strength together with the help of some readers and sponsors. The...
6261
Read

These days Ukrainian fighters are receiving arms supplies from NATO and other countries of the ...
10885
Read