Home Recommended Publishing China is (too) close. What the g ...

China is (too) close. What the government says and (above all) does not say 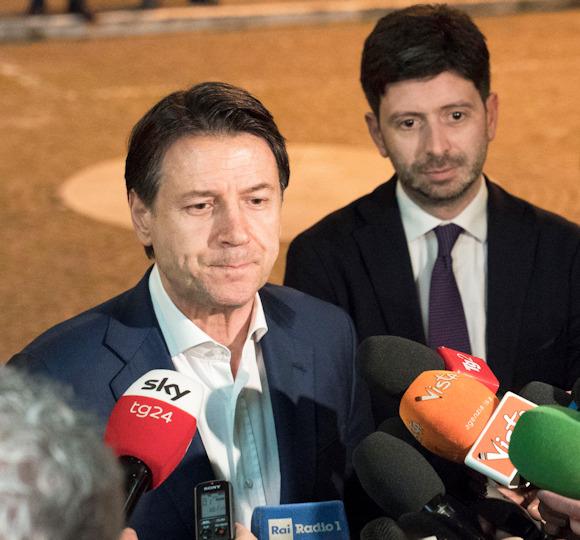 Dr. Giuseppe Conte, thank you for closing the airspace from flights from China. Too bad that most of the Chinese arrive in Italy through Frankfurt, Paris, Dubai and Istanbul.

Thank you for intercepting the two potential "greasers" and for sending them to the Spallanzani Institute, together with their unfortunate comrades. Too bad that in the same hours five planes loaded with about a thousand passengers from the Middle Kingdom (China) were landed after checking that they are not feverish. A precaution that even infants now know to be useless, but that official communications propose us as a decisive intervention.

Thank you also for letting us know, through Italian doctors who are worried about the need to calm public opinion, that the virus cannot be transmitted if there are no symptoms. Too bad that those who come from the People's Republic of China (and I am not only talking about Chinese: I am also referring to Italian citizens) do not always travel with a diving suit on them to avoid dispersing saliva or other potentially infectious liquids, but above all that the scientific journal Lancet, which the writer believes to be reliable, wrote the opposite, that is what healthy carriers can transmit coronavirus.

Thank you, then, for expressing satisfaction with the Italian initiative to declare a state of health emergency. It is a pity that he did not request an emergency meeting, over the weekend, of the heads of state and government of the Schengen area for a general revocation of tourist visas for Chinese citizens or for foreign residents of China with a non-Schengen passport. It never happens that the red accounts of the major European airlines are further damaged by the loss of the strategic Chinese market.

Finally, thank you for making us feel protected, arguing that the possible pandemic would have been treated with measures "equivalent to a cholera and plague epidemic". Too bad that to avoid the death of patients of Vibrio cholerae it is sufficient in most cases to maintain good hydration and that the yersina pestis you fight with a robust antibiotic called Ciprofloxacin. For the Chinese coronavirus we do not even have the recognition kit, but we use a slow laboratory procedure and we currently do not have a vaccine.

President Conte, it is understandable that your government, of which we are neither supporters nor opponents, acts prudently, alternating leaks forward when the news breaks into the Palace and in the homes of citizens. However, it seems to us as a minimum necessary that you or your foreign minister (now full-time at the Farnesina) take action to provide serious tracking of at least 500.000 people who have left China's borders in the last thirty days to arrive at our airports. , in stations, hotels, but also in schools, kindergartens and companies. Who among our readers has a child in kindergarten or in other educational institutions will have doubted whether the manager's child (Italian since Marco Polo's time) who has been to a fair in Shanghai, if the teacher ( nostrana) who has just returned from a visit to the Great Wall or the family of restaurateurs (their yes of Asian origin) who have been visiting relatives in China must be at least seriously monitored to avoid potentially infecting others. No hunt for "crime": for this reason, we have put among the examples two cases "to avoid racist misunderstandings".

The problem is serious. Perhaps, to make us feel a little more relaxed, it would be enough for you to make a round of phone calls to Madrid, Bern, Berlin and the other Schengen capitals to request a meeting to discuss the possibility of blocking and canceling visas for citizens and residents of the People's Republic of China. In the event of a refusal, the measure could be implemented unilaterally, reinforcing it with the temporary reactivation of passport control at the air and naval borders. Likewise, Italian citizens and foreigners residing in Italy who have traveled to the Celestial Empire in the last two months could be contacted by the PS Authorities for free and discreet screening to be performed regularly for a couple of weeks.

The 5-6 million already allocated to reduce with these few measures the impact of the pandemic in Italy will probably be enough (or will have to be integrated slightly). We must try, though ...

Net of the "winds of war" that blow from the east, Italian public opinion is totally focused on the elections ...
4993
Read

On January 19, the handover for the national contingent, which has been involved for over 6 months, should have taken place ...
4814
Read

We have praised almost subversive the "extraordinary commissioner for the implementation and coordination of measures ...
3552
Read

After 22 months of detention, the Egyptian student Patrick Zaki was released (although he was not cleared of ...
4450
Read

"I work only for myself" thus, between laughter and grunts, the protagonist of the animated film says at one point ...
1193
Read

The new commander of the MIASIT mission and the related support staff will reach Libya but have not been ...
6943
Read