Home Recommended Publishing The flag on its knees

The flag on its knees 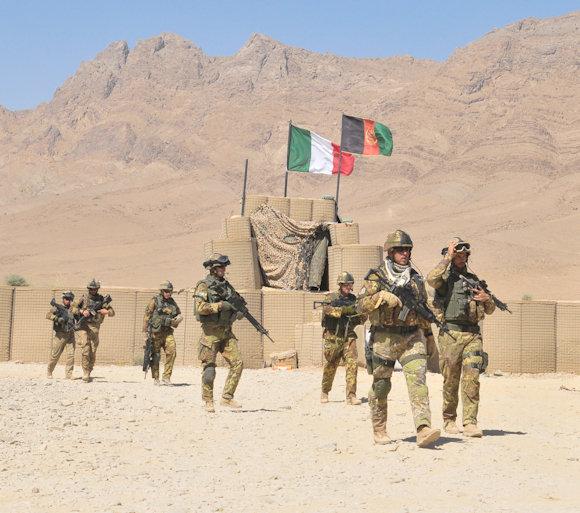 It seems strange to see, these days, the Italian flag waving outside the bars, on the balconies or dangling from some apartment window. It seems an anomaly, but it has its own specific appeal: football.

Obviously, in a country debated whether to kneel or not for a question on which no sensational gestures would be needed, but only culture and common sense, the football match remains one of the few events in which the Italian people still positively interpret the colors of their flag. . In this confusion of enthusiasm, caused by the eleven of Mr. Mancini, even the political world is waiting to reward its heroes in shorts: whatever the result, of course.

But there is a world, less crowded, where the tricolor flag cadences the rhythms of the day: from the morning when it is hoisted on a flagpole to the notes of the national anthem, until the evening when it is lowered in front of a picket that is anything but kneeling , but to attention as a sign of respect.

We talk about the military world where, historically, the flag has an absolute value, above all things; and if we talk about the war flag of a regiment, then one can even die for it.

In the wars of the past, conquering the banner of an opposing unit was equivalent to an unprecedented victory, just as preventing it from being captured was a matter of life or death.

The same value assumes the war flag when it is carried in an "operational theater", as if to morally protect the soldiers who represent it. So it was for all the Italian departments that have alternated in Afghanistan for twenty years; engaged in a mission that seems already cooked and ready to enter that universe of oblivion that reminds us of scenarios already experienced in past centuries.

Afghanistan, an inconclusive war, which, however, has claimed thousands of victims among civilians and soldiers of ISAF e Resolute Support. Among these also many Italians.

Now, whether or not we want to talk about the political significance of a secular conflict where the opposing centers of power have never learned anything, it can also be fine. However, it is sacrosanct to remember that the pawns of these bizarre political games are always them, i soldiers, and for this reason they must be respected regardless of the ideology resulting from a conflict.

Surely the return of the Italian soldiers from the Afghanistan mission deserved more respect and the fact that no political authority came to welcome the return of the war flag of the 186th parachute regiment is a truly shameful, unworthy fact, and as always revealing a lack, by now. chronic, of national identity.

It is not about celebrating or glorifying someone or something whose symbols can be more or less shared (for heaven's sake, everyone is free to identify with the type of nation they feel closest to), but just to respect those who have done something for their country in an area where no result is free from the word "sacrifice".

We are faced with a political class amalgamated and conforms to a respectability and politically correct, whose power distorts reality and reshapes it according to canons established by others.

For a long time we have perceived a military world, the Italian one, which is fading like a candle consumed by the wind and where they are always standing: the soldiers.

I know, many will object that among the military themselves, perhaps not everyone has well in mind what is the true meaning of flag of war. They are the same detractors who describe the soldiers as simple employees who stamp their presence in the office in the morning. For heaven's sake, surely in the midst of the mass of stars there are those who see it this way, interpreting one of the most honorific and expensive jobs in the world, as a simple useful job to reach a secure retirement. It may be that a corporal, sergeant or colonel can afford such a thought (although I have strong doubts that they do), but the government representatives, that is to say the same little men in suits who they decided how, where and when to send our soldiers to indulge their policy subservient to the will of the most muscular (enslavement is now a dominant term in Italian foreign policy).

This is the real shame: a political class that, with its absence, denies its soldiers on their return from a mission wanted by them.

It seems really useless to spend words for someone who remains insensitive to a meaning too deep to be understood. We will see, when the football circus concludes its performances, how many politicians will be anxious to welcome the brave Azzurri on their return home. For heaven's sake, they will certainly deserve it, however it is always a matter of priority, of a scale of values; to be able to interpret, in a more careful and coherent way, what is the meaning of "nation".

Believe me, there is a big difference between representing the tricolor on a soccer field or defending it in an Afghan FOB.

"The West has grasped the desire to create peace plans that should lead to a solution to the crisis in ...
1589
Read

Dear reader, For nine years Difesa Online has been fighting with its strength together with the help of some readers and sponsors. The...
5387
Read

Last week there was a controversy over the downsizing (decided by the previous government) of the military ...
3473
Read

These days Ukrainian fighters are receiving arms supplies from NATO and other countries of the ...
10005
Read