Home Recommended Publishing Italy: towards the renunciation of a Defense na ...

Italy: towards the renunciation of a national defense

The 2 September 1945, aboard the American battleship USS Missouri the Empire of the Rising Sun declared its unconditional surrender in the face of a pleased general Douglas MacArthur, commander of the army in one of the most complex and bloody sectors of the Second World War. After two atomic bombs and the consequent demonstration of an impressive lethal power, the Americans bent the iron will of the Japanese who prepared for a seppuku national undergoing the military occupation and post-conflict impositions even more shameful than the surrender act.

The will of President Truman was to undermine the Rising Sun not only morally, but above all militarily forcing him to renounce a fighting army. The coriaceous general MacArthur was appointed commander of the Supreme Command of Allied Powers (SCAP) with which he started the project for a reconstruction - according to American schemes - of Japan: the defense sector was initially the most penalized since the investment of the miserable 1% of GDP was granted to the military expenses, which meant the renunciation of a national defense. All the officers who served the emperor were strictly forbidden to participate in politics and from 1947 the drafts of a new constitution deprived Hirohito of many of its military prerogatives. Only a decade later the Americans changed their course, especially as an anti-communist, starting to re-equip the so-called Japanese Self-Defense Forces, accepting a slow but progressive ascent.

We reset and disarm

The disarmament of the military apparatus of a sovereign state is usually one of the consequences of a lost war: so it was for the Germany of the Hohenzollern in the 1918 and the same it touched to Japan and Hitler's Germany in the 1945. Following the climate of tension that had arisen with the Cold War, the United States began a global economic process that would raise the fate of defeated armies, including Italy. The Italian situation was one of the worst, since the destruction of the army had already begun after the 8 1943 September: a wound especially moral that we pay, without reason, even today. The shame suffered by the Savoy army, compromised with fascism, was so serious that after the 1945 wear the stars became synonymous with shame and even without the problems related to the economic crisis, the soldiers were slowly falling into oblivion. 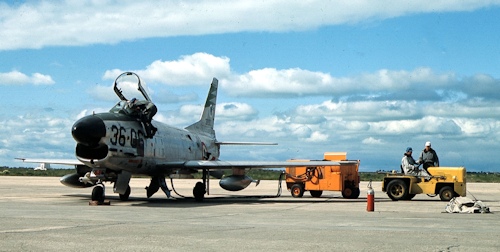 At a certain point Washington's politics, projected towards a more forward-looking global strategy, understood how a possible strengthening of Italy on the international scene was considerable, given its position as a "bulwark" to the thrusts of the Soviet bloc. From that moment on, our army began a decisive ascent, which transformed - thanks to American funding and the will and courage expressed by a few Italian officers - the face of the Armed Forces both at home and with respect to the allies of the new Atlantic Treaty.

Once the trauma of 1945 was overcome and the decadence of the monarchy was digested, the army and the newly elected Italian parliament got married, establishing a long-lasting relationship, devout, but not without complications. Part of Italian politics defended an obtuse anti-militarism, perched on the events of the September 8 and looking out in the face of the growth of the Armed Forces. Italy repudiates the war - recites the constitution - nevertheless it has always been clear how that article has often provided a alibi for a shameful incompetence in matters of foreign policy.

The development of the army born from the ruins of the post-war period, was based on the influx of conscripts that cost the exchequer of the exchequer; it took several years for history, traditions and a certain kind of education to be removed when, in 2002, the government decreed the suspension of conscription. Right or wrong it was, Italy decided to conform to other NATO countries, equipping itself with a numerically inferior army, but agile, modern and progressed from a technological and training point of view. From the eighties onwards Italy had begun to assume an increasingly substantial role on the international scene, especially regarding the new types of missions to which it was called; from Lebanon the Armed Forces expanded their range of action with missions abroad imposed by the United Nations or by the American ally. 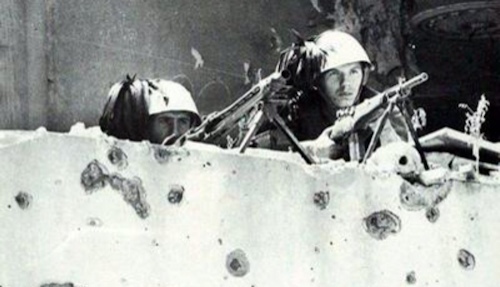 With the exit of the military from the national borders, however, the true nature of the relationship between government / army / public opinion emerged in all its shameful hypocrisy. With a false propaganda, worthy of the most coveted MinCulPop, the parliament always worked to tame the role of the Italian military according to convenience, denying its value and mystifying the sense of the missions carried out.

If the break had remained confined to mere communication, perhaps it would not have been so serious, but with the passing of the years the government (of any political color) did more and still today is working to ensure that the Armed Forces are gradually deprived of those necessary resources at their operation.

If we read the balance sheet data published by the Chamber of Deputies' Studies Service on what has been the state investment trend in the military sector (v.link), we can really think of post-war Japan. The graph relating to the defense / GDP expenditure ratio, from the 2008 to the 2018, shows a decreasing line that oscillates the values ​​between the 1,19 and the 1,40%, therefore a decidedly punitive percentage. What gives rise to more amazement, but also concern, is the division of expenses, and in particular those related to defense function that sum up the personal sector, exercise and investment. The staff absorbs the 73% of this item, while the exercise just the 10%. 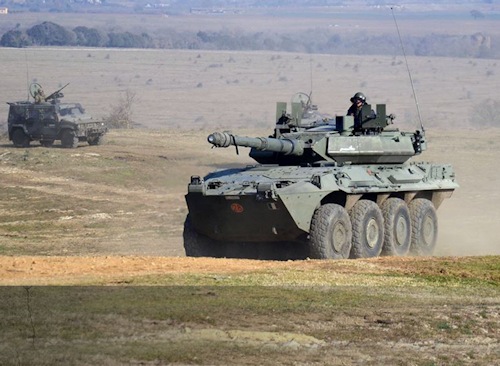 But what does it mean exercise? In the field exercise - and we quote partially the text of the Study Service - Training and Training is certainly the most important definition because it includes "the resources necessary to develop and maintain the specific intervention skills of Defense personnel". This is followed, not least, by the Maintenance and Support, the Operation of Bodies and Units, the Provisions and the Inter-Forces. From the 2008 to the 2018 - always quote the text - we have reached an overall cut in the sector exercise of the 47% with a consequent reduction of the staff as well as unification of skills sometimes not very apt.

But then, we ask, if the state employs most of the resources to pay the staff (fact of which everyone has always complained) and decreases the expenses for the exercise of its functions, does not generate a strange contradiction? It is from these uncertainties that are born the jokes and the foolishness that often start from the mouths of the same politicians who joking - in an ignoble way - on the alleged time thrown away by the military in the barracks.

In light of what is reported in the statistics prepared by the Research Service, we wonder what the future of our Armed Forces really is and if we really want to continue to have them or prefer to put them in mothballs once and for all. It would be time to finish off emphasizing operations such as "Safe Roads" or the commitment of the military to safeguard the red zone of Ponte Morandi: history - just read it - teaches that the army must only occasionally and in exceptional cases employed in functions normally performed by other entities. It creates a short circuit on what are the duties of a soldier who can certainly be useful to society, but not for this must cause a distortion of its original essence of fighter. There is nothing wrong with assisting soldiers who help the population, nevertheless it is dangerous to confine the image only to that. We enjoy and applaud the parade of the 2 June (on which there would be much to say), but perhaps our uniformed guys like only in that circumstance when they parade along with those who are not military. 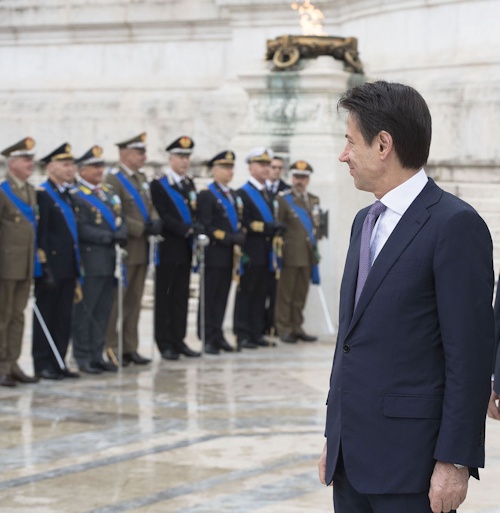 We thus witness, defenseless, the conceptual denial of the state function of Defense with an operation that starts from the scandalous staging of sweetened films with protagonists that border on the grotesque, to generals shaking hands with mannequins up to the most serious deprivation of money for a conscientious and certainly not warmongering development of the sector. In Rome, things have remained crystallized since the Second World War: general prone and docile in command, not very lucid and worried more about their careers than to safeguard the dignity of soldiers.

"The military do not make politics", it is a sacrosanct assumption, their institutional role condemns them to a silence / assent towards all the decisions taken from above, but when the essence of their profession is touched they can not and must not continue to remain silent. There are even supports to express their criticism that does not necessarily lead to the coup: opinion is not a crime, provided that the silence does not bring any personal advantage, then the will to tell the truth can properly be silenced. It then surprises when many of these, once retired, turn into a source of disordered dissent that now no longer serves any purpose.

So then abroad do not go the high commands, if not for fleeting visits accompanied by a host of homunculi in suits and tie and enslaved analysts who say what others want.

But it is not today's story, well understood, it is the history of all time, of that Italian malpractice from which we can not free ourselves, with the exception of a few idiots who choose to tell the truth.

(photo: web / Defense / Presidency of the Council of Ministers)