Home Recommended Publishing The coronavirus vaccine is a question ...

The coronavirus vaccine is a huge geopolitical issue 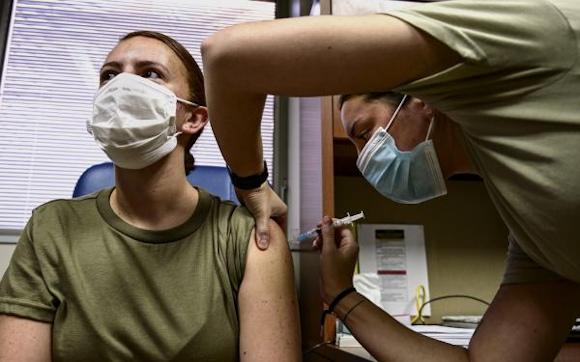 Why do you talk so often - and from a socio-political rather than a medical point of view - about the coronavirus in a newspaper that deals with Defense and Geopolitics? Those who think this way do like those who argued that feeding cows had nothing to do with the health of the meat consumer. Then, we ended up with the mad cow disease and many have realized that they have underestimated the issue, behaving like the idiots of the (global) village. For this reason, I insist on putting my feet on the table and talking about coronavirus, also because it seems to me a no small matter, precisely for the safety of our country. Yes, because in recent weeks the Italians are discussing - and dividing - whether to go to six or ten to the Christmas dinner, they are protesting that the ski lifts will not be reopened. These controversies are useful to distract a public opinion that treats the pandemic like a football match.

First of all, with 500-1.000 deaths a day in our country, where the health system is behaving like in Mexico and Brazil in terms of victims, we just can't think of anything other than gorging ourselves on Christmas Eve?

By the way, aren't we the same ones who complain that there is no money? Here, let's save a little: maybe we get food or gifts to those who are really sick and they have to turn to Caritas to survive, instead of just thinking about the solace of one evening.

Then, about the white weeks ... Apart from the fact that neighboring France has announced the continuation of their closure until January ... we do not realize that we are talking about reopening those plants where, last March there was a massive spread of COVID -19 in Lombardy, Switzerland and Austria?

While we get excited about the toboggan kept in the garage, we don't care highly about the fact that tens of millions of Italians, starting with me writing to you, have not received the flu vaccine, even if they belong to categories for which it would be necessary. Yes, politics prefers that we talk about the pastiera and the ski-liftinstead of a huge scandal, which casts a sinister shadow over the distribution of COVID vaccines next January. I mean: they have not been able, between the Government and the Regions, to give us the promised thirty million doses of the flu vaccine. Can we trust that they will be able to distribute three million doses of the other and much more necessary?

In conclusion - and so as not to bore you further - I ask some questions: read them, think about them a bit, then come back, if you feel like it, to read the articles on the dinner for six and on the deserted ski slopes:

As you read this article, bear in mind that Germany has already identified 60 vaccine delivery centers and that many airlines and governments are keen to close borders to those who have not been vaccinated. In short, a delay in vaccines can have devastating effects, not only for the danger of a third wave between February and March, but also for the health cordon that will be spread around unvaccinated travelers or destinations where the coronavirus circulates endemically.

Now do you understand why this is an important geopolitical issue? Here, think about this instead of the dinner ...

Net of the "winds of war" that blow from the east, Italian public opinion is totally focused on the elections ...
5476
Read

On January 19, the handover for the national contingent, which has been involved for over 6 months, should have taken place ...
4828
Read

We have praised almost subversive the "extraordinary commissioner for the implementation and coordination of measures ...
3559
Read

After 22 months of detention, the Egyptian student Patrick Zaki was released (although he was not cleared of ...
4462
Read