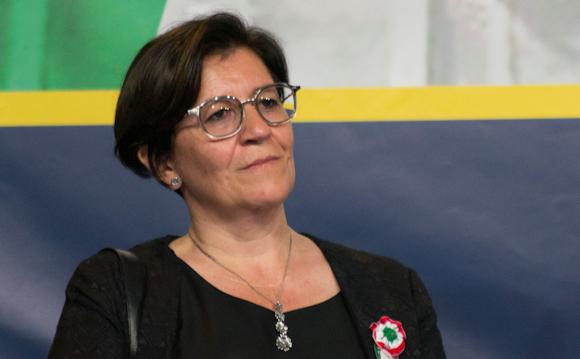 It was little known and, after we interviewed it shortly before the election, it soon became a target of criticism and attacks (v.intervista).

Attempts to obstruct his appointment to the Defense Ministry have been numerous, subtle, and led by the leaders of the power system he has managed and still believes he is more or less brazenly influencing the armed forces and their objectives.

The accusations that appear in some newspapers, as far as we know, are referred by the interested party to the sender as false and / or manipulated news.
Personally, after too many years in which - against the current - we have defended excellent military as the adm. Giuseppe De Giorgi or the gen. Pasquale Preziosa, servants of the State who have been defamed and investigated and then punctually cleared (without due publicity ...), I find the campaign against the new comforting minister. It could mean two things: that is the right person in the right place and that this time someone went wrong!

Yesterday evening we snuck into the 2 June party, in Piazza della bocca della verità in Rome, organized by one of the two political forces in the government. We wanted to hear the minister's first words. More than anything, avoid Biblical times of Defense ...

Dear readers of Defense Onlinand, in these years I have learned a lot from your comments on the news published. Almost all. In the last editorial I appreciated and I enjoyed those who wrote "Give him at least the time to put the plate on the desk ...". I leave then to you the judgment on the first public exit of the new Minister of Defense.