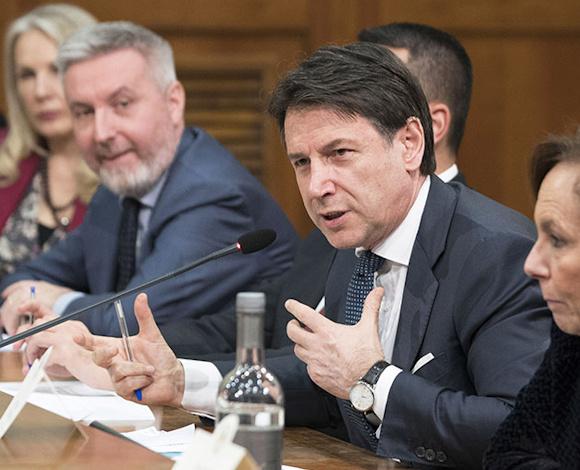 "We are at war ". This is what has been said, in these days, by the Alfa Commander, a former officer of the Weapon, and one of the founders of the GIS (Special Intervention Group).

"We are a country in emergency, in war. Yes in war, decrees are no longer useful, they are confused, they serve to weaken us and not to strengthen us. They are salt bullets when metaphorically the real ones would be needed. Where are all of you politicians saviors of the people, where are you hidden, with your smiles, proclamations and hypocritical and inappropriate videos? "

The external Commander what most Italian citizens have been thinking for weeks now: Italy has been in a situation since 8 September.

"Is Parliament closed? Do you meet twice a week? We are at war and are you hiding like rats? "

Our political class has evaporated. The parliament - until proven otherwise we are still a parliamentary republic - it completely dissolved, leaving the task of managing the nation to the Conte-Casalino social partnership. While in the workplace (in hospitals, factories, barracks, pharmacies, supermarkets), those vital for the country system, Italians continue to carry out their duties, putting their health at risk every day.

Against, safe in their homes, the various exponents of the majority exalt the interventions (which?) of the European Union in support of Italy.

"Seal our country to Europe who left us alone and who made fun of us without any of our governed defending us ".

To complete the national picture, the Prime Minister Conte, instead of using the three RAI television channels (financed with public funds), prefers (probably on Casalino's advice) to appear on facebook, late in the evening, to describe smoky measures (and which will become effective 5 days later), without a schedule. 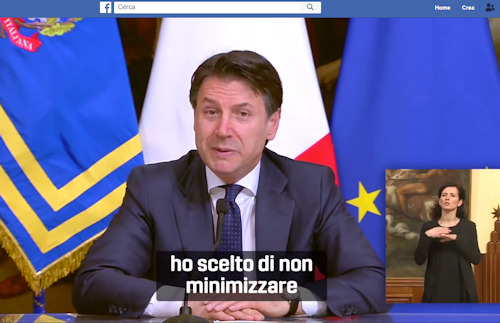 "An unelected premier who presents himself with the European flag in plain sight and not with the tricolor for which so much blood has been shed by our fathers tears me ".

Obviously, immediately after the externations of the Alpha Commander, the democratic public pillory machine was activated.

Defense Minister Guerini promptly stressed the subversive attempt: “Are very serious and unheard of words and which I condemn with all force, even if spoken by those who have been on leave for years. The Armed Forces are a garrison serving the country and its democratic institutions. As in this too emergency they are demonstrating. "

In fact, the Alpha Commander has been on leave for many years, what the Armed Forces have to do with it? He spoke as a private citizen. (Art. 21 of the Italian Constitution: Everyone has the right to freely express their thoughts with the word, the written word and any means of dissemination).

But in this moment of national crisis the Constitution is probably suspended, only that Conte will tell us (maybe) in the next one direct Facebook.

Let me paraphrase Rhett Butler and state that, unlike other analysts, I believe that of ...
10231
Read

102 days of war brought to light many aspects of our country that were easily imaginable or we had ...
5212
Read

These days Ukrainian fighters are receiving arms supplies from NATO and other countries of the ...
10884
Read