Home Recommended Publishing The minister and history without battles and ... 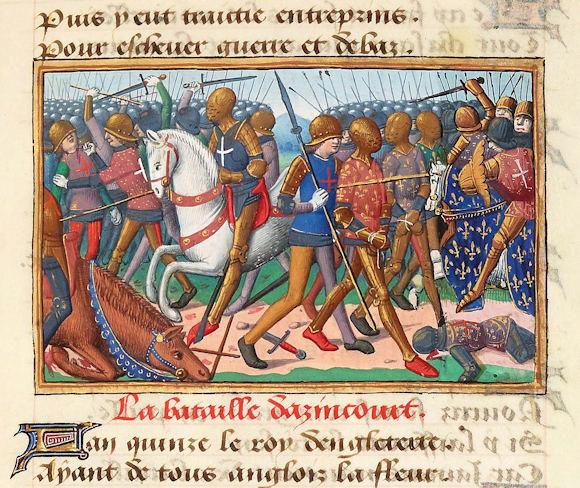 "I strongly believe in an approach to history that goes beyond the superficiality of the textbook. It is as if we were telling a story that is the book version of the Throne of Swords ... My son often asks me: Daddy why is history a sequence of battles? Then we complain that today's society encourages violence and conflict. History is not always a teacher of life but it serves to have a lens with which to read the future ... I care about students being able to deal with recent history. It is a problem that I do not know how to solve because the program is long, perhaps it would be worthwhile to introduce a specific focus on contemporary history ... History is also a way to understand how past generations have imagined a future and then realized it ".

These days he talks about history and a little provokes us, we who are "creative" ministers are experts, and brings to mind the fragrances of the minister Elisabetta Trenta, now replaced by the prudent Lorenzo Guerini (in a month it seemed the invisible man: he was heard only in the case of Renzi's split from the PD ... good, keep going this way!), to which we had not spared comments. 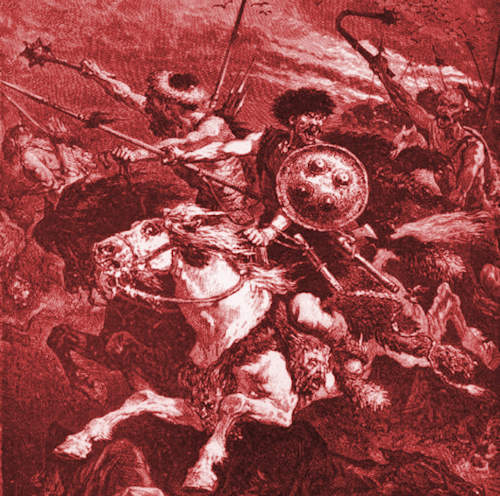 Given that a more engaging and less "academic" study of history could only benefit children, the study of battles, to read it as said, seems to be the cause of the phenomena of violence among young people. Thus, it seems that bullies are over-excited because they imagine the French cavalry blocked by mud and spades in Azincourt (miniature at the opening), they unleash like Huns to think about the Catalaunic Fields (image), they want to see the blood flow in haunted Hannibal with its wings it crushes the Romans on the Trasimeno or are taken by blind fury at the idea of ​​reinforcements that do not reach Napoleon and of the Old Guard that is wiped out at Waterloo. And when the battles of the past are not the cause of conflicts and violence today, then here is an endless series of wars, perhaps one of the rosaries left by Matteo Salvini.

Why do they occupy so much of history books? Why don't we cut the time between the 1337 and the 1453 that has the misfortune of hosting the Hundred Years War, the one between 1618 and the 1648 for that of thirty years? We almost ignore that of the six days, and it lasts a little, after all ... They are so ugly that they unleash the worst instincts.

What about contemporary history? The twentieth century from a short century can become the very short century, following the words of the minister: from the 1914 to the 1991 everything is ugly and bad, so we move from Belle Epoque to the Internet in a flash, because at the end of the twentieth century some nice French postcards circulated about the world after a hundred years and they had even got it right, apart from the fireplaces heated by uranium.

Minister Fioramonti, who may not read us5 not even, perhaps, he was referring, we believe, to great inventions and scientific discoveries, as inspiration for the new generations. Too bad that they have been used often (almost always ...) and willingly for war purposes or to cause subversion: the press, gunpowder, the stirrup, the train, the airplane ...

Ah, were you referring to literature, on which it is good to concentrate to be inspired to be better men? Excellent, why not start then with Ariosto and Bembo ... er, no: the liberated Jerusalem and the Orlando are not really examples of pacifism ... Better Dante Alighieri? Never mind ... Foreign authors perhaps help us more? Henry V, Richard III, Farewell to Arms ... Oops! 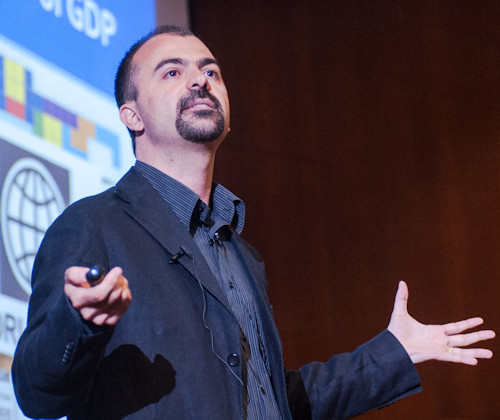 We will talk about art. Paolo Uccello, Michelangelo Buonarroti, Jacques-Louis David, Picasso ... Another hole in the water!

Of course, many of them do it to condemn the horrors of war, but they still talk about it. Wherever we tend our ears, unfortunately, we hear only "talk about wars and rumors of wars"6. Perhaps the author of this sentence was right, which he then added: "Be careful not to be alarmed; it is necessary that all this happens, but it is not yet the end ".

We think that the minister of crucifixes to be removed and replaced with maps7 (photo), be familiar with this quote and realize that, after all, if we think of the "crucifixes" we all come to mind also the many soldiers and auxiliary personnel who, in good faith and without partisan hatred, they gave their lives to serve the Fatherland8 in many battles, more or less heroic, as well as their families.

History is not made without great conflicts, because they are not an accident but an effect of our way of being human, always. We only hope that even these comments, which to some may have seemed unhappy, the minister in a near future may say, as of the aggressive comments of the last two years that "does not go proud". To us, in our own small way, they like those who admit they were wrong ...

Maybe he will also tell his son one day that the wars, as Abraham Lincoln said, they happen when we are not able to destroy an enemy simply by making them a friend, but also and unfortunately that, in the words of Plato, only the dead have seen the end of all wars.

2 Its the phrase of GDP as an impediment to building a better society (sic).

3 Ministry of Education, University and Research.

5 The Thirty also quelled us, his goodness.

7 ... and good smoke, someone added with contemptuous irony.

8 For their homeland, not just for Italy.