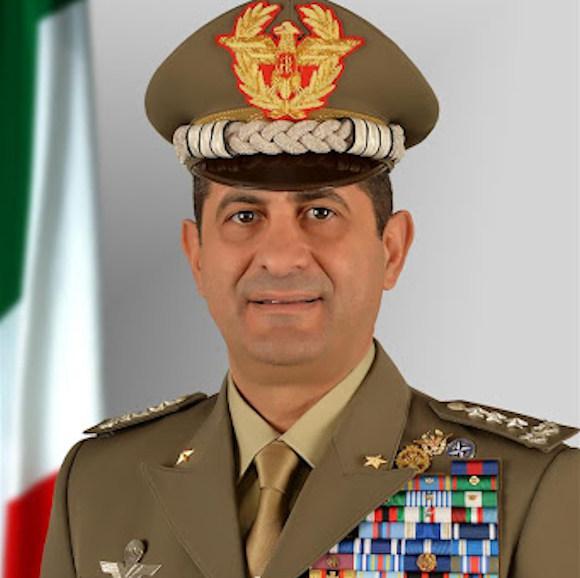 The appointment of a general to "patch up" the inability to manage a complex situation has created and still creates confusion, controversy and - perhaps worse - swear defense of the military.

We are facing italicamind - and with the usual rituals - a national crisis that is not "political" but "systemic": the "Pandemic" has put the entire planet to the test and represents an unavoidable verification for every system-country.

Italy? "Republic of tweets" in which four governments have taken turns in the last four years and which celebrates the victory over the "Twenty-year period" every year, manifests the inability of governments that do not last even two years on average. From the “Regia mistrust” to Mussolini (popularly nicknamed “the stinker”), 73 governments have alternated over the span of 78 years. 67 governments in 75 years from the birth of the Republic.

Even the humblest member of any movement or party cannot now fail to understand the underlying problem. Of course, his gloss could be: "we would all like to stay in government for at least twenty years ...". Here the mistake: confusing the cause with the symptom of evil.

Un gIs military olpe really possible in Italy? Too many fear or wish for it. When the Swiss Guards have deposed the Pope it will be - and must always be - lysergic fantapolitica.

The military what do they have to do with it allora?

The armed forces are not nothing more, nothing less than units of armed Italians. Once they recruited people who "believed", today - preferably - not even that ... "Otherwise after a short time they would demotivate", tells who selects ...

They are organized groups of fellow citizens with all the worst faults: vain, arrogant, envious, careerists, grumblers and whiners. If you visit the rooms, from the Palazzo to the hole between sandbags in the Operative Theater, you will find nothing but photos of Juventus, Rome, Milan or Naples (Lazio is on the rise with the new Army Chief of Staff) .

Il "extraordinary commissioner for the implementation and coordination of the necessary measures for the containment and contrast of the epidemiological emergency COVID-19 " (title for freedivers) is an extraordinary officer? Far from it. He is an ordinary professional in uniform, although with, yes, a remarkable curriculum.

What do they have then the military so special?

It's simple: they are part of a dimension of the state that it has continuity. They are Italians who enlist for a thousand different reasons but who have references that they don't change every year.

They are part of an organization that can or must (given the scarcity of funds ...) think for ten-year horizons, not daily or weekly. They can believe that what is planned today has and will have perspective.

They maintain parameters (especially financial) to be respected and administer as efficiently as possible. Careers, although perfectible, are based (in principle ...) on merit.

They have top commanders who last three years and who (as a rule) do not upset the work of the previous ones.

On the other hand, who do we find?

Let's start from abroad… They can be loved or hated, but if we say “France” we think Macron, “Turkey” - Erdogan, “Russia” - Putin, “Vatican” - Francis.

Do we have similar references in Italy?

There are positives in this System? Of course, for some: with a card and the right friends (or the right classmates) you can then bypass the merit until you get to Ministries in which without two degrees and a research doctorate, you could not even do an internship.

What will consequently be the motivation of those who spend years if not decades in those administrations…? ZERO.

Nobody ever takes the blame for anything. At most he takes on the merit of others.

Why can't employees with decades of experience aspire to administer or manage state-owned entities or companies in Italy?

It is therefore not by chance that the Italian country system does not exist. It is a definite and decisive interest of many.

- Let's start with crime. Does your power increase or decrease with the crisis? And, returning to the premise, do the mafias change references or programs every year?

- Those "placed" by politics in the administrations "disappear" with each new government or do they "multiply"?

- And i not elected Do they all return with dignity to their previous professions or are they placed in positions from which they should be excluded?

Can the national drama be a historic occasion? La Revolution (which in the Peninsula has not been seen since Silla's time!) No party or new movement can create it, but every Italian when realizing that è lo State to be founded: a greater good in which the mafias, especially the political ones, must no longer infiltrate.

"Fanoint da always like this", will anyone say? This is how a "party" works, whose term - let us remember - first has the etymological definition "divided": the opposite of what we must have as a horizon. We have to think about the state, not about governments, about a common dimension that binds the bus driver, the agent, the politician, the teacher, the student, the carabiniere, the pensioner, the comedian and does not separate.

If we discover that Defense, Health, Education, Information and why not, even Justice, are collective goods, and not "partisan", the country will survive the Crisis: the Pandemic and the health drama are a joke compared to what awaits us in the near future. It is useless to continue boasting successes compared to the year of the first lockdown… Take a stroll in the center of any city, do you remember how it was before? Well, we weren't growing even then, except in the zero point of convenience statistics.

If the small visions of the party are overcome, it will not yet be victory but the beginning of a change that will lead to the creation of sound national structures and administrations, with prospects of strategic and not political-tactical interest. Will the apparatuses of the Republic one day be authoritative tools to support the (five-year) ruler on duty, whose possible inadequacy will be secondary, if not entirely indifferent?

Are you wondering which party or movement to follow to bring about such a transformation?

Saving the country from an unprecedented social crisis is the goal, everyone chooses the means of transport they prefer, but think about the destination: a "revolution" triggered by an unconscious example, an Italian from a part of the country who simply "lasts in the time".

Let me paraphrase Rhett Butler and state that, unlike other analysts, I believe that of ...
9613
Read

Online Defense readers often ask me if it would be no less painful for Ukraine to give up and accept a ...
5147
Read

102 days of war brought to light many aspects of our country that were easily imaginable or we had ...
5075
Read

"The West has grasped the desire to create peace plans that should lead to a solution to the crisis in ...
2198
Read

Dear reader, For nine years Difesa Online has been fighting with its strength together with the help of some readers and sponsors. The...
6144
Read

Last week there was a controversy over the downsizing (decided by the previous government) of the military ...
3661
Read

For over a month the news concerning Fincantieri, the most important shipbuilding group in Europe, ...
14048
Read

These days Ukrainian fighters are receiving arms supplies from NATO and other countries of the ...
10721
Read

The Italian rhetoric of "with all the problems that exist, this is not the right time" is electorally understandable but ...
2025
Read