Home Recommended Publishing The coup d'etat of the coronavirus

The coup d'etat of the coronavirus 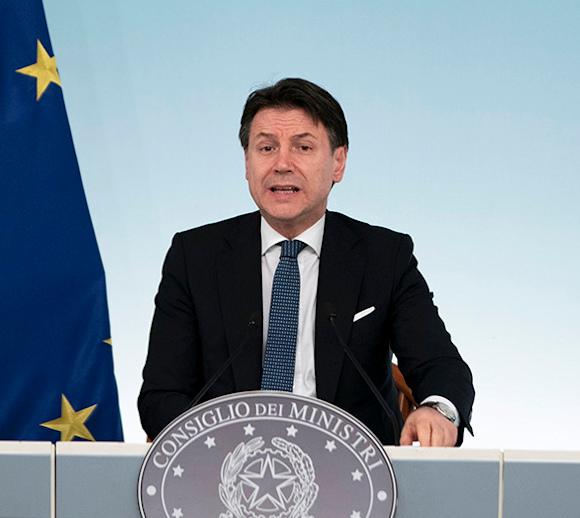 The army chief of staff, the leader of the Democrats and some governors have been put out of action. The press and the judiciary seem prone to the wishes of the new "master". MPs are too afraid of the threat and avoid attending assemblies. The ministers, like new carbonari, hide and communicate only from a distance. The chief executive fears for his own safety. The Catholic Church withdrew to the catacombs and ceased to publicly administer the sacraments and to call the faithful to a meeting. COVID-19 has occupied the most productive areas of the country and launches increasingly convinced attacks throughout the territory. The capital itself seems on the verge of falling. Its strength is so great and devastating that even the major European cities seem defenseless in its passage.

We are governed, not only in Italy, by characters in search of an author, during a scene reminiscent of the fall of the barbarians or the last days of Berlin in 1945, but ... even if De Gasperi, Count Cavour, the chancellor returned from the dead Bismarck, General De Gaulle and Abraham Lincoln, also all together would struggle to make decisions. The enemy is unpredictable and therefore invincible, at least playing under current conditions, a bit like Napoleon for the armies of theancien regime.

What happened during the night is a unicum in the history of Italy and a very serious precedent for the rule of law in Italy and throughout Europe. Warning: we do not blame the government, but the invincible forces of COVID-19. The constitutionally guaranteed freedoms of almost a third of the voting citizens were limited by a simple decree of the Prime Minister, without any parliamentary passage by a majority (more than) qualified, for the simple fact that deputies and senators are more frightened by the contagion than by the need to sanction the legitimacy of an act of the Government. If they weren't terrified of COVID-19, probably some newspapers, prosecutors and political leaders would talk about an obvious case of attack on the Constitution, Of a coup d'etat: however, its authors are not the ministers of a small small government, but germs invisible to the naked eye, which have shattered our certainties and established the dominance of the tiny over the large. 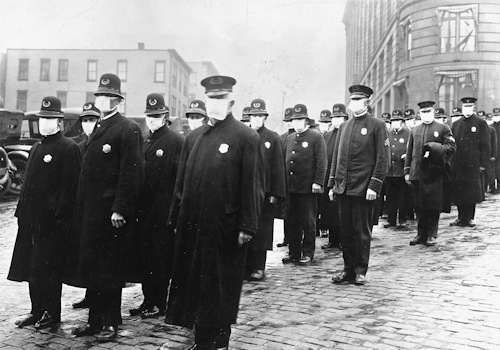 Never and for no reason, not even at the time of the Spanish flu epidemic (photo), limitations of similar magnitude had been imposed, in fact the forced homecoming with the signing obligation for millions and millions of Italians, with the sword of Damocles of the "penalty" for each violation, with a justification that smacks of compulsory mass medical treatment. A thing that from the legal point of view looks like a monster and that from the scientific point of view is only an experiment to limit the damage, given that soon the number of infected people in Italy will approach the Chinese one. Could it be because since February 21 we - and a few other States - have been doing thousands of swabs and tests a day, while countries like the United States, Turkey, Japan and Russia have limited themselves to telling tales useful for continuing to do business, business as usual?

The reader knows that we consider COVID-19 to be the greatest challenge to all humanity in recent centuries and that WHO calls for extraordinary measures. Yet what is too legal from a legal point of view, from a scientific point of view it already promises to be too little. Yeah, why what is being imposed on us had already been deemed useless by the Chinese: in the province of Hubei, the People's Republic has forced citizens into their homes, has stopped public transport, has forced millions of people to wear gloves and masks when leaving, and only in this way has it achieved (very) appreciable results.

Those who believe in the usefulness of such a measure, too drastic for the Italian rule of law and too lax from the Chinese point of view, should ask themselves a few simple questions:

Despite all its shortcomings, we believed the Italian legal system immune from the need to resort to "special laws" to handle major emergencies: the COVID-19 did what the strategy of tension, the years of lead, the mafia massacres and Islamic terrorism have not even come close to doing, bending the seemingly solid republican institutions like a rush. So, one realizes that the United States, Russia and Turkey are terrified of opening the Pandora's box of coronavirus, doing thousands of tests like us, South Korea, Iran and few others: they are even less certain of the strength of their systems.

Net of the "winds of war" that blow from the east, Italian public opinion is totally focused on the elections ...
5088
Read

On January 19, the handover for the national contingent, which has been involved for over 6 months, should have taken place ...
4816
Read

We have praised almost subversive the "extraordinary commissioner for the implementation and coordination of measures ...
3553
Read

After 22 months of detention, the Egyptian student Patrick Zaki was released (although he was not cleared of ...
4451
Read

"I work only for myself" thus, between laughter and grunts, the protagonist of the animated film says at one point ...
1197
Read

The new commander of the MIASIT mission and the related support staff will reach Libya but have not been ...
6945
Read