Home Recommended Publishing The scenarios of the "second wave": million ... 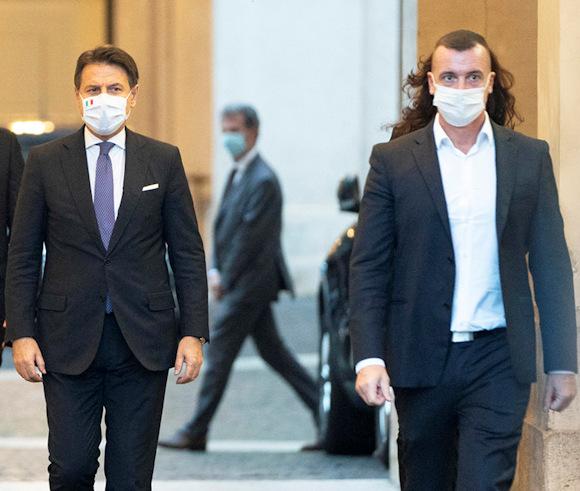 My wife asks me to stop writing about COVID-19 since I started being a Cassandra novella on Online Defense on February 21 (the day of "patient zero" who was not such) describing an incredibly realistic scenario of the spread of the pandemic in Italy (including the massive and indiscriminate use of cremation), on March 9 anticipating "the forced home with obligation to sign for millions and millions of Italians ", on 18 March foreseeing a" devastating economic crisis caused by the coronavirus ", on 7 April denouncing" a real holocaust in the RSA ", on 26 April writing (while the TG talked about vaccine ready for distribution in September: have you seen it?) "that we are not sure that a vaccine will ever arrive nor can we have any illusions about the times", on 21 July announcing that at the end of the summer we would be "faced with figures to three zeros "and" following massive swab campaigns "the cases intercepted would have been" a few thousand every day ", on 13 September resolutely claiming that France" is four to five weeks ahead to us in what more than a second wave promises to be an avalanche and… has well over 5% of the population infected by Sars-Cov-2 ”. I leave you out the rest of the "prophecies" of recent months ...

At the request of someone brave and with a bit of reticence, I decided to write these few lines. 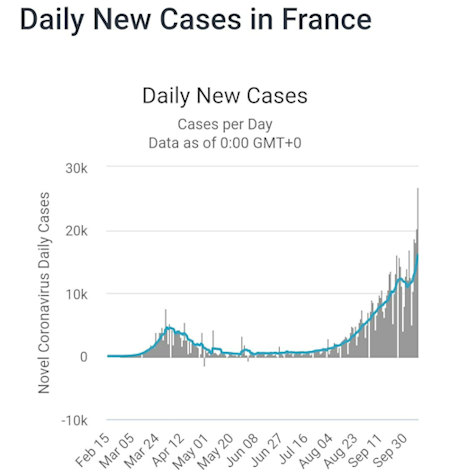 First of all, don't be frightened by the 5.500-5.800 daily cases of the past week: in France, Israel, Japan and Spain, all countries ahead of us in what we improperly call the "second wave" the number of "positives" found it exceeds the peak of last March-April by 3-4 times: therefore, it is realistic to expect that starting from October-November and for several weeks the positive swabs will be over 20 thousand every day. We could also seriously expect 30-40 thousand “positives” every day.

It goes without saying that our leaders, nationally and regionally, could try to "choke" the bottleneck of the ease of swabbing precisely to reduce the emotional impact of the pandemic and delay unpopular restrictive measures. We are not entirely opposed to this: given that 95-98% of cases are asymptomatic or paucisymptomatic and often escape the screening methods, being able to trace 5 thousand instead of 20 thousand means very little, given that the pandemic has almost reached the size of a flu epidemic with a few million fellow citizens currently infected.

It is useless to have illusions: it is very likely that that conjunctivitis or rhinitis are caused by the notorious SARS-CoV-2 instead of the other coronaviruses that normally cause "parainfluenza syndromes" in autumn and that end up in the network of distancing and masks more and better than their "Chinese cousin". The same fate will befall many strains of the "old" flu, which in Australia has already almost dwindled to a flicker.

That said, what can we expect in Italy?

Let's say that the possible scenarios are above all two: one that will cause 30-50 thousand deaths in a year - and it is the "good" one - and one, decidedly more "bad" that will cause double deaths due to one or more "peaks" . 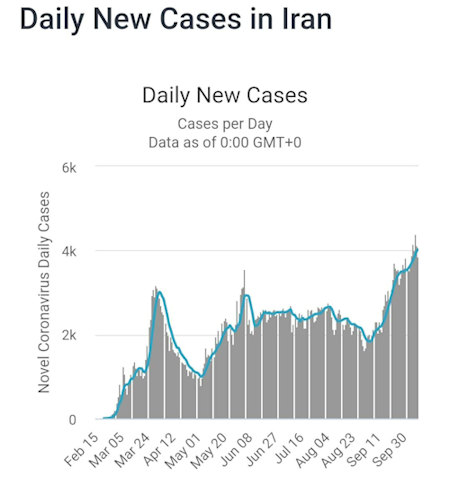 The first could be defined as the “Iranian scenario”, that is characterized by an almost flat curve and a high number of infections, as well as by an important lethality but not capable of bringing a nation to its knees.

We must not be afraid: a "robust" flu epidemic is able, between October and March, to reap 20 deaths even in a developed country like Italy and in the absence of a hysterical tracing such as the one underway for the COVID-19.

Just the deaths from flu will be in much smaller numbers, at least partially compensating for the "carnage" of SARS-CoV-2.

The second scenario, on the other hand, includes a series of "losses of control" at the regional level, with contagions in exponential growth and collapse of the health system limited in space in areas with high human density and over time by imposition - often irrational and with short-lived - of drastic lockdown locals.

It goes without saying that only the management errors of politicians can cause this second scenario: in itself, COVID-19 kills as much as a normal virus of which we still have limited knowledge and for which, it should be noted, an effective antiviral is lacking more than a vaccine.

I really hope I was wrong this time.

Photo: presidency of the council of ministers / worldmeters.info

Let me paraphrase Rhett Butler and state that, unlike other analysts, I believe that of ...
8771
Read

Online Defense readers often ask me if it would be no less painful for Ukraine to give up and accept a ...
5061
Read

102 days of war brought to light many aspects of our country that were easily imaginable or we had ...
4989
Read

"The West has grasped the desire to create peace plans that should lead to a solution to the crisis in ...
2179
Read

Dear reader, For nine years Difesa Online has been fighting with its strength together with the help of some readers and sponsors. The...
6087
Read

For over a month the news concerning Fincantieri, the most important shipbuilding group in Europe, ...
14004
Read

These days Ukrainian fighters are receiving arms supplies from NATO and other countries of the ...
10637
Read