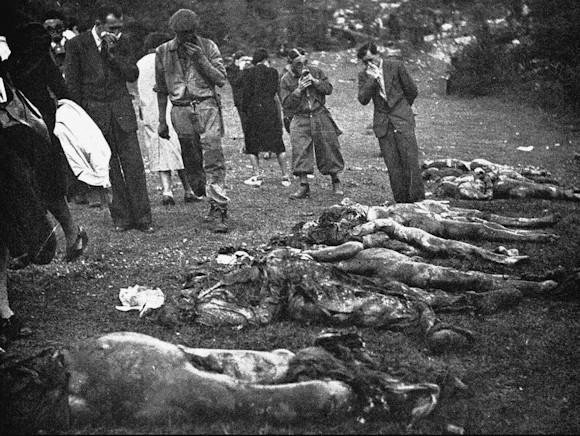 It seems absurd, but an entire generation of Italians has remained unaware of the crimes perpetrated by the partisans Tito, towards the population of Italian ethnicity, who resided in Dalmatia and Istria.

The objectives of Tito's partisans were clear. The Yugoslav government, already from 21 August 1944, began to reclaim all the territories inhabited by Slavic populations that were not part of Yugoslavia, including Istria and Dalmatia already part of the Austro-Hungarian Empire, before 1918, request that the British, American and Soviet governments supported and formally guaranteed.

So, for the Allies, the important thing was that Tito would continue the fight against the Germans, if atrocities were then committed against Italian civilians it didn't matter.

As evidence of the fact that the Tenth MAS was absolutely autonomous with respect to the directives of the Germans, on October 12, 1945 in Milan, the Commander Borghese had gathered all his battalion commanders to address the issue of eastern borders.

Pula, Trieste, Rijeka and Zadar were the targets of Titus' Slavic troops who progressed in conquering the Julian-Dalmatian territories.

Indeed, the IX Korpus Yugoslavian, about 10.000 partisans trained in guerrilla tactics by Soviet agents of the NKVD, began to rake the Italian population, an operation that began with the collapse of the fascist regime on 25 July 1943. About a thousand Italians were captured: the first victims of a long series.

In April 1945, with the collapse of the Third Reich, the IX Korpus he had a free hand to occupy the territories inhabited by the Italians. THE Tito they occupied Rijeka and all Istria, starting the summary executions of civilians.

Between May and June 1945 thousands of Italians from Istria, Dalmatia and Rijeka were driven out of their homes, the "lucky ones" ended up in concentration camps in Slovenia and Croatia, the rest of them touched the sinkholes.

Karst fractures were the tombs of many people whose only fault was that of being Italian.

Typically i Tito they proceeded according to this method: they tied three or more people together, and fired on the head of the one on the edge of the foiba, the weight also dragged the others who, if they did not die immediately due to the fall, would later die of starvation.

After the war, the Italian Left threw oblivion over this matter, Togliatti even wanted to give Friuli to Yugoslavia. While the Christian Democrats had to yield to pressure from Washington because, following Tito's break with Moscow, Yugoslavia could constitute a bulwark to the Soviet advance in Europe.

Net of the "winds of war" that blow from the east, Italian public opinion is totally focused on the elections ...
5852
Read

On January 19, the handover for the national contingent, which has been involved for over 6 months, should have taken place ...
4836
Read

After 22 months of detention, the Egyptian student Patrick Zaki was released (although he was not cleared of ...
4472
Read

"I work only for myself" thus, between laughter and grunts, the protagonist of the animated film says at one point ...
1206
Read