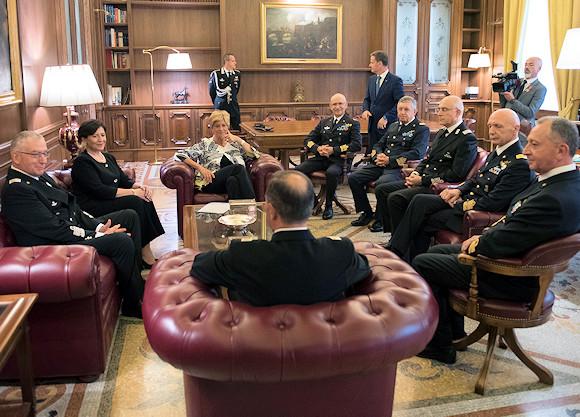 A month has passed since the political summits were ousted by a new political class that, to the cry of "revolution", should have put an end to decades of decadence and subjection for Italy.

The institutional change is now almost complete. What is missing? We are waiting for the facts, they say in many.

The biggest obstacle? The "diligent" structures of the previous political class remained intact. A "middle ground" that historically survives every facade change.

An example? The Libyan flop of the interior minister last week. Could it be avoided? Certainly.

Who "supports" the executive's decisions? A summary of intelligentsia (diplomats, professors and ...) that has resoundingly failed in previous years. Will it be necessary to intervene?

If the price only served the policy in the elections we could also respond "better, chissenefrega!", But Italy pays him. You can not watch silently.

Italian Defense for years it was aimed at political propaganda. This is not a personal opinion, it is the reality witnessed by almost all the military.

A shameful exploitation supported by years of "mutism and resignation" (of convenience, certainly not a legacy of naja ...).

Have you at least paid? Far from it! The alleged "beneficiaries" have been swept away. Even those who had their "feuds", the so-called "armored colleges" ... 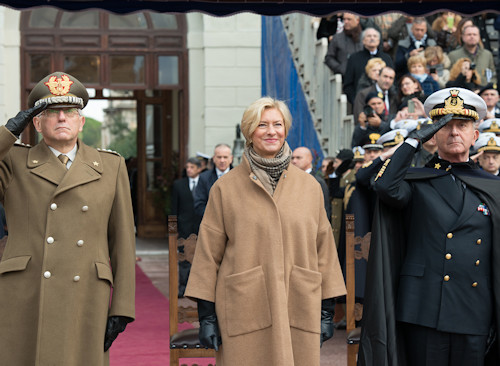 Why did it happen? As a naive journalist, I simply believe that Truth has not been respected. A desire to spread a "military culture" has been vaunted and then everything has been censured.

The current summit, Minister of Defense Trenta, could unblock almost the free information from the operating theaters?

Reporters are needed both to inform the people and to show how taxpayers' money is spent. Specialist journalists can detect details, sometimes vital, that have escaped, perhaps due to addiction, to the soldiers who have been allocating for months on site and providing analyzes or other important contributions.

The release would therefore be desirable, but what it would take to interrupt a trends who saw the journalists embedded switch from 261 2006 46 2016 if then even a chief of staff of an armed force is free to answer a question without the prior control and approval - political - of the ministry.

There is a huge amount of work to be done on communication in general. To begin with, stop making a distinction between the "benevolent" and "enemy" press, but, at the limit, between the specialized and generalist press. Not out of malice, but out of honesty towards the public. This is not to mention the understanding of the difference between "information" and "propaganda".

A journalist is the interface with the citizens, "our employers" to use terms dear to the 5 Stars.

Then there is a "particular" aspect of the national military world: if at the time of Napoleon "oEvery French soldier wore the marshal's baton in his gibernate (degree superior to that of general, not of sergeant major ..., nda) "Today the career, except sporadic exceptions, is made by avoiding errors, remaining in gray, without" chapels ".

We are heirs of men who have performed miracles in seemingly impossible businesses in history. Today, however, a soldier, a carabiniere or a sailor who tries to find - IN GOOD FAITH - a solution with a courageous decision is only likely to see his career compromised. We do not talk about discipline or compliance with directives, we talk about ways of looking for results. Should not the initiative be encouraged? 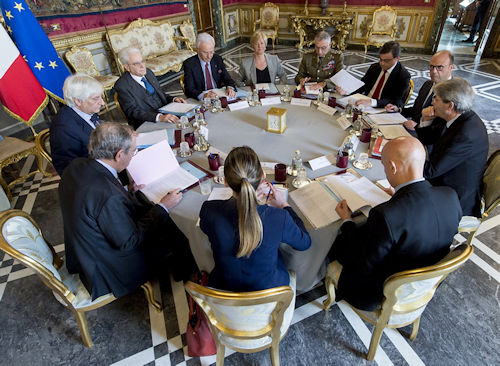 Defense: end of the complaint?

If a newspaper calls for an interview with a soldier, whether a soldier or a chief of staff, a civil servant or a minister, they spend years without even a formal answer. And in case it is granted? Normally you want the list of questions, perhaps coming to be granted the meeting on condition that you "filter" topics.

The result? A country where truths still exist that the military do not have to face.

Dear Minister Trenta is aware of the (internal) provisions of the previous administration? Because if this is not the case we need to clarify: either we share the limitations and we resign ourselves to a world of fearful people who do not say "they should face an army" but at least an unannounced question ... or they are taught to respond in good faith and maybe, like every human being, to "make a mistake".

The alternative? To see the scandal or indignation if a reader writes to this paper believing that a passage of the intervention to a conference in which the chief of the air force has participated was censored (two video broadcasts would have been made: one public and one reserved - more "informal" with the questions of the staff - for the internal network of the armed force, v.lettera). Some commentators have pointed out that the offending release should never take place, not even for a joke, by a chief of armed force. We respect them but we do not agree because the tragedy here is, we repeat, that the military is not allowed to make mistakes. We are not talking about bombs on targetswe speak of nothingness, of the inevitable, of the terror aroused by an unhappy joke.

we at Online Defense we have been waiting for years for the availability / freedom of the chiefs of staff to be interviewed. We are sure that in the face of the previous executive's censorship policy, the current military leaders will have fought and repeatedly submitted their resignations (as did GENERAL Pierre de Villiers when President Macron announced cuts - previously denied - to Defense). 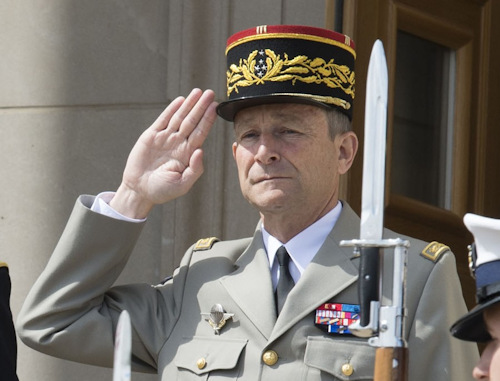 The fact is that, even today, in the absence of the suspension of the directive (sustainability) for which to open his mouth in front of a journalist even the head of 40.000 men must have the (political) permission of the cabinet of the Defense Minister, the atmosphere seems unchanged.

Our De Villiers, for "punishment", have been extended for a year (more), probably certain that the "armor" (where I had already heard this term ...) of the post of Chief of Staff of the Defense will be unavoidable for the new Minister of Defense in a few months.

Do you still need to avoid jokes?

I remember three years ago when we visited the IDEF, the Istanbul Defense Show ... Unexpected and surprised by the presence of Italian journalists, Lockheed Martin executives invited us to the press conference on FXFUMX for the Turkish media: Italy was brought in the palm of your hand! The collaborator who was with me, however, at his turn of the questions literally embarrassed them by listing the infinite number of problems encountered by the program up to then. The manager (after changing face color) replied that every journalist, being twenty, could ask a single question, the others would answer later.

When the press conference was over, the Lockheed Martin representative's press officer came to me and said that within an hour (it was lunchtime) we could ask any question to the executive. The LM summit at the agreed time was punctual and smiling waiting for us.

We hope that the American school in relations with the public will take hold in Italy too: they are not 10, but at least 1000 years ahead of us. At least in this area.

And the problems of the Joint Strike Fighter program were not brought to light by the press. The Pentagon and government offices pointed out to you! But in Italy, so we would pass from revolutionary hopes to dreamlike ... 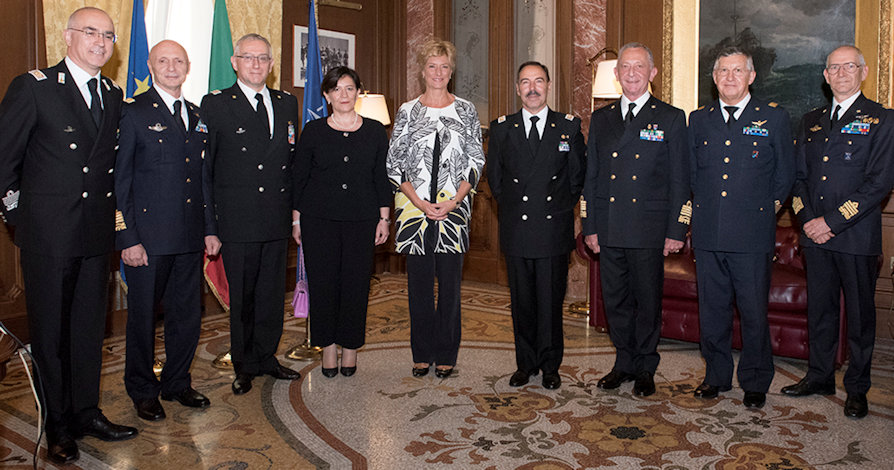