Erdogan: unprejudiced genius or mad adventurer? In any case it should be feared 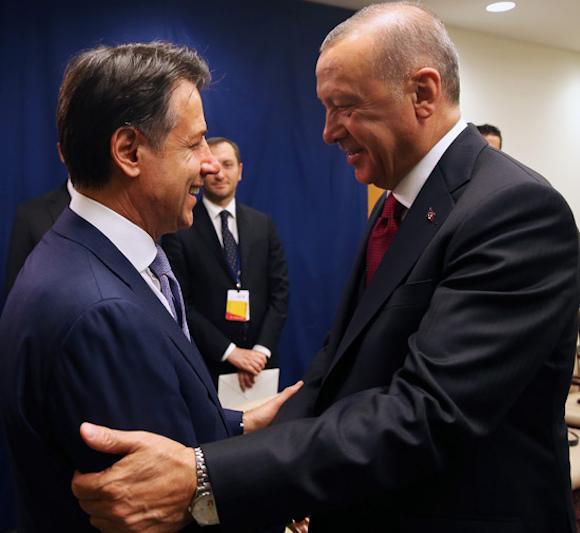 The best comment on the meeting between the Turkish ambassador and our young Foreign Minister, Luigi Di Maio, summoned to the Farnesina to tell him how "unacceptable" the "Primavera di pace" operation is against the autonomous Kurdish state in Syria and that Italy would have supported European actions, I heard it at a bar just outside Florence: "It must have been like a meeting between a schoolgirl and Pacciani". No, the Tuscan customer is wrong, not because the political leader of the Five Stars does not have the somewhat crazy and self-defeating naivety, for the interests of Italy, of education, but rather because the Turkish leadership is not represented by a brute ripper but from one thinking mind.

It is a leadership, as Machiavelli put it, that knows how to alternate fox and lion, but one that has a clear concept: for a "prince" it is better to be feared than loved. And it does nothing to hide it.

Let's start by saying that I never expected to see at work - albeit in less truculent form - purges in Europe during my life: instead, Erdogan in the last fifteen years - first as chief executive, then as president of the republic - has managed to "purge" the Armed Forces twice and, in general, the intelligentsia of the Porta.

The first time he did it with the blessing of Brussels, with the excuse of democratizing the country: he thus removed military leaders and above all eliminated the secular "Kemalist" protection of men with the stars on that country's leadership. How Europe, to make the Turkey system more politically correct, managed to facilitate Erdogan's seizure of power will be the subject of study for decades to come: the streets of hell are paved with very good intentions ...

The second time he did it after the failure of the mysterious July coup 2016. If he escaped from a real coup and has so easily reversed the situation, the character deserves a hat. If we think of the way in which Gorbachev had escaped the coup of August 1991, it seems even more evident that Erdogan has drawn strength, not delegitimization. 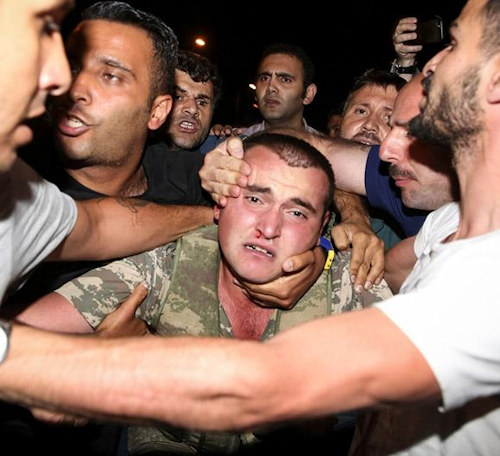 If, as the malicious ones say without proof, the coup d'etat never occurred and was only a diversion to liquidate potential opponents, then we are facing a 21st century political giant, because it is doubtful that any leader with authoritarian tendencies, although with excellent control over the country, would have risked "pretending to be dead" even if to re-emerge stronger than before ...

Let us add that after having seen the miserable failure of Greater Serbia, Greater Croatia, Greater Albania, the new Russian Empire, etc., I would never have expected to observe the steps of a new Ottoman Empire, albeit under cover more suited to the times.

Let's be clear: if Renzi, Di Maio or Salvini came to tell us that they intend to play in the Mediterranean according to the rules of the Mare Nostrum and of a new Roman Empire, if necessary putting their feet in the face of those who stand in the way, at the very least we would take them ourselves to raspberries, accusing them of having taken too many grappas.

Turkey has not laughed at Erdogan and his neo-Ottoman design, also because he himself has been able to adapt it to the circumstances with great flexibility: from simple privileged relations with the countries of Turcanic culture, it has gone to support radical-separatist groups in neighboring countries, up to projecting the Turkish Armed Forces in a stable manner in the surrounding territories. In the end, he started moving Porta's troops directly outside the borders, permanently occupying a portion of Syrian territory and then, these days, attacking Rojava in depth.

No, we do not like it and do not believe it to be in conformity with international law, but undoubtedly we are faced with a political design pursued with uncommon tactical intelligence.

Above all, I would never have imagined finding myself in front of a NATO member country that could have invoked Article 5 of the Treaty, when one of its F16s shot down a Russian Sukhoi Su-24, in the famous accident of 24 November 2015, and then playing an ambiguous game with President Trump's United States, arresting a "spy", receiving sanctions, making peace with Moscow and buying the S400 anti-missile system from the Russians. 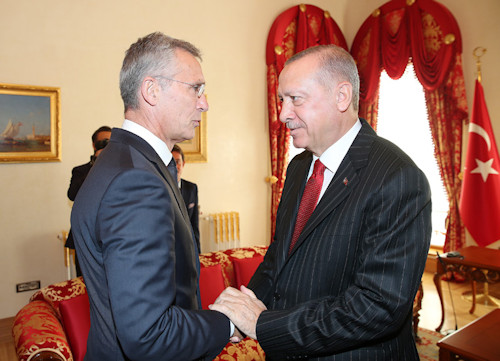 All of this remaining a full member of NATO, not even subject to limitations to its role as a leading Alliance country. That the Turks did well many times certainly does not mean that it will always go well. However, the fact that Trump abandons the Kurds in words is more than an indication that the United States is not opposed to the design of Erdogan, rather ...

The Iranian military maneuvers and the protests in Damascus are indications that Ankara is not only pursuing its own interests. I am ready to declare that I have caught the situation badly, if the Atlantic Alliance suspends Turkey, instead of imposing simple sanctions. But you will see that it will not happen. At least, not in the short term.

I would hardly have expected to find myself in front of a country that manages beauty - so to speak - of 3.614.108 registered Syrian refugees, equal to 4,4% of the Turkish population. Like Muhammar Gaddafi with migrants in Libya, Erdogan makes a very unscrupulous political use, aimed at obtaining economic and political advantages. On this point, I would like to invite readers to a personal reflection: asylum seekers on the first question in the entire EU in the 2018 were 580.000 and in the 2015 at the peak were 1.256.000. In short, a third of Turkey, which, in hindsight, has a very strong pressure weapon.

Moreover, Turkish action unexpectedly seizes the conspiracy theories that see Israel - sponsored by Washington - as the dominus behind all the Middle East crises. Ladies and gentlemen, this time Jerusalem was displaced by Washington, among other things, in the midst of a political earthquake inside the Jewish state, and its precious Kurdish ally was pulled out from under its nose. All this was done by that Turkey which for decades had been Israel's most loyal friend. 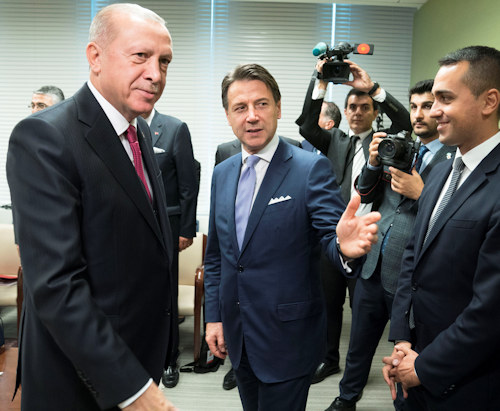 Finally, Ankara has demonstrated its ability to move its Armed Forces, even after an important purge. Which raises the suspicion that our men in uniform are subjected, in Italy, in the recent past and also in the present, to purges of men, far more devastating means and organization.

Other than the five rifles denied by Prime Minister Conte (v.video) to give a scholarship: Ankara has a good military budget, in perfect NATO (2,5%), twice as large as the Italian one (1,3% - less than 1% without Carabinieri Weapon..., ndd). Certainly, we are far from the 8,8% military spending of Saudi Arabia: but in Turkey there are, so to speak, the petrodollars that the Casa al Saud has.

What conclusions can we draw from this? That it is worthwhile to stay at the window, eventually selling weapons systems and weapons to both the Turks - unless the West does not consider a general ban, also involving Russia - both in Rojava, which can pay them by virtue of the gas resources and oil companies in the area and that can easily defend themselves by virtue of largely mountainous terrain and above all tactical capabilities demonstrated in eight years of conflict in Syria.

It is absolutely necessary to avoid an excessive visibility of unilateral and uncoordinated actions against Turkey, both for our interests and for our objective political-strategic weakness, given that the Turkish leadership is intelligent and able, as we have seen, but also extremely vindictive.

Mind you, they would not raise a finger against a young minister, but they could do a lot of harm to hundreds of small, medium and large companies that have invested and against thousands of compatriots who live, work and do business in Turkey. In short, calm and chalk. And if you sometimes help the Kurds as they deserve, let them be armed too: to impose a general ban on the arms trade would be a gift to one of the parties.