Home Recommended Publishing Draghi: "Erdoğan is a dictator". End of ...

Draghi: "Erdoğan is a dictator". End of pro-Turkish politics? 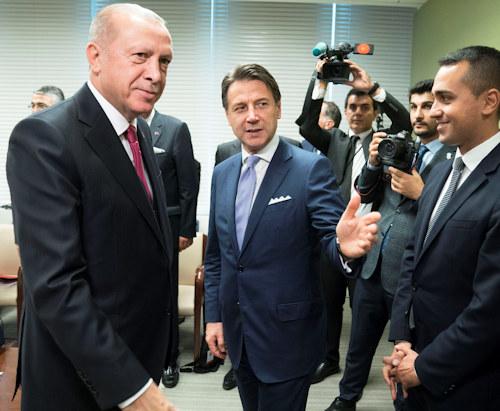 The scene in which the president of the European Commission, Ursula Von der Leyen, remains without a seat in the official meeting with the Turkish president, belongs to the cultural sphere (certainly it is a serious offense to the European Union) however we Italians are interested up to a certain point.

After years of absolute submission to every initiative of Ankara in the Mediterranean and Libya (especially by the Farnesina), Prime Minister Draghi has finally expressed what most Europeans have been thinking for some time now: Erdoğan is just a dictator.

In recent days the news is that the Sultan of Ankara has arrested 10 admirals of the Navy - including some names in sight - because they had signed a document in which they expressed their opposition to the construction of the Istanbul canal.

Why is the construction of the canal so important for the Turkish president?

The Montreux Convention of 1936 was intended to regulate navigation and passage through the Straits (Dardanelles, Bosphorus, Sea of ​​Marmara).

Turkey, therefore, has full control of access to the Black Sea, non-riparian countries can only stay there for 21 consecutive days.

These limitations can cause strong tensions with the Americans, who intend to have a greater naval presence in the Black Sea, given the strong conflict in the region.

Conversely, Ankara needs its regional power policy not to be hindered.

The canal will connect the Black Sea north of Istanbul to the Sea of ​​Marmara in the south, thus circumventing the limitations imposed by the Montreux convention.

Hence the concerns of Draghi who hopes for help from the new American administration to reduce Erdoğan's claims in Libya and the Balkans.

From a country unable only to air the threat of the use of military force, we can only appeal to our historic Ally to be able to count for something in Libya. Tripolitania is currently controlled by the Turks, who intend to stay there for a long time.

Accusing Erdoğan of being a dictator, Draghi is trying to loosen the Turkish-American alliance, recalling the American president to those democratic principles that are the basis of his political path.

The problem is that Americans are more pragmatic and ideological: if the Turks do not harm their interests in the region (but instead create the conditions for a greater presence of Washington in the Black Sea) they will hardly intervene to limit its expansionism.

We have praised almost subversive the "extraordinary commissioner for the implementation and coordination of measures ...
3172
Read

After 22 months of detention, the Egyptian student Patrick Zaki was released (although he was not cleared of ...
4233
Read