Home Recommended Publishing It should disturb the feeling of déjà ...

It should disturb the feeling of déjà vu, not that Tofalo was wrong! 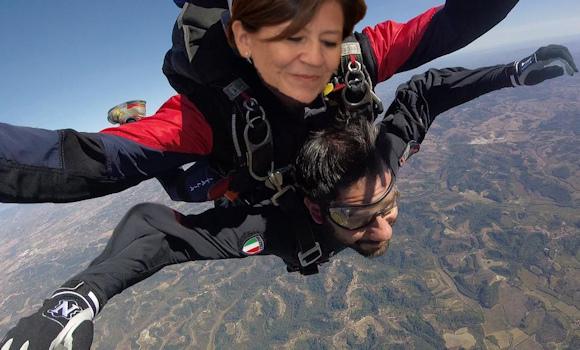 The Undersecretary of Defense Angelo Tofalo shared on his Facebook page a video that - as he pointed out to the media storm triggered - "ran in all the Defense chats" (you see).

The video is the umpteenth use of the most famous outburst of anger for a parody: we have seen it hundreds of times for themes ranging from sport to politics, from veganism to health (v.links). The sequence, taken from the film "The Fall", rewrites - with the addition of sarcastic subtitles to the original sequence - Hitler's reaction to his summits. Those few minutes are the icon of the feature film and have been so intense as to save an otherwise rather off film.

In the offending video the old representative bodies are attacked and they should be replaced by the new military unions and the Minister of Defense is praised.

"It is totally inadequate for an undersecretary, therefore a representative of the state, to publish such a video on his official profile. Obviously we distance ourselves from this choice, which violates the usual and necessary institutional grammar " - it is what finally made known to the press by the entourage of the Minister of Defense, Elisabetta Trenta.

Now, if we examine the matter calmly and with a minimum "union" of intelligence, we should be aware of some evidences but also of a shadow ...

To begin with, the Hon. Tofalo did he make a mistake? To read many comments would seem safe and frankly (when we stop giggling for the sequences) we will probably agree; however, we remember that the undersecretary did NOT make the video and that, like any other citizen, he shared it on the Facebook page. An undersecretary, however young, can continue to be human, therefore fallacious?

The opposition is asking for them resignation of the undersecretary? This is political custom: it is always dramatized and any opportunity to attack an opponent is good. I still remember friends shocked for having witnessed in the past, from behind the scenes, to ferocious and insulting verbal clashes during political tribunes on television culminating with ... a hug and a "where do we go to eat?" To unlit cameras!

Where is the shadow? It is located in the "distance" of the minister. We have already lived in the past the experience of a minister of defense who, faced with accusations against a subordinate, has hastily joined the attackers even asking for the leave of a carabiniere. Remember? (v.articolo)

Well, this headline has always rebelled against such lightness to highlight that the accusations were not only groundless, but rather contradictory (v.articolo).

As happened with the previous minister, the Trenta will be able for a long time to turn serenely among men and women worried about a superior incapable or - worse - unwanted to defend them? Too many precedents begin to accumulate ...

Image: photomontage from photos of the Ministry of Defense