Home Recommended Publishing After Tofalo's words, all we have left is Sa ...

After Tofalo's words, only Salvini remains ... 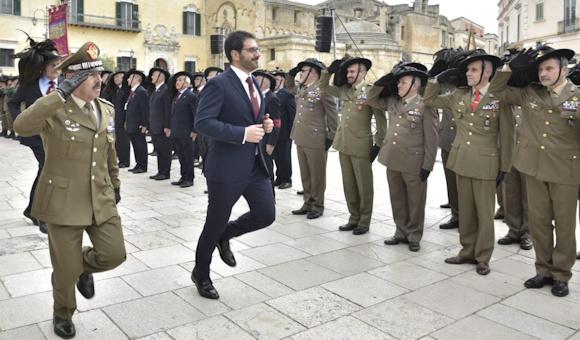 The minister Elisabetta Trenta and the undersecretary Angelo Tofalo are personally honest, but in their political action in recent months they have resembled the thieves of Pisa: they have quarreled during the day for the benefit of the cameras, but then at night, when the direct lights are off, they both carried out the program of their political movement towards the Defense and the Armed Forces.

Unfortunately for the minister, the newspapers every day report articles on the rampant dissatisfaction of the military of every order and degree and of the political-government circles towards her. Thus, the young Tofalo, has sinned of naivety, trying to publicly differentiate himself from a minister that we could define "in free fall".

The intention, apparently, was to show goodwill, no hostility towards the vice premier Matteo Salvini and his availability to a succession with the League's consent; unfortunately for him, he ended up confessing his and his minister's mortal sins.

In practice, he told us that the head of the dicastery for a year ago is a political-electoral campaign but also that he himself is incapable of managing information flows within the Defense and of exercising healthy leadership towards his subordinates. More: he admitted beautifully that he receives external inputs - not identified but we hope consistent with the position he occupies - rather than coordinating with the duty personnel.

The reader does not need to remind him that we are talking about in an area - the security of the country and the forces entitled to defend it - in which confidentiality, competence, obedience to superiors and teamwork can make the difference between life and death . Even more: we are talking about issues on which the national interest clashes with the actions of disturbance and espionage by external powers.

Here, this is how "a boy with strong values, a serious and passionate person" in an attempt to be "a tool to reorganize and improve delicate sectors" ends up confessing that he is conducting a personal crusade against "garments and garments of the past" , that to what is given to know are cadres of the ministry and graduates of the Armed Forces ... with whom he should work for the country. 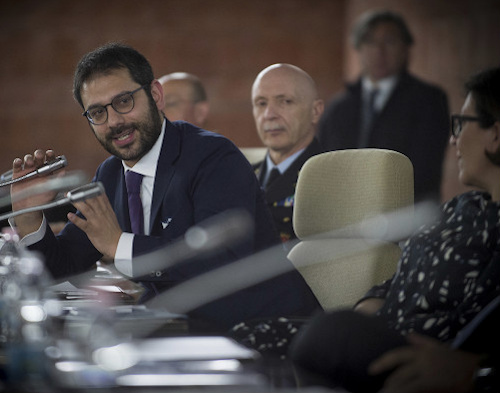 Thank you for being, Mr Tofalo: we do not criticize you for what you have said. Her candor in admitting the mistakes of others ... and her weaknesses spared us the extra credit to her political party, who took some distance from you but did not ask her to resign, which they should have done for wisdom politics if what you confessed was just your own sack. No, he just escaped control of his Movement and for a moment showed us the naked king. And at least I didn't like it.

Borrowing the words of some readers of Online Defense, recently consulted, we could summarize by saying that a part of the majority seems to pursue the demilitarization / desacralization of the armed forces as an objective to transform them into a "unionized and politically obsequious salary".

What remains in our hands after the "Tofalo affair", apart from a very singular confession?

We are left with the other shareholder of the government majority, that Matteo Salvini whom the writer has often criticized and who in the face of the challenges for the country of the next six to eighteen months (stability in North Africa, public accounts, Chinese intrusiveness, cyber security etc. .) has the opportunity to do a lot, also because for the moment it enjoys a very broad personal and party consensus. He who never misses an opportunity to show solidarity with the police force that goes beyond his duties at the top of the Ministry of the Interior. Here, take a stand on this sector, the Defense, which employs over three hundred thousand men and women, but which - if you pass the term - with the related business covers almost a tenth of the electorate. Don't be frightened by this hot potato. Request clarity from the Allies on the management of the sector. Expect a lot, because what the young undersecretary “confessed” is serious stuff. Bread for the teeth of a leader.